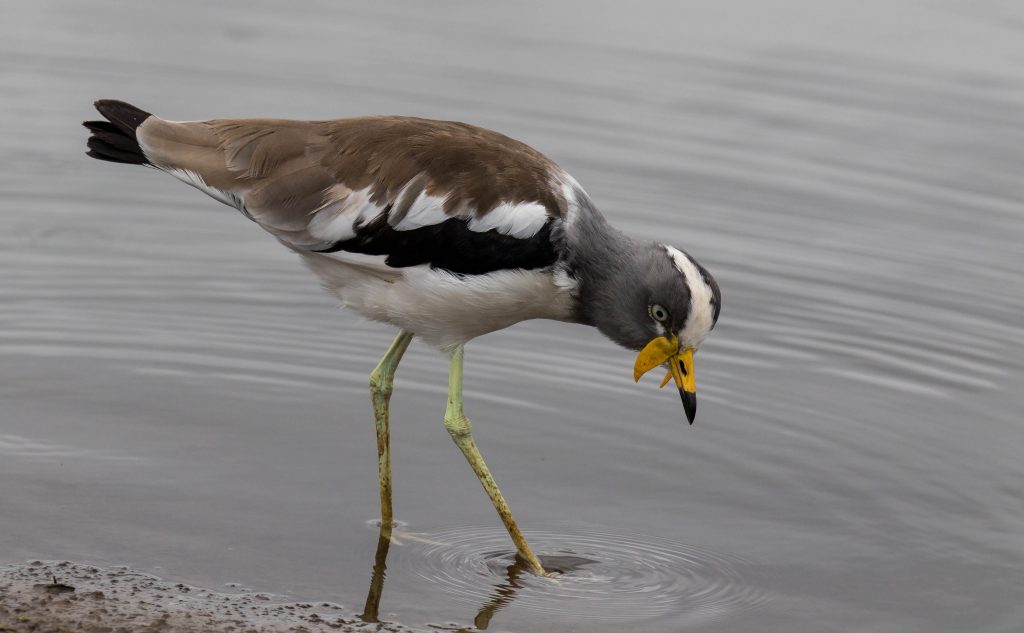 The White-crowned Lapwing (Afrikaans name Witkopkiewiet) is usually found on the river and island sandy banks in the northern regions.

It is a strange looking bird with its long yellow facial wattles. This bird is considered as Near-threatened and is an uncommon resident. 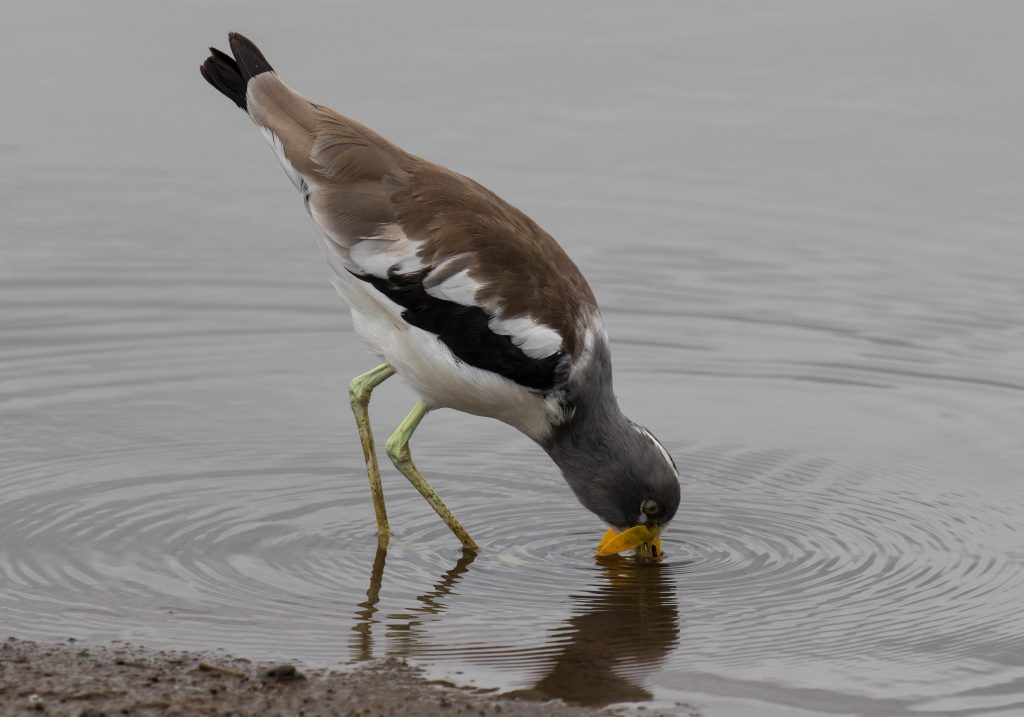 They feed mainly on insects, frogs and even small fish. They nest in a shallow scrape in the sand not far from the rivers edge, which makes them vulnerable to unseasonable flooding.

We managed to find these at the Sunset Dam at Lower Sabie in the Kruger National Park.