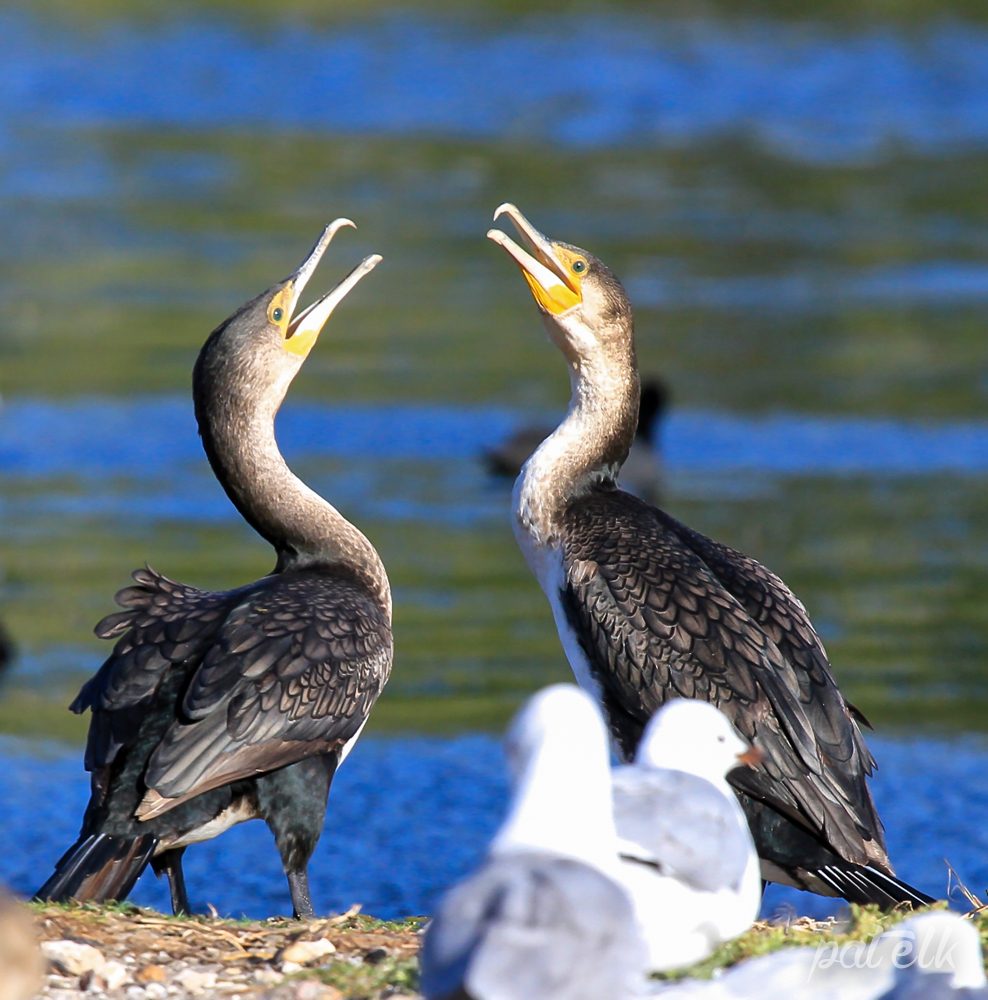 It was wonderful to see the interaction between this pair of White-breasted Cormorants (Witborsduiker, Afrikaans name) as he tried to woo her with a stick. 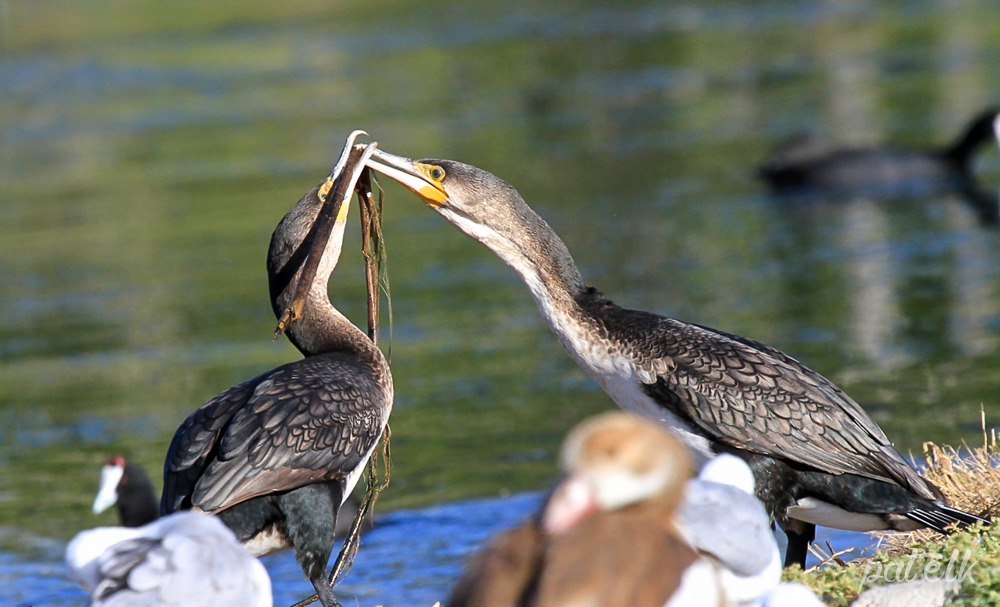 He would pick up a stick or piece of plant and offer it to her whilst she at times was acting a bit standoffish to his overtures. 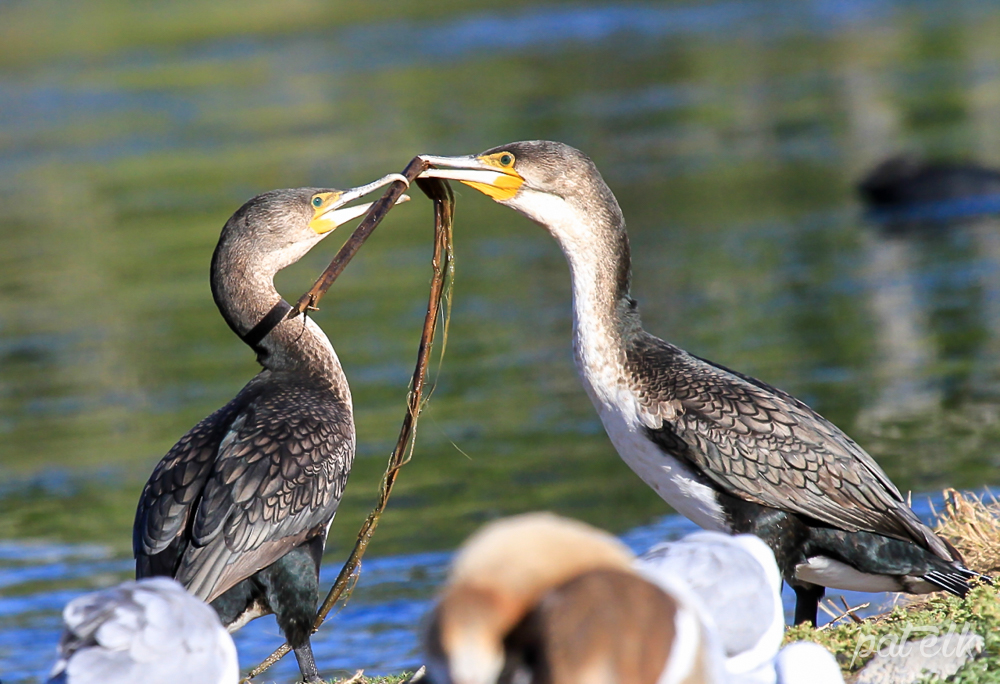 They passed the stick to and fro between them giving off low guttural sounds. 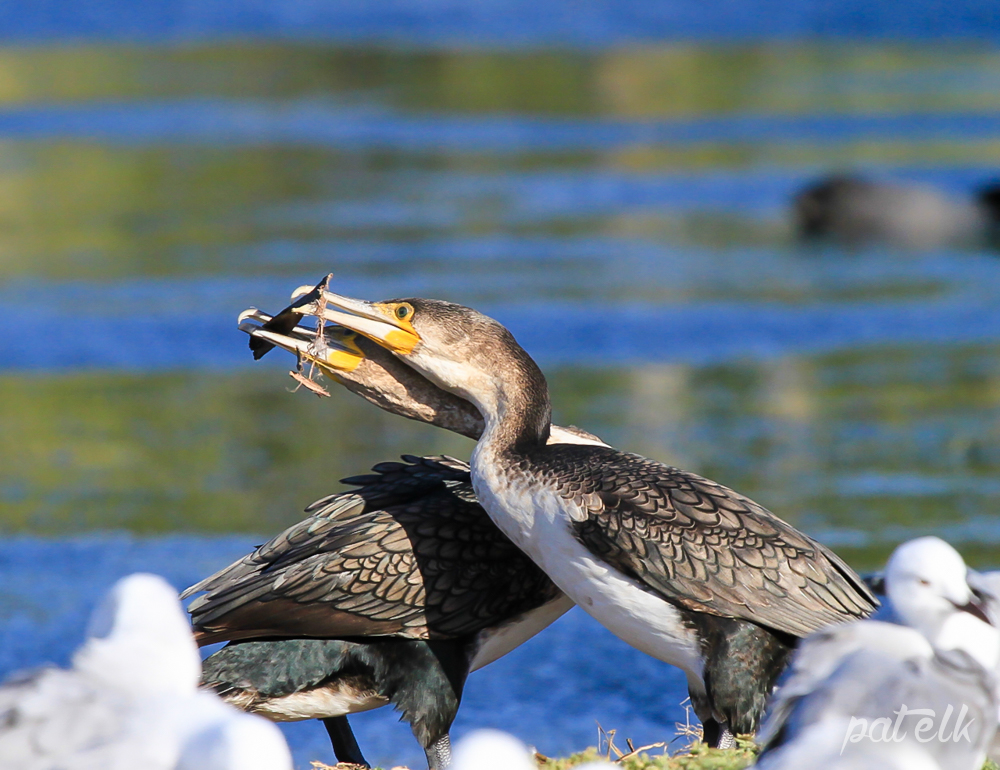 Back and forth as she warmed up to him a bit. 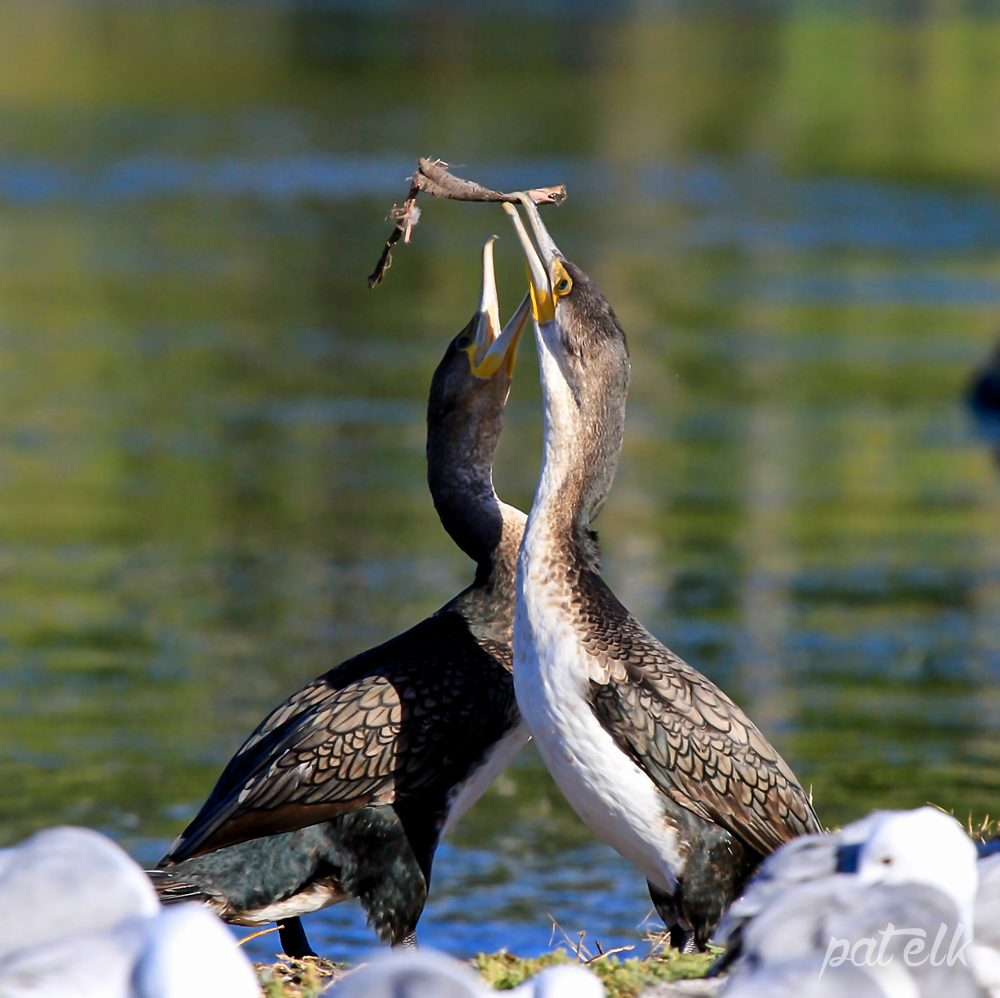 Accepting the stick and giving it back again. 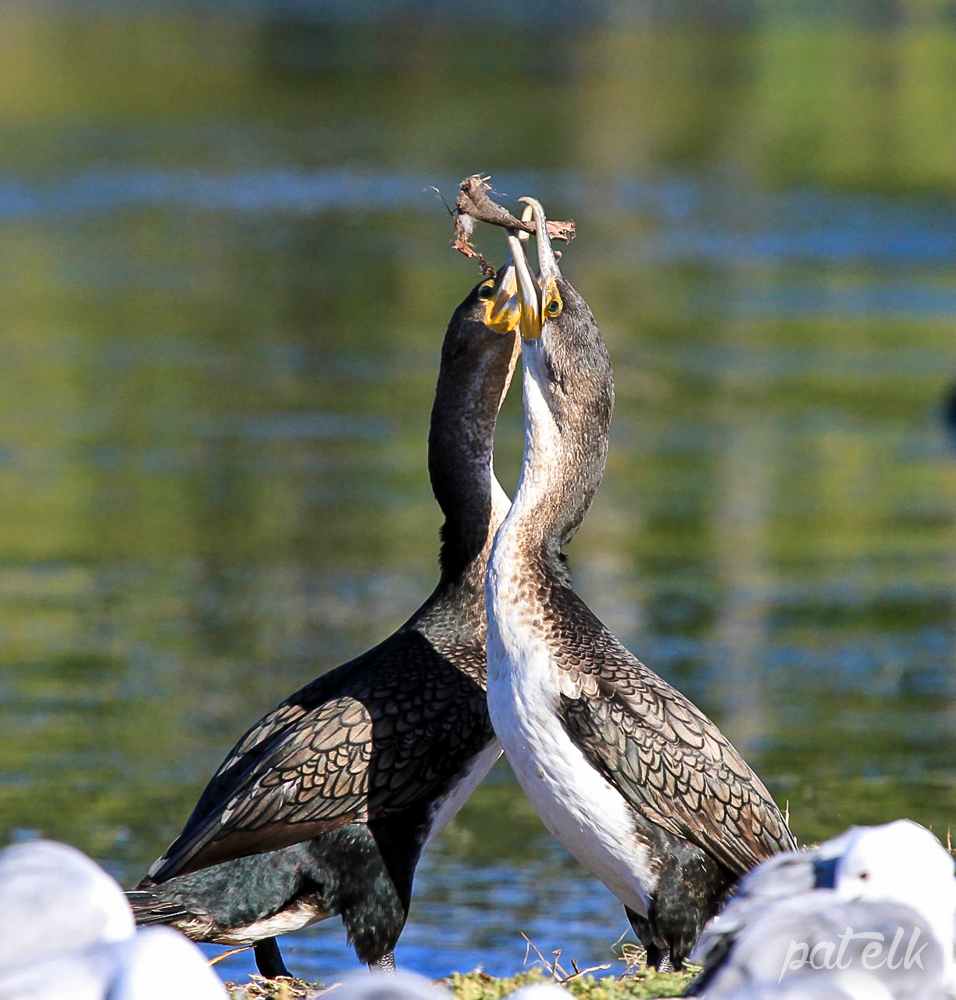 Love is in the air and they eventually flew off with the twig to make a nest somewhere. Both White-breasted Cormorants take turns in the incubation.