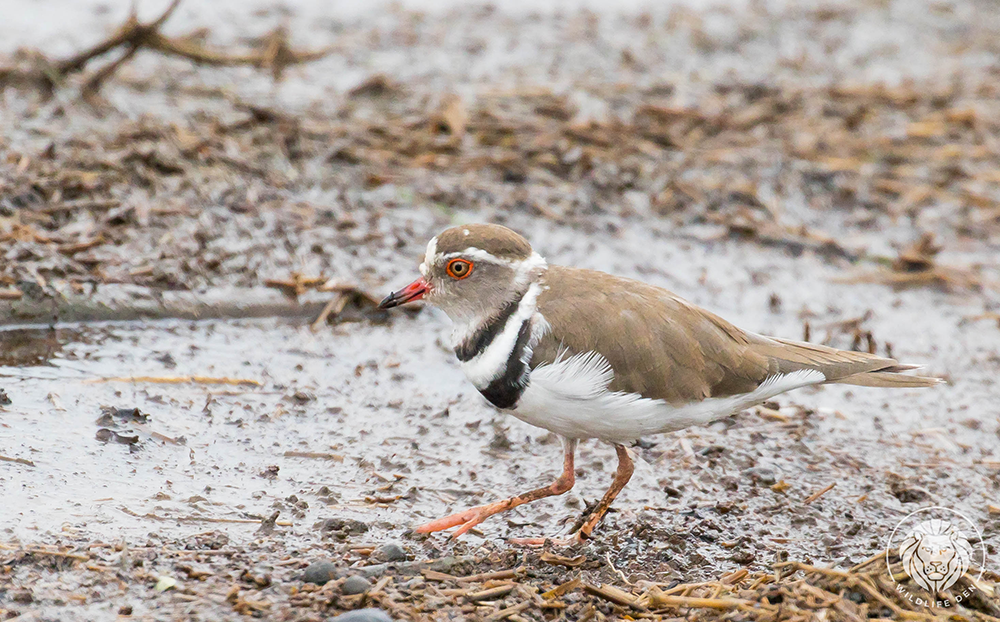 We frequent Intaka Island fairly often. Actually as often as we can get away. We have also joined the Facebook Group, Friends of Intaka. All the members post photos of various happenings around Intaka and help each other identify birds. It is a great group of people who add so much value to your experience. 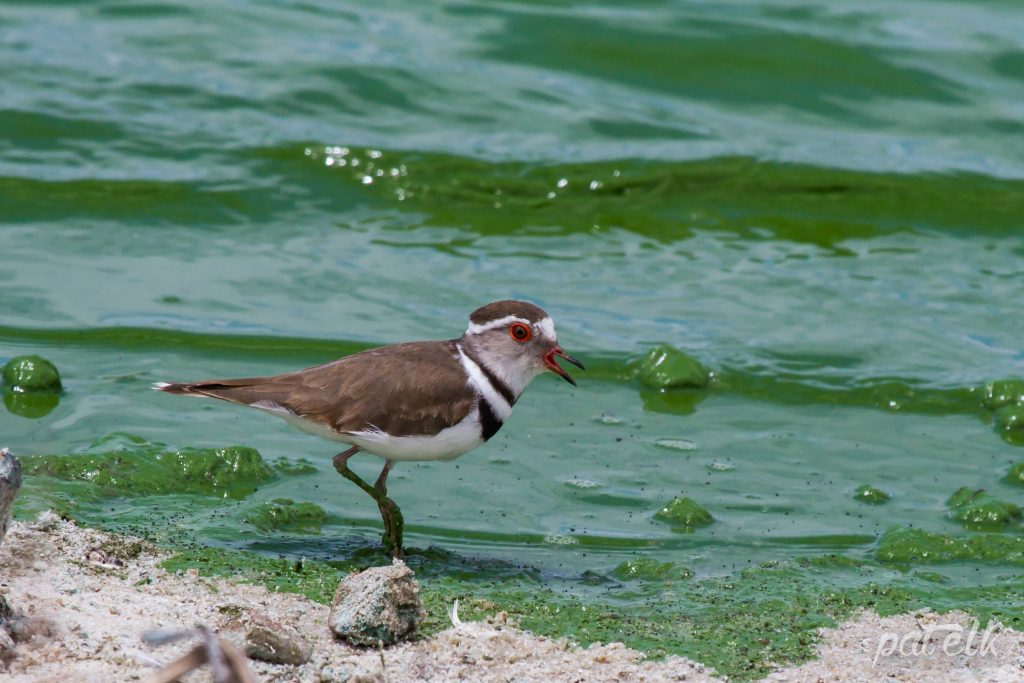 While at Intaka last week we spotted this Three-Banded Plover, (Afrikaans name Driebandstrandkiewiet),he was all alone and was so well camouflaged that I didn’t even notice him at first, I thought he was a small rock until he started moving. 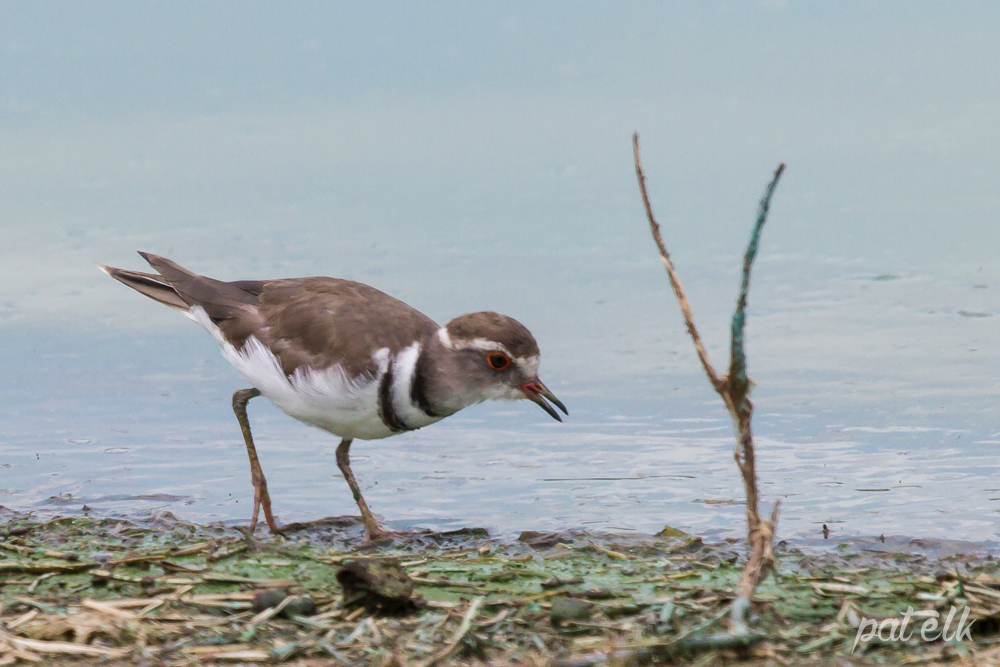 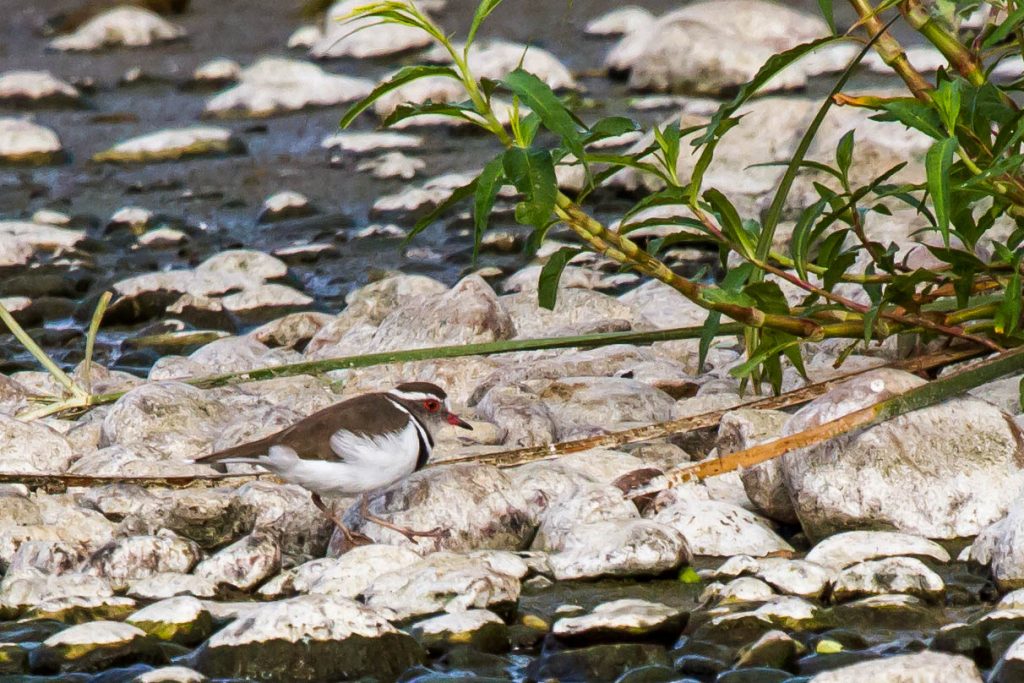 He is a fairly common resident of freshwater wetlands, streams and farmland dams. The regional population is around 25 000 birds. 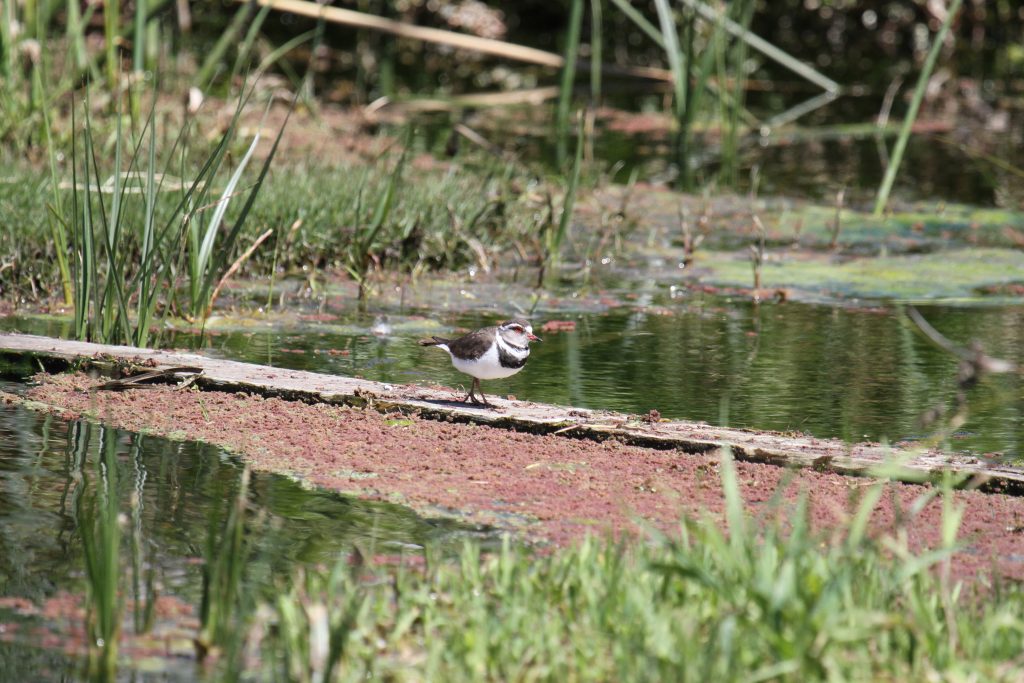 According to the Intaka group this was a first time that he had been seen there.