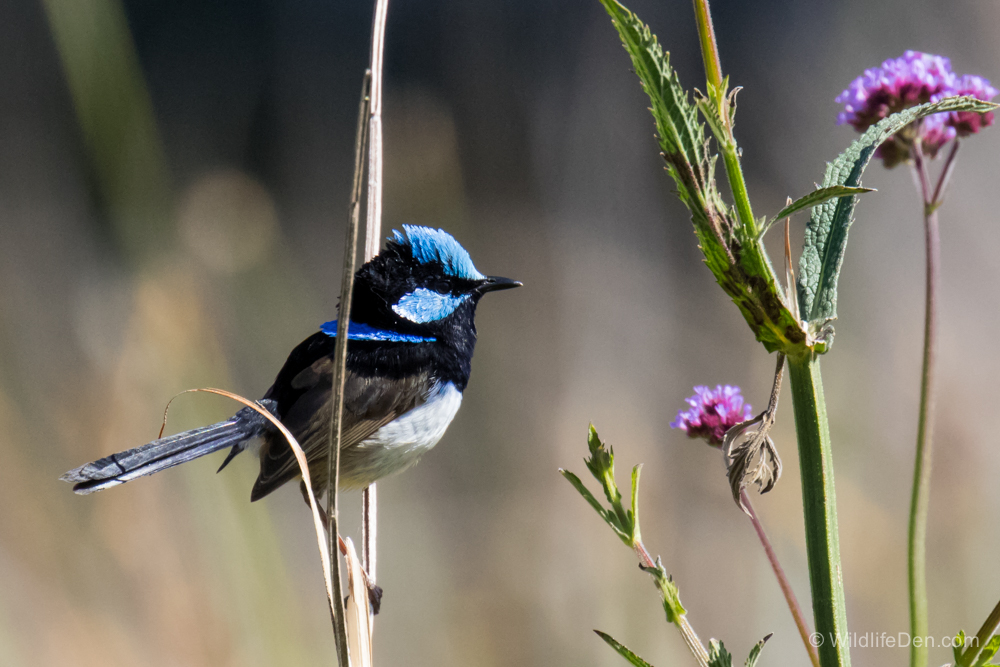 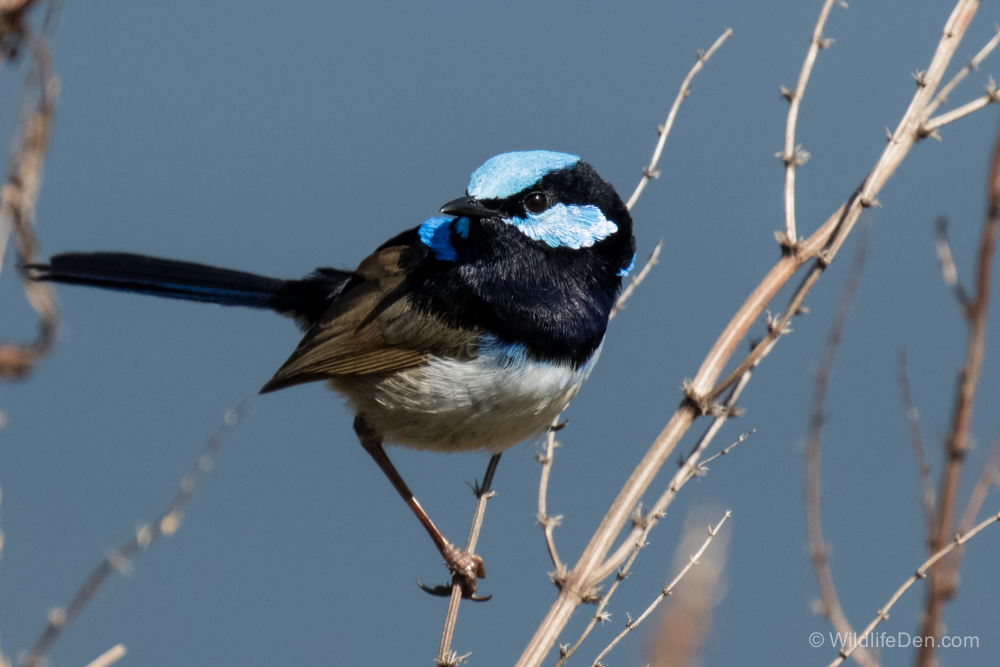 It is a tiny little bird weighing in between 8 and 12 grams, The male has iridescent blue colouring during the breeding season, whilst the female is a brown colour with a wash of orange across the eyes. 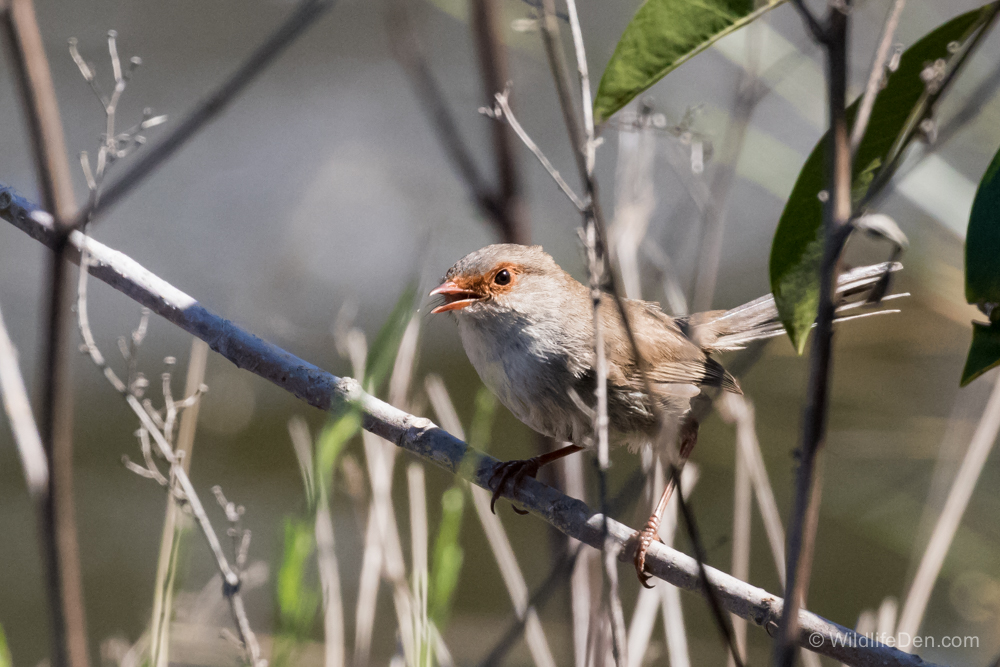 We happened across this pair in Centennial Park in Sydney, the male was displaying and singing to the female whilst she played hide and seek, darting out every now and then to collect nesting material. 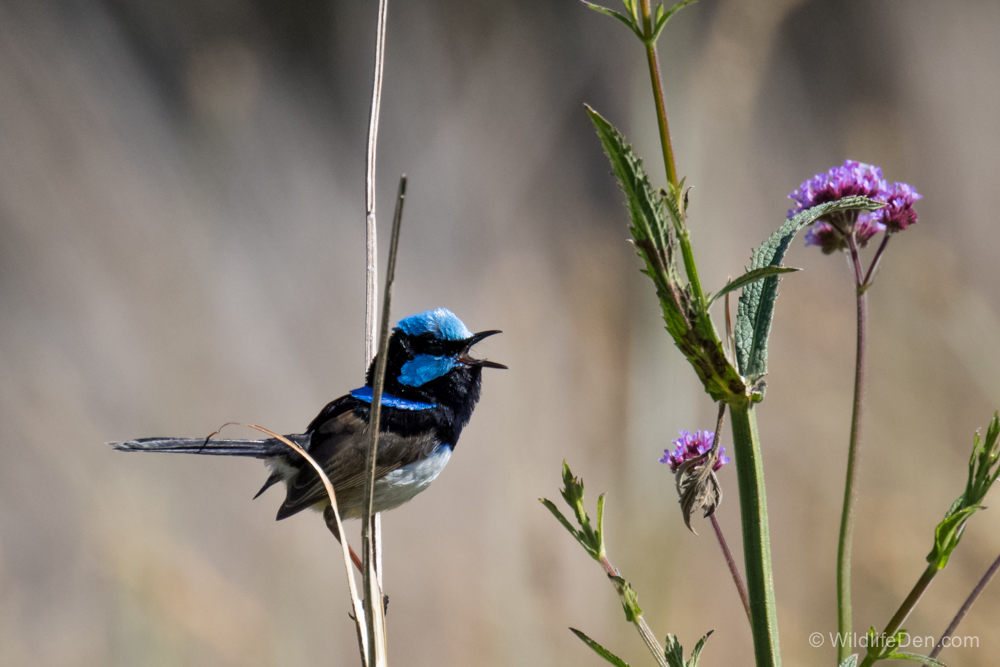 Such a beautiful little bird, like a little gem in the wild. 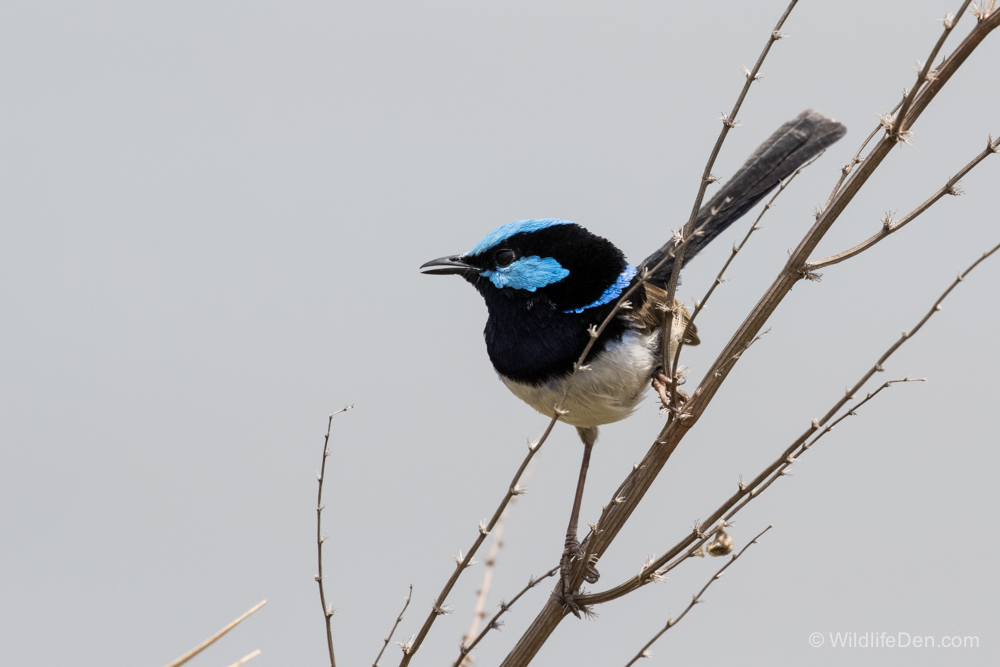