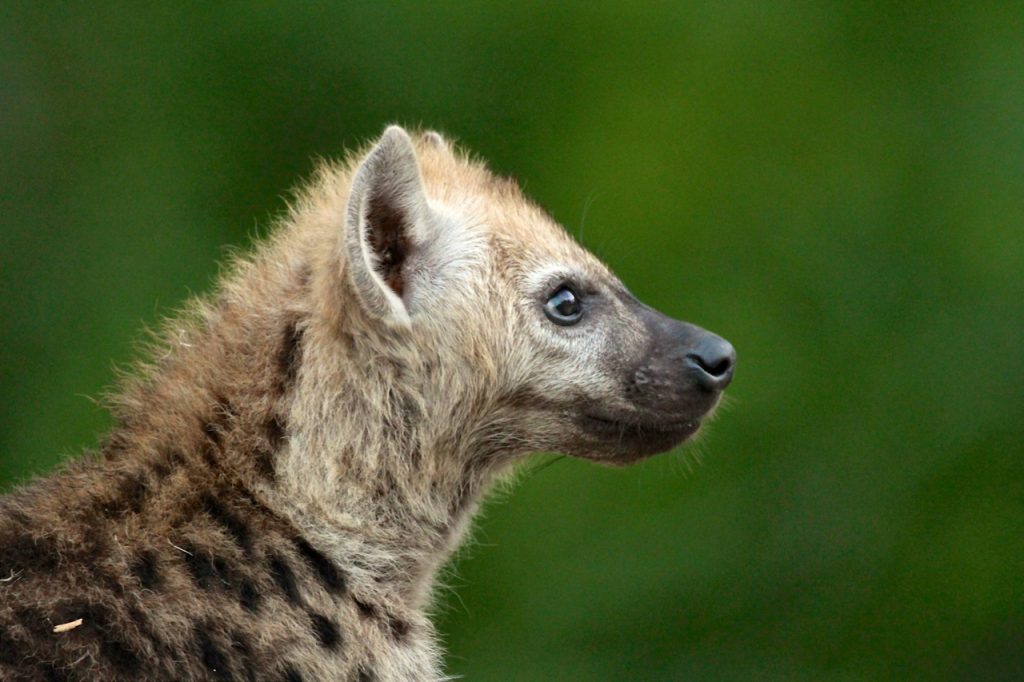 We were on an evening game drive in the Mala Mala Game reserve when we came across three male lions who were walking very purposefully across the veld. We followed them for a while until our guide mentioned that there was a Spotted Hyaena (Afrikaans name, Gevlektehiena) den nearby and hoped that the lions had not picked up their scent. 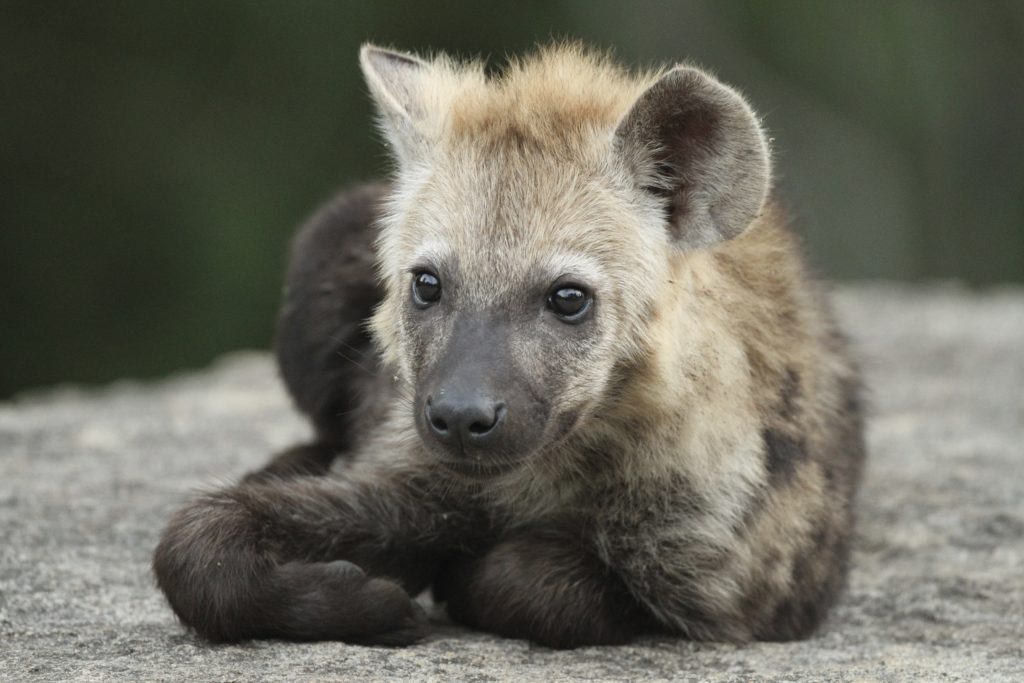 A short while later the lion trio veered off and as there was still enough light we decided to go check out the den and see if we could sight the pups. From quite a way off we could pick up a really bad smell of something rotting, our guide told us this was fairly normal due to large bones lying around. 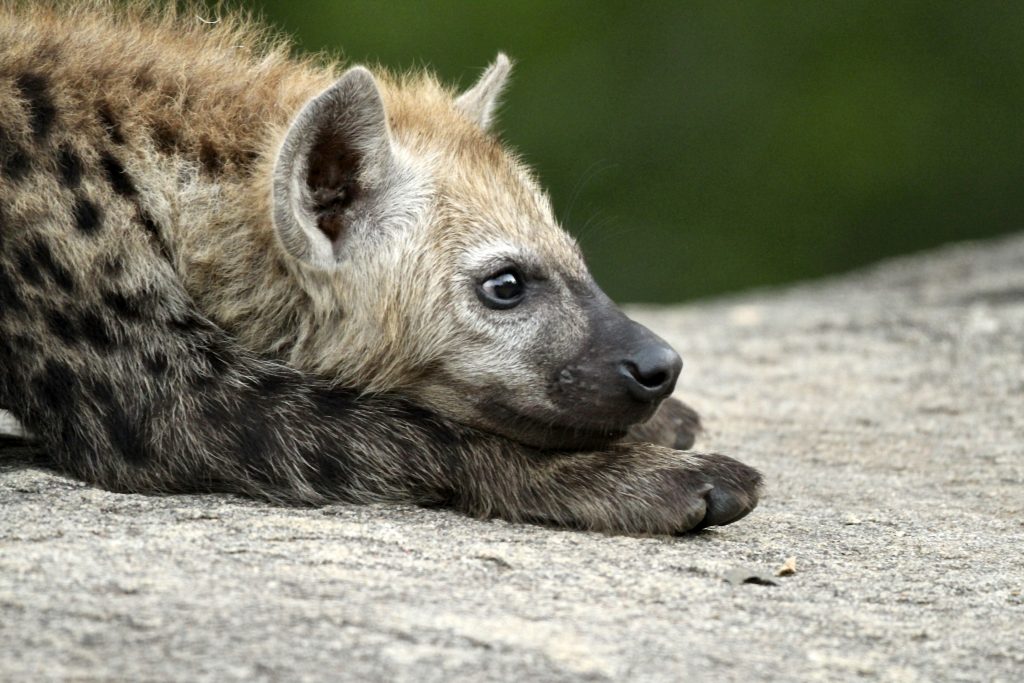 We arrived at the den which was at the bottom of a huge pile of rocks, we waited a while and our patience was well rewarded. We spotted these two small cubs emerging from the den and like all children they were charmingly inquisitive and came right up to the tyres of our vehicle sniffing around with no sign of shyness. 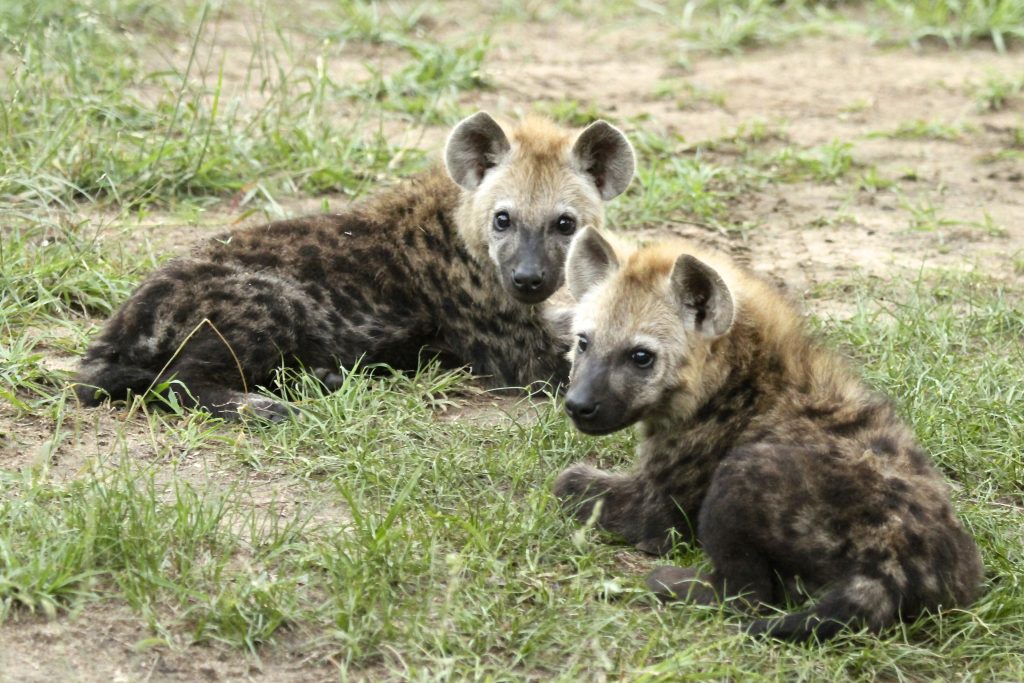 Once they were used to our presence, they played around a bit and eventually tired of playing they lay down waiting for Mom. Apparently she leaves the cubs for up to three days while she goes hunting for food. In between they would stop and listen intently as though they could hear their mother or perhaps a predator passing by. 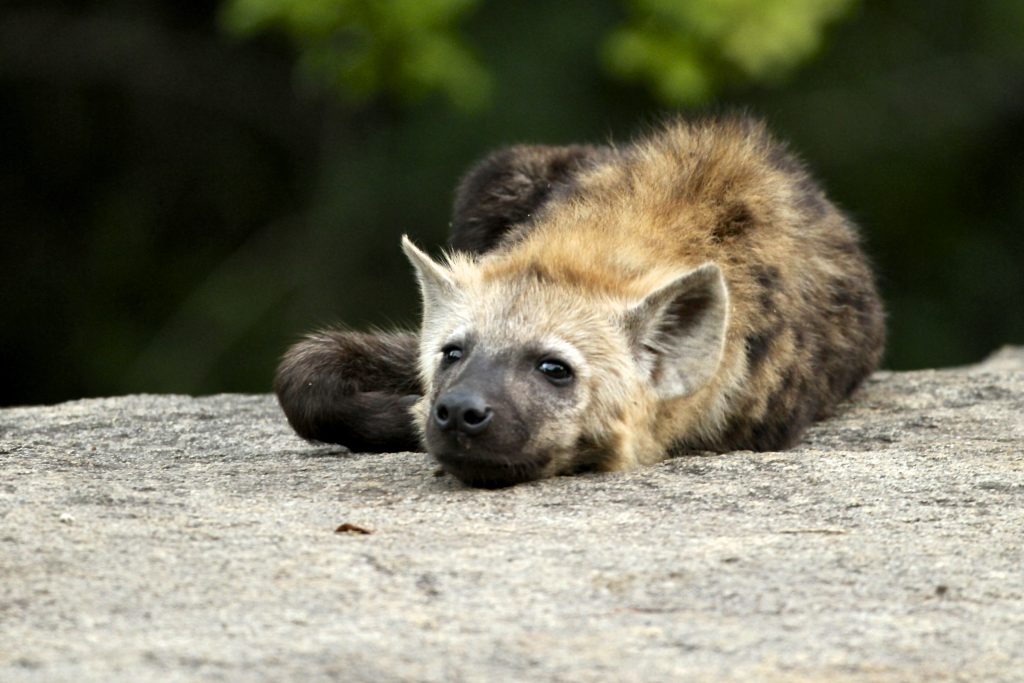 The Spotted Hyaena (proper name) is the best known of all the hyenas, it is still common in a number of savannah areas but greatly reduced and even extinct in some areas. A female gives birth to one or two cubs per litter after a gestation period of 110 days. The cubs are born uniformly dark brown with lighter heads with the spots appearing only after the fourth month. 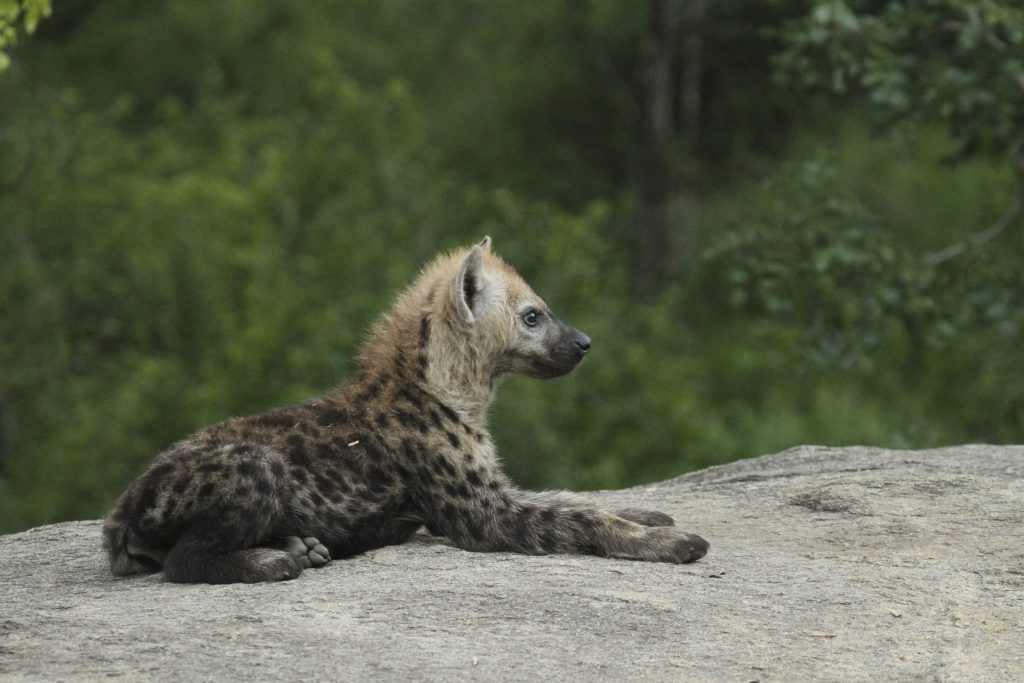 Contrary to popular belief, spotted hyenas are not skulking scavengers but are really skilled and aggressive hunters, although they will drive other predators such as lions from their kills.