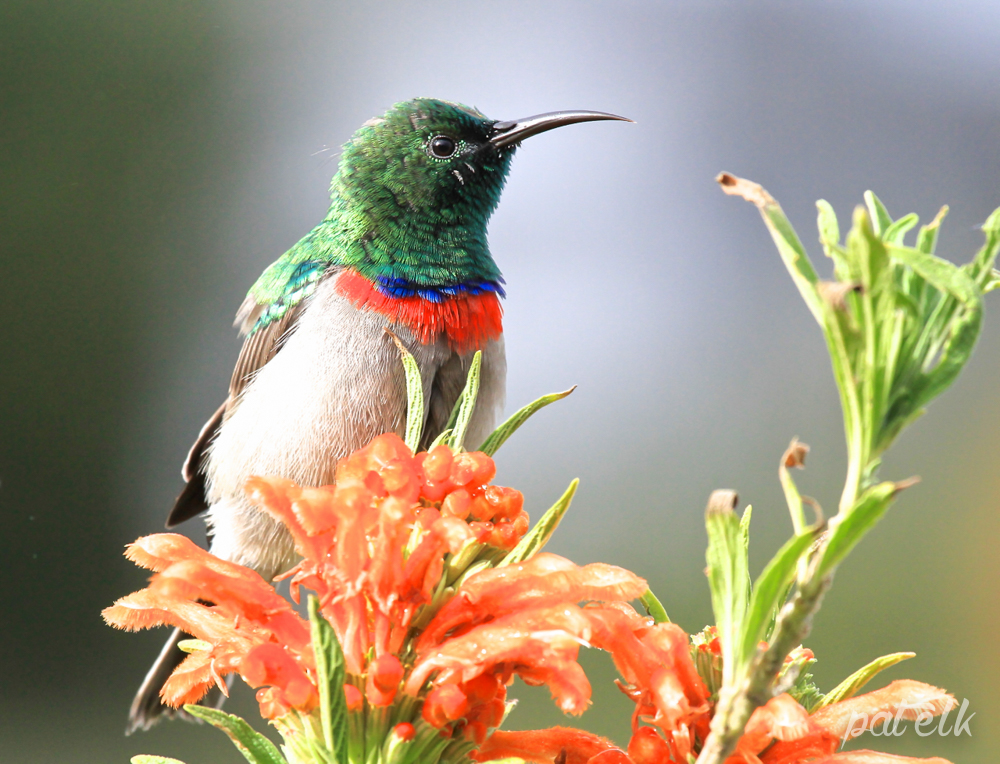 The Double-collared Sunbird (Klein-rooibandsuikerbekkie) is a common resident found mostly in the northeast to extreme west of the Western Cape Province. This tiny little bird is like a glittering gem, flitting about among the fynbos and in fact any tubular flowers 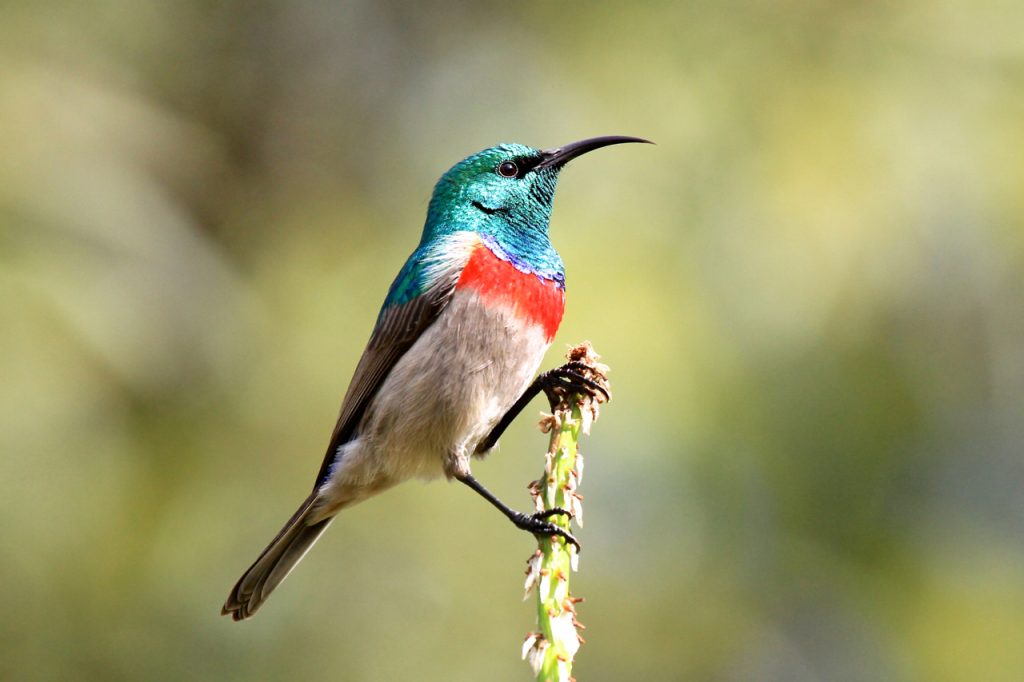 The immature male has patchy plumage as well as after the breeding season when the colourful male goes into eclipse. 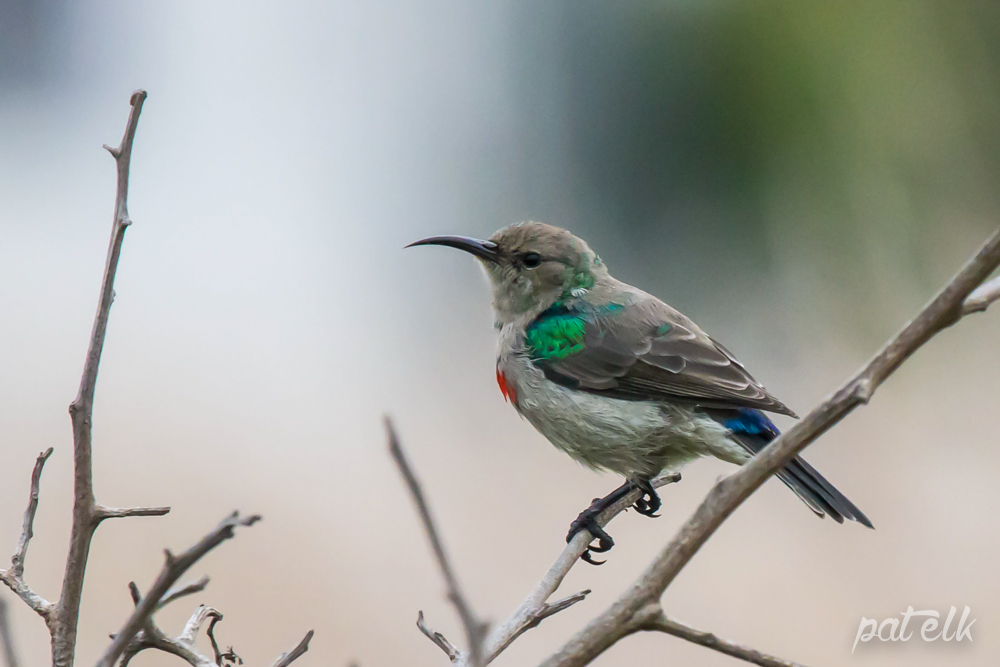 The female is a nondescript grey/brown colour. 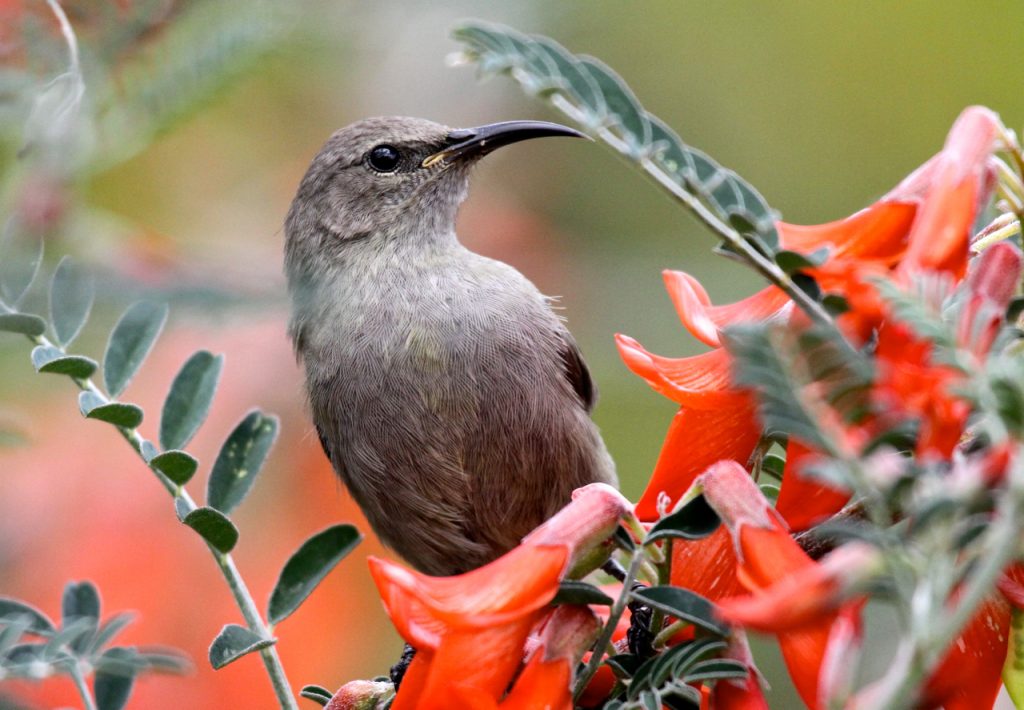 These photos were taken in Kirstenbosch National Botanical Gardens and at Intaka Island in Century City. 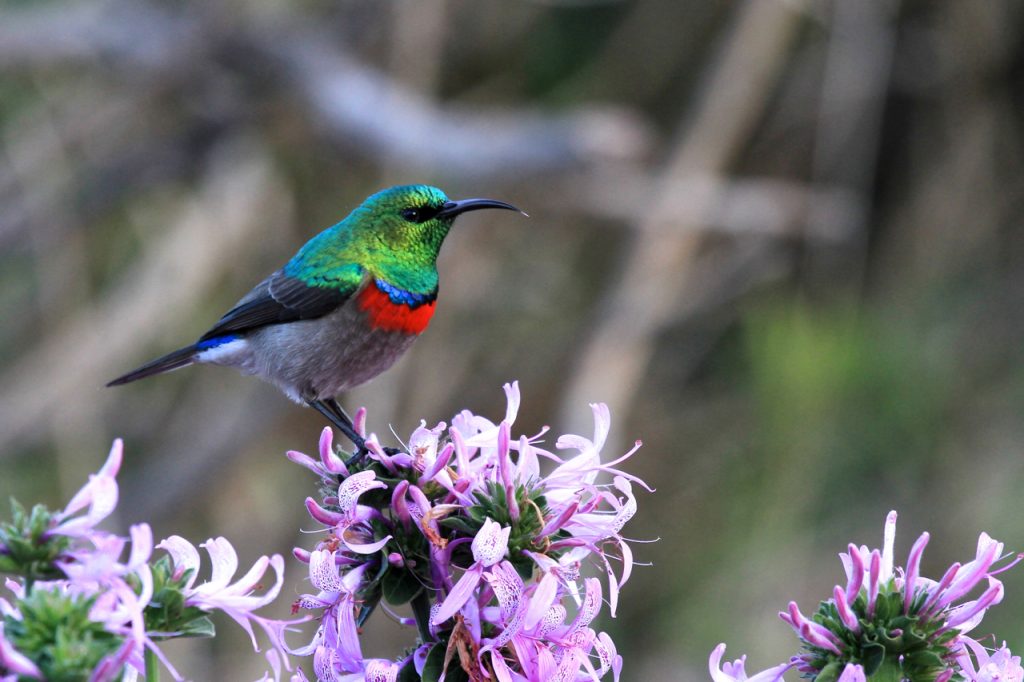