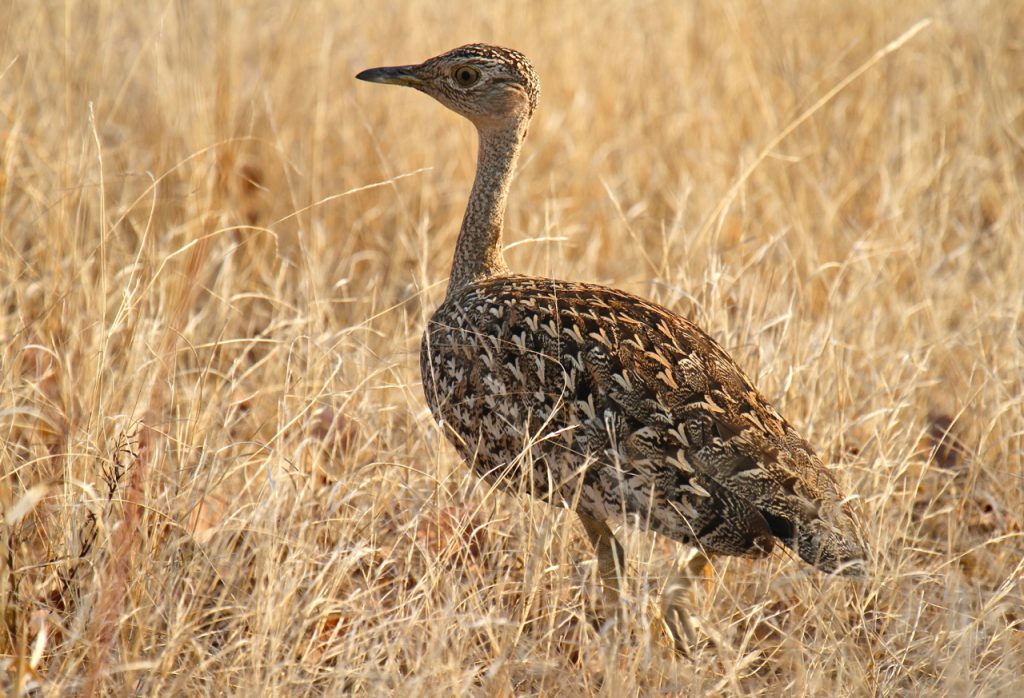 The Red-crested Korhaan (Afrikaans name, Boskorhan) is a beautiful bird with his V shaped markings on the uppermost part of his body. The red crest is only displayed during courtship. The patterns on his feathers are so beautiful. 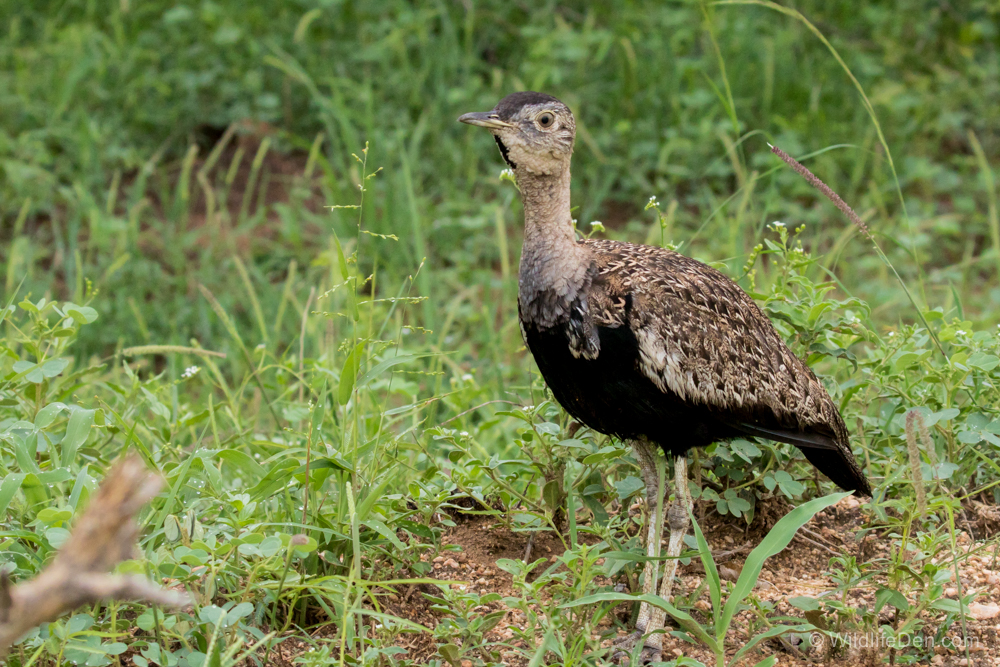 They are common residents in the thick bush and thornveld areas. Feeding mainly on termites and beetles otherwise will also eat tree seeds, berries and gum. 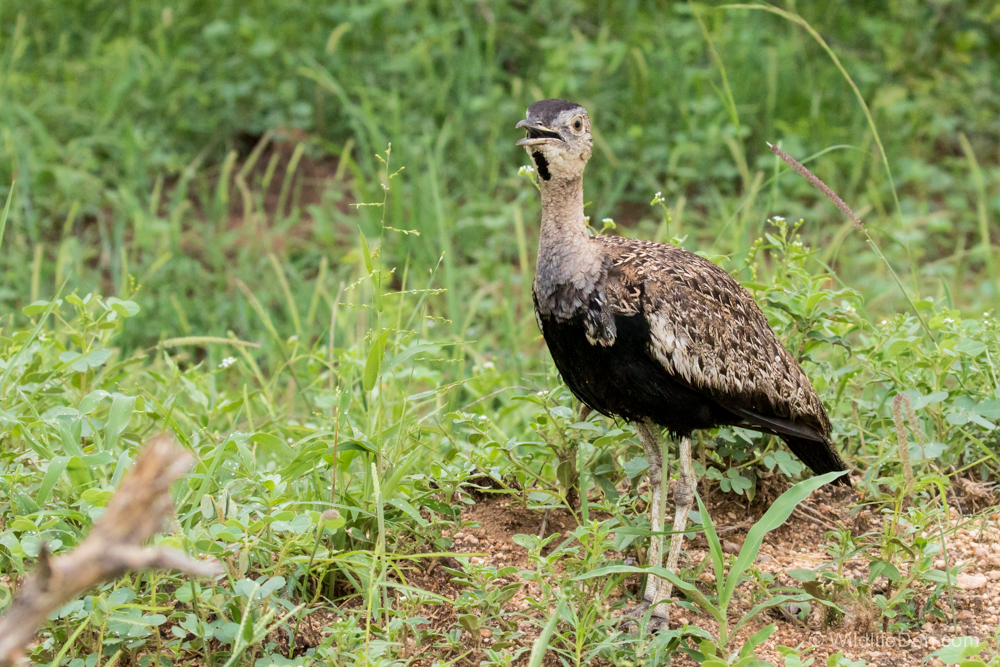 This guy was calling and calling, we were not sure if he was calling for a mate or not. We captured these photos in the Kruger National Park. 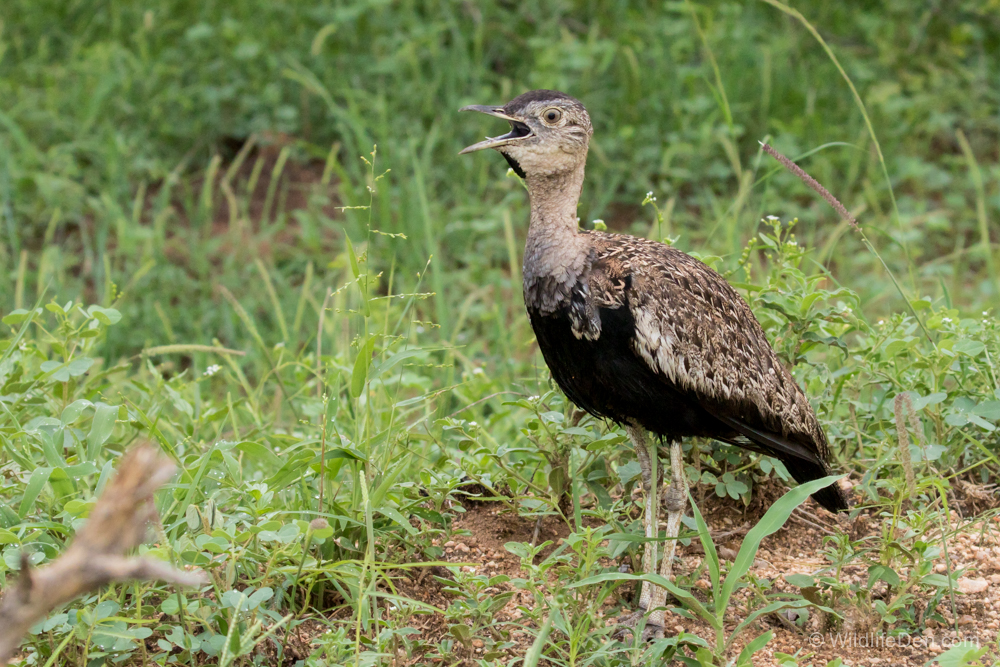 The call starts by being a series of clicks and then breaking into some loud piping sounds. 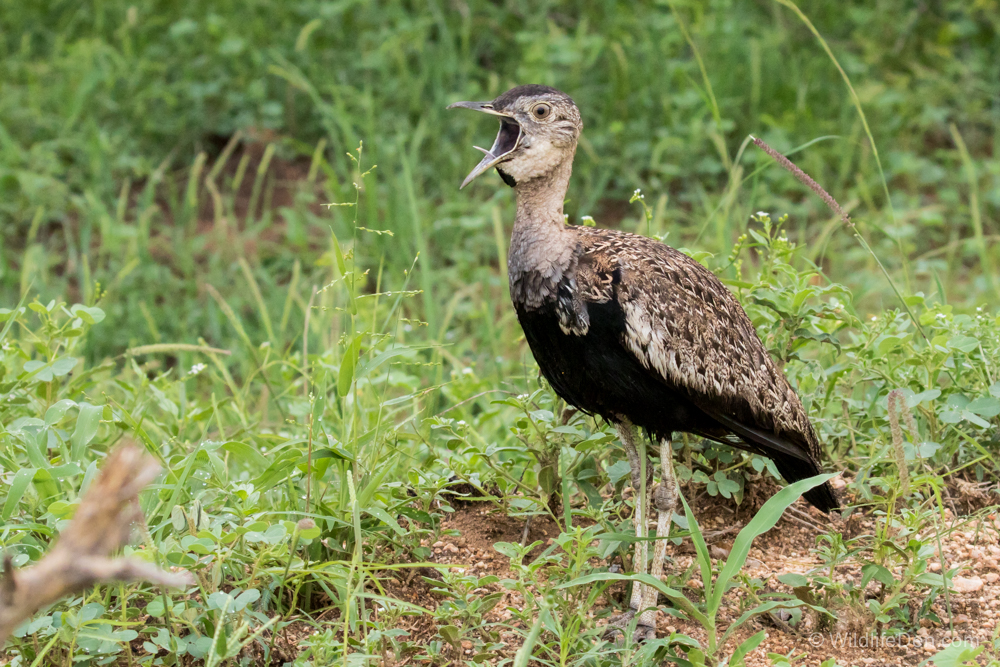