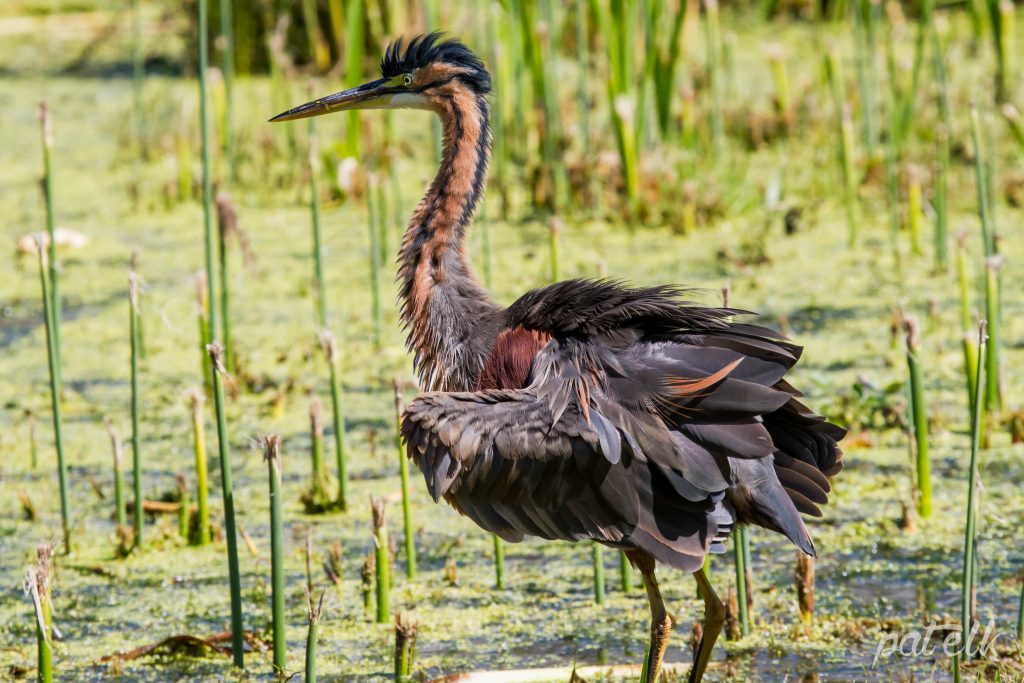 The Purple Heron (Afrikaans name, Rooireier) is a medium sized Heron, much smaller than the Goliath Heron, it is commonly seen in the local wetlands, typically among the reeds, it is rarely seen at the coast and it seldom forages in the open preferring to stay among the thick reeds. 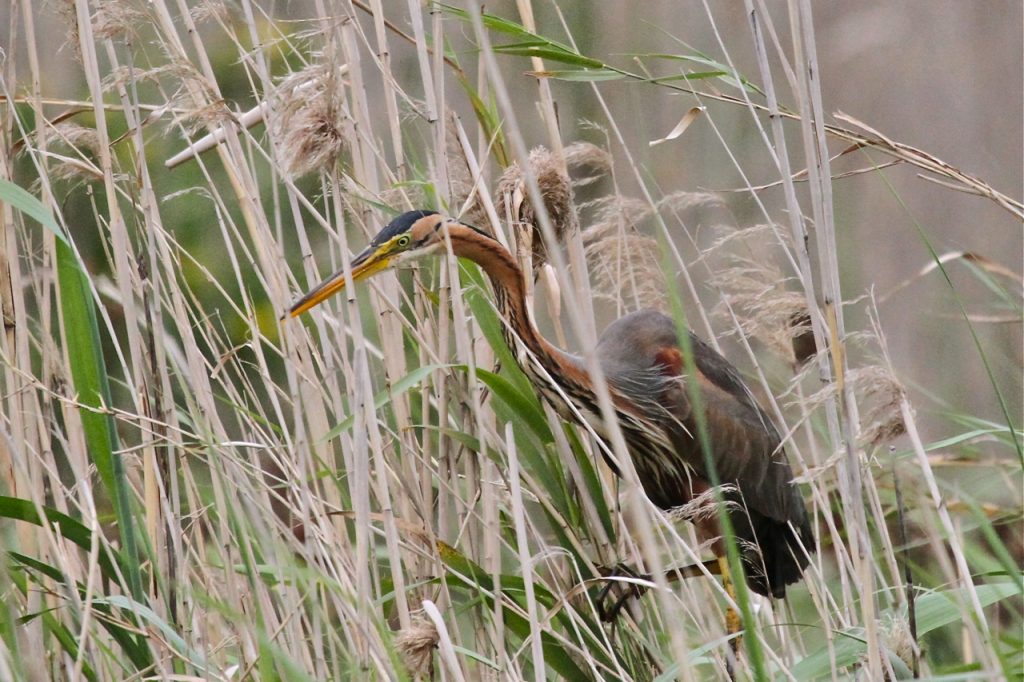 The Purple Heron breeds singly or in very small colonies. 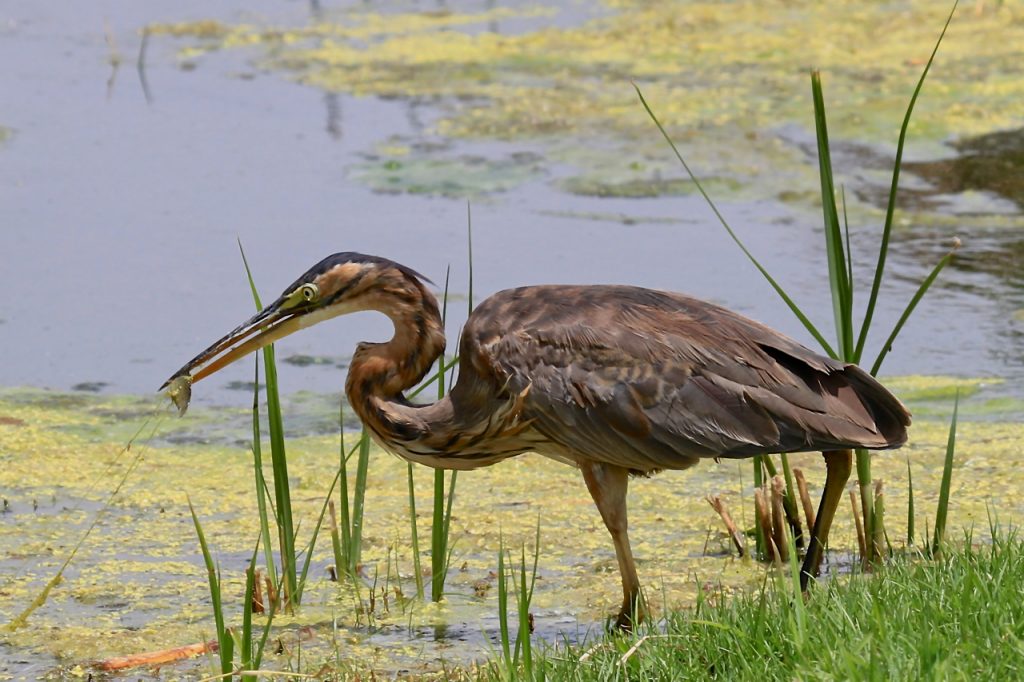 We were very lucky to see one come almost up to the hide and his beautiful colouring can be seen here with the stripes down the front of his neck and chest. A very handsome bird.

We were lucky to capture these photos at Intaka Island in Century City. 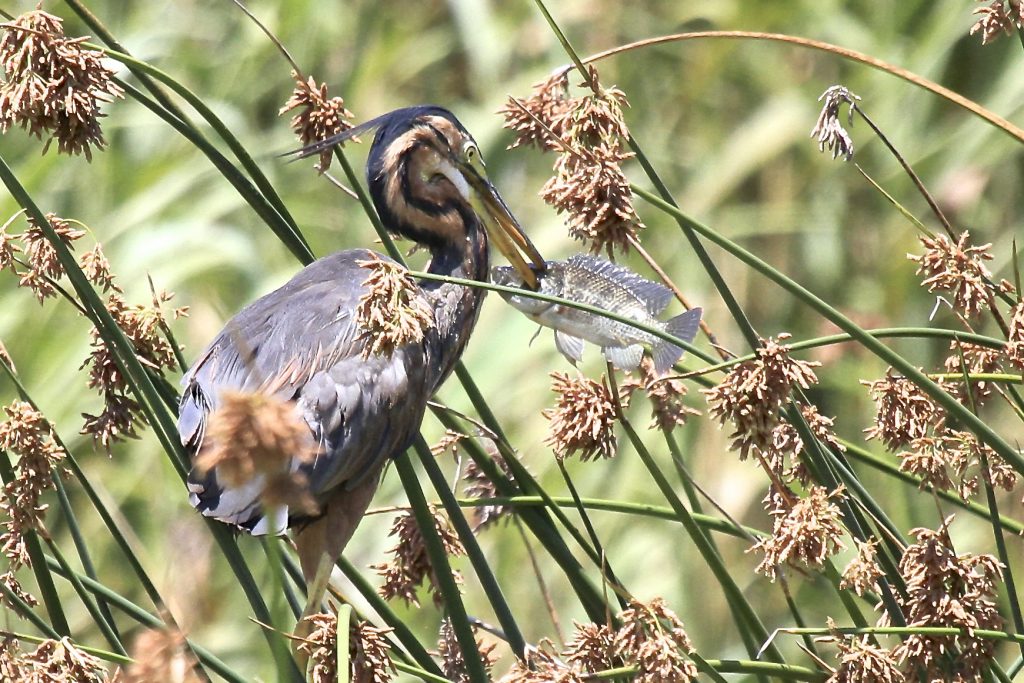 He is an awesome hunter of fish, mice and even smaller birds. 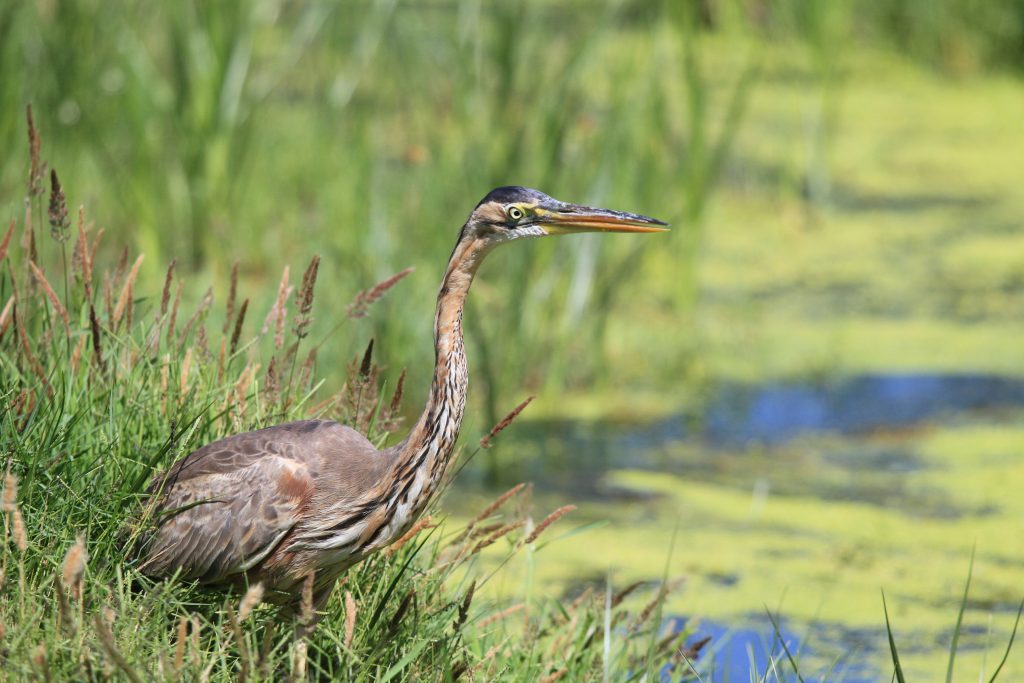