The Marabou Stork (Afrikaans name, Maraboe) is listed as Near Threatened in South Africa. It is a large bird weighing up to 6.5kgs. An uncommon resident to the Kruger National Park. 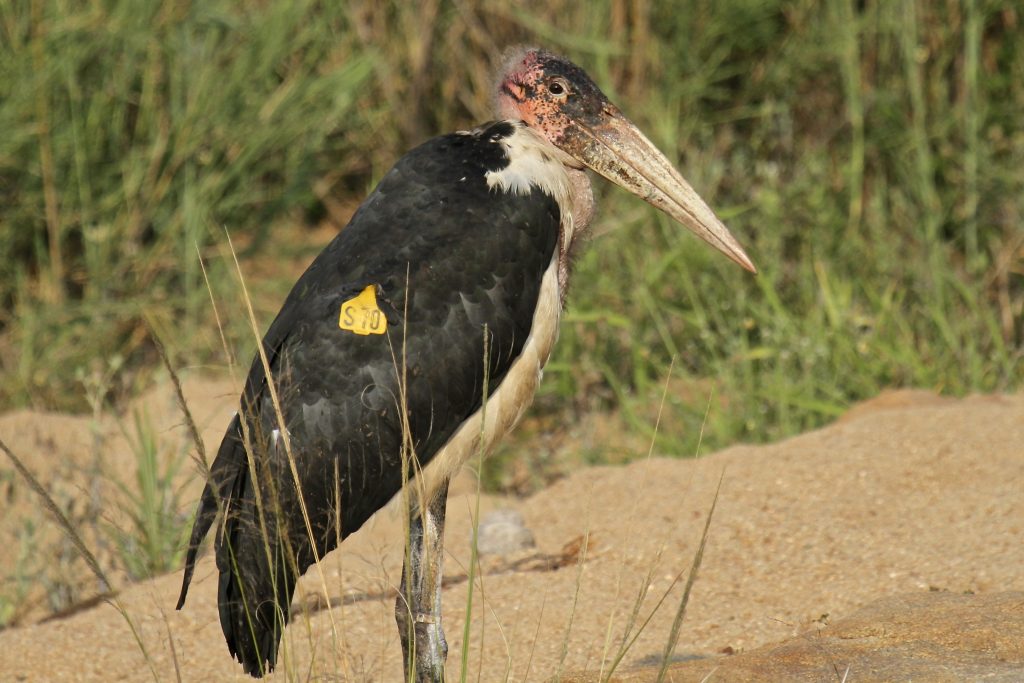 We saw this Marabou Stork with a tag on him and sent it in for identification but they were not able to give us any information as to where and when it was tagged. 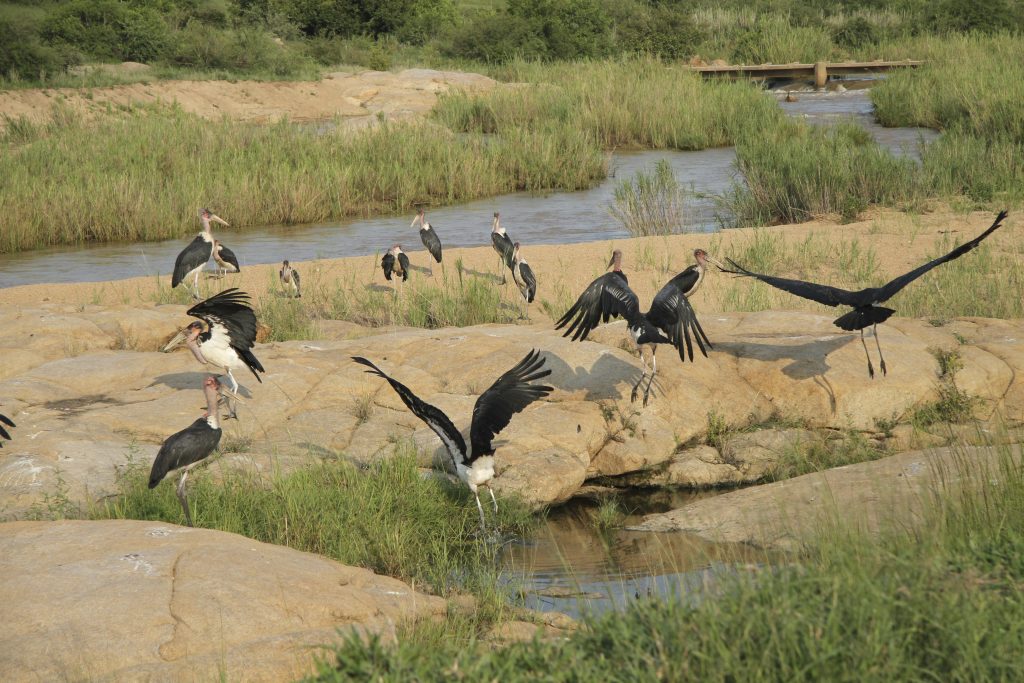 Maribou Storks remind me of old men in black suits. They also have a large bulbous pendant air sac under their throat which is used in display and as a cooling mechanism. 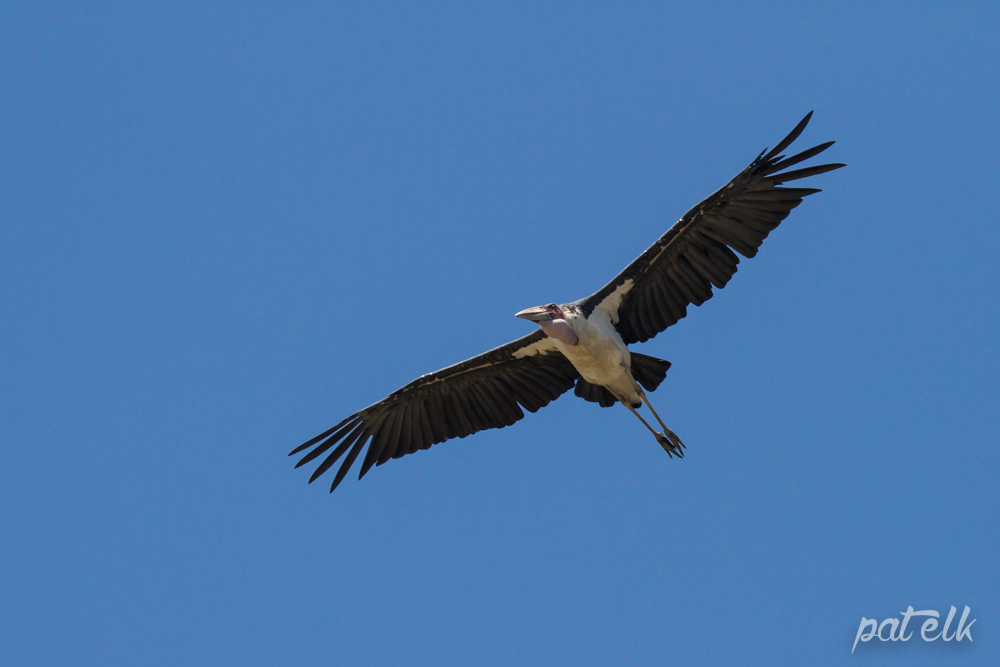 Although being a large bird with a huge wingspan, in flight they seem almost effortless.