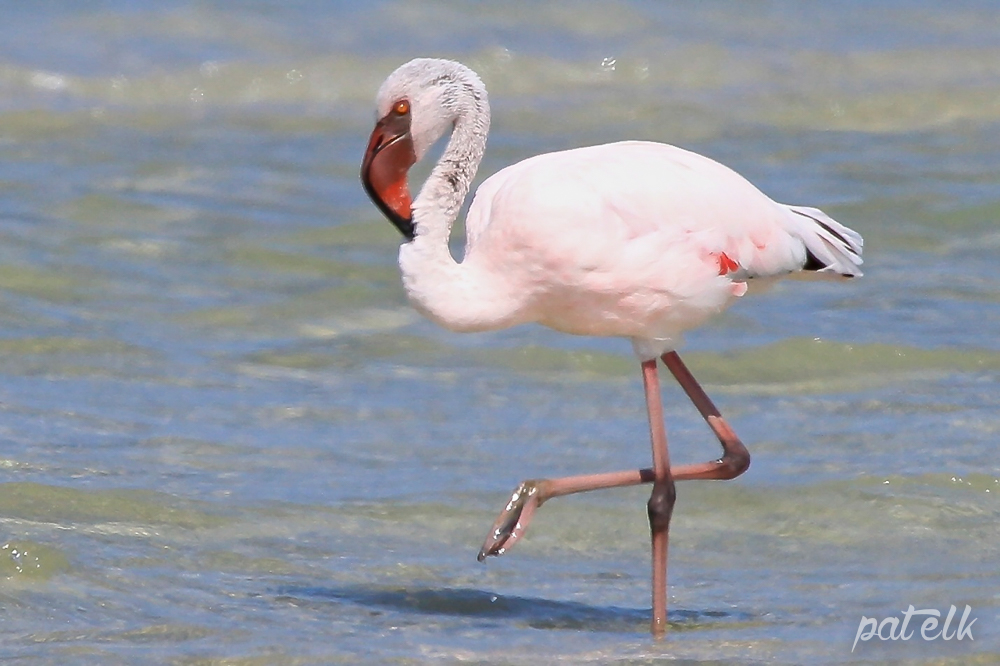 The Lesser Flamingo (Afrikaans name – Kleinflamink) is much smaller and a brighter pink than the greater Flamingo and is easily distinguished by its dark red face and bill. The lesser Flamingo is also an intra-african migrant, often seen at salt pans, lakes and estuaries. This bird has a status of near threatened, with numbers fluctuating between years. 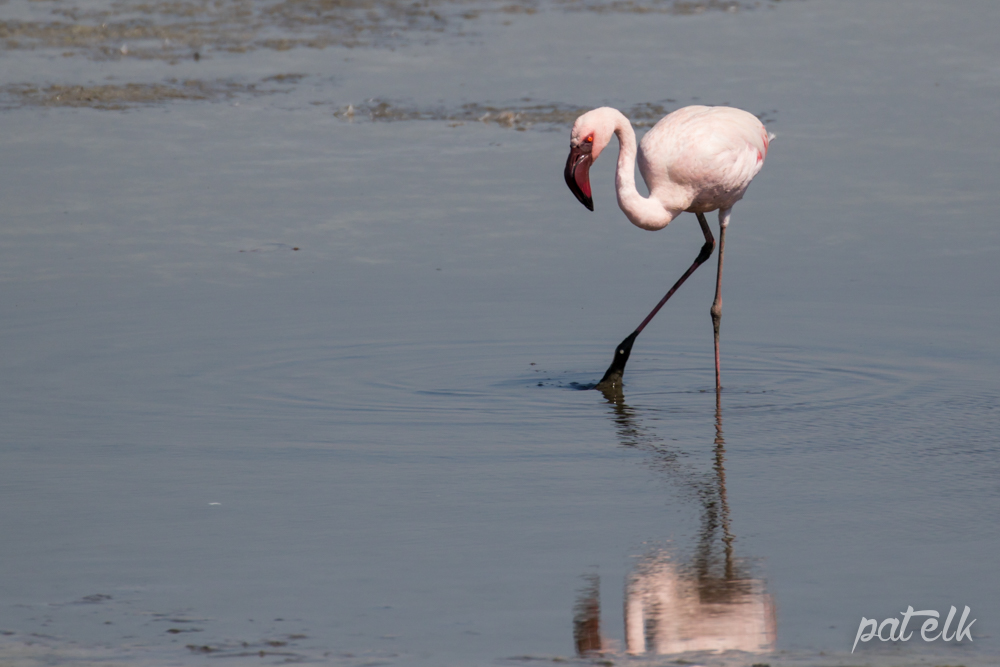 The lesser Flamingo filters the microscopic blue-green algae and diatoms from the surface of the water and seldom submerges its head and neck below the surface. It is often seen swimming in deep water. 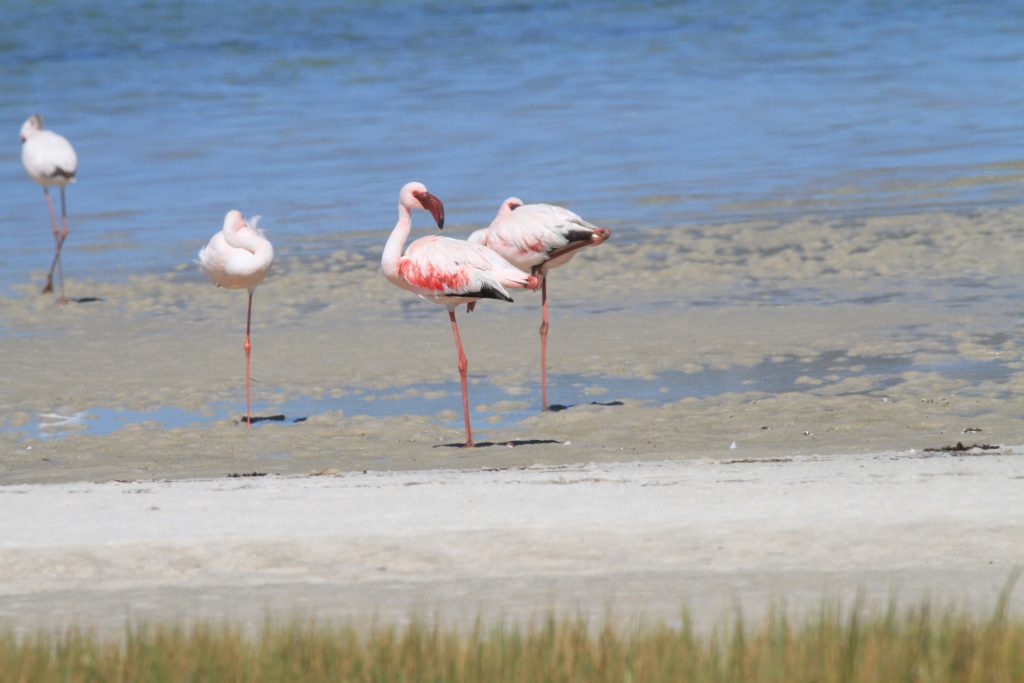 We were so lucky to see them in the lagoon in the West Coast National Park, they were surrounded by cormorants, terns, various plovers and a whimbrel. Some of the Flamingos were quite far out in the lagoon. A group of Flamingos is called a Flamboyance