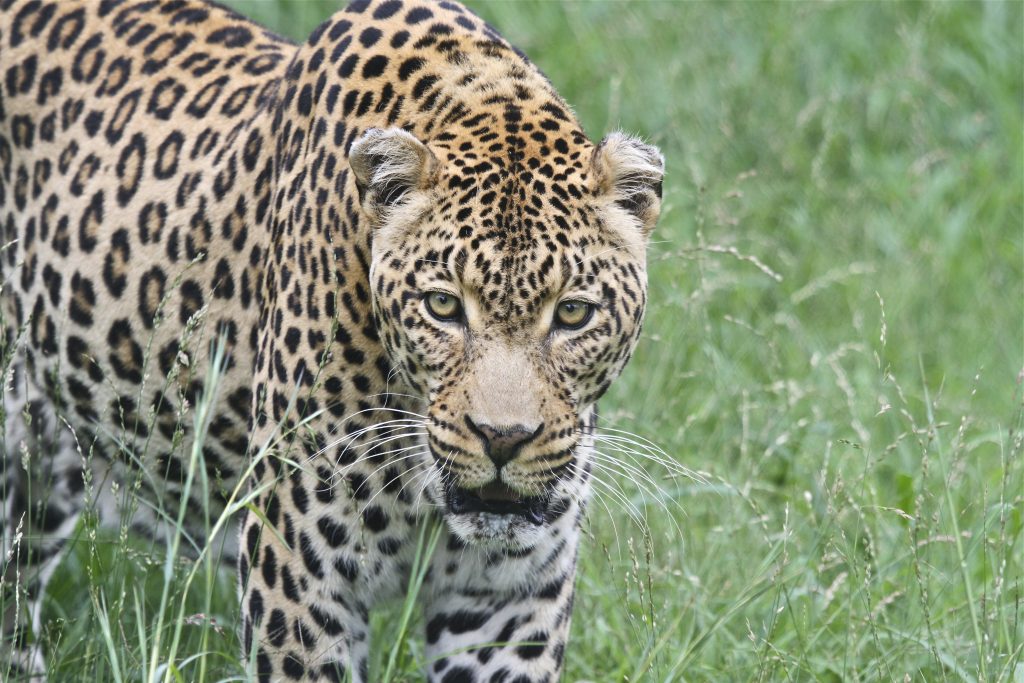 Leopards (Afrikaans name Luipaard) have to be the absolute beauties of the big cats. Their markings are so distinct and yet still allows them to disappear within seconds out in the bush, they seem to melt into the landscape. 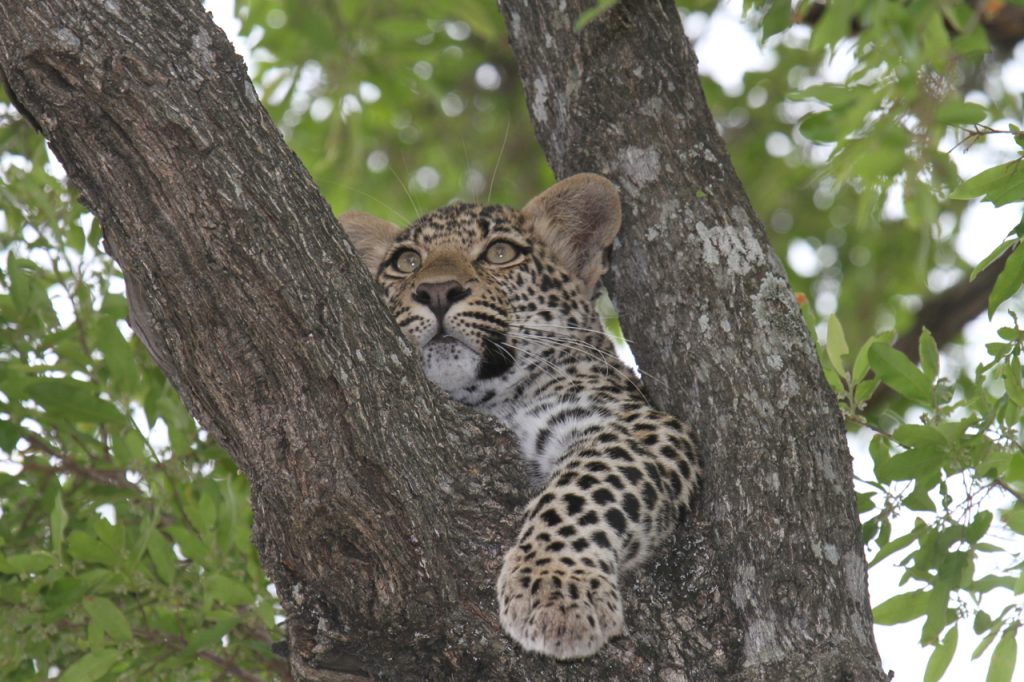 On our visits to Mala Mala Game Reserve we met up with quite a few of these georgeous cats, here is a young female that was high up in a jackalberry tree. 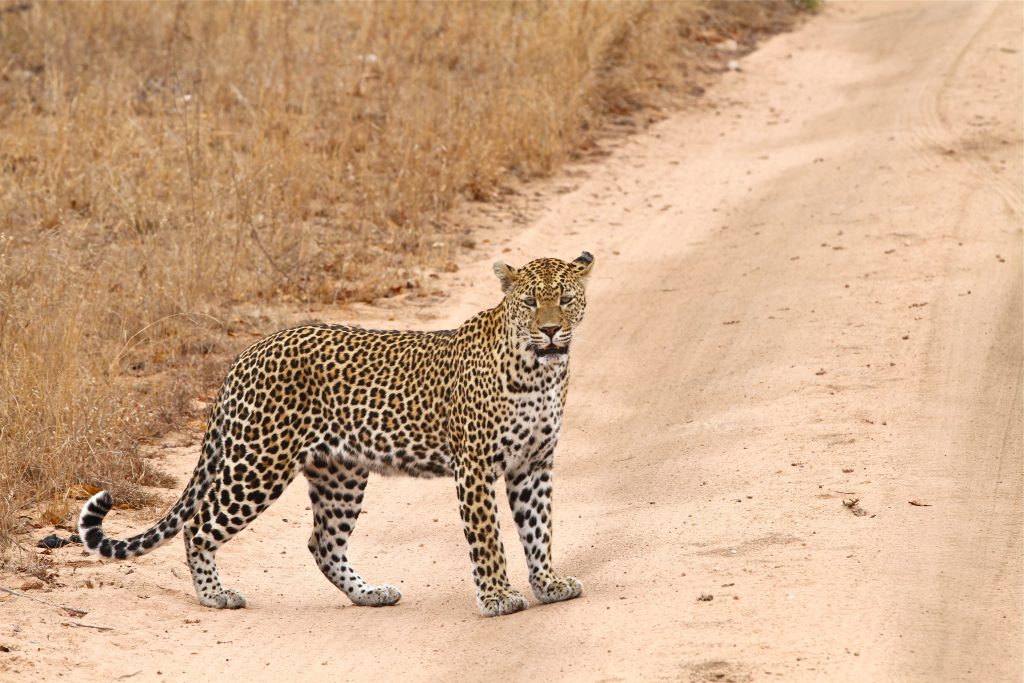 A while later the young female leopard’s mother came by and called her out of the tree. 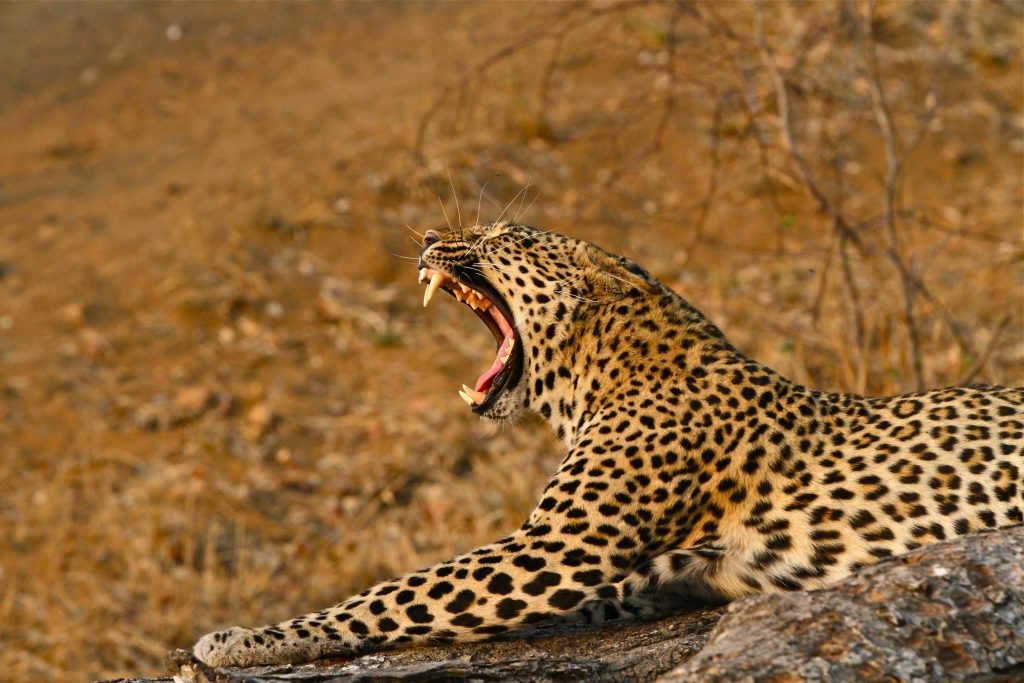 This leopard was lying on a branch and I was lucky enough to catch her in a full yawn. 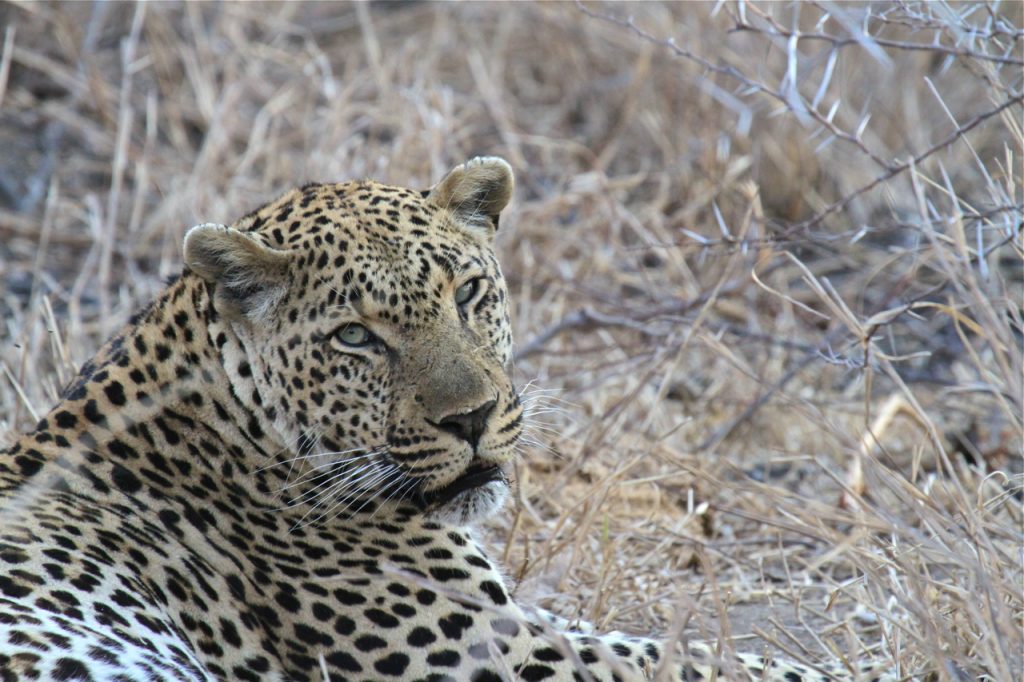 This was a male leopard we met lying out in the bush. 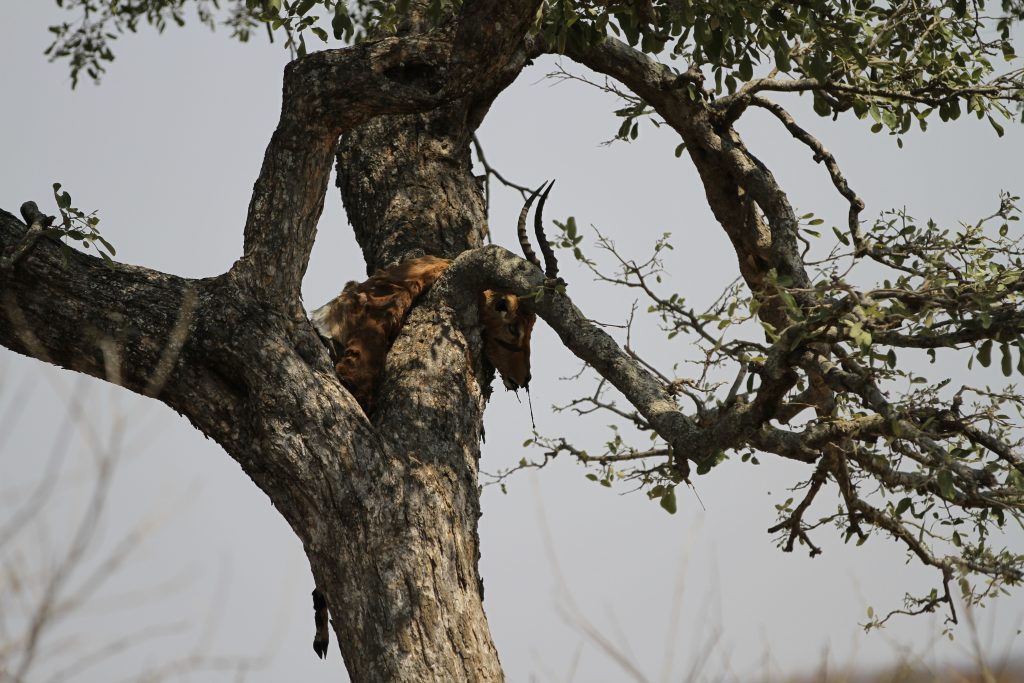 This was an old leopard kill that was still hanging up in a tree, in Kruger National Park.

Folklore
The Ndebele tells their children that a long time ago, there were three friends: the beautiful Leopard, the Jackal, and the Hyena. They went everywhere together. Whenever Leopard killed an animal, he would always leave part of it for his friends so that they could have a good feed too.
One day it happened that Leopard was ill, and so he could not hunt.
“Jackal,” he said, “please catch some food for us, for I am not well”
But lazy Jackal said, “No. I am too weary. Ask Hyena.”
So Leopard said, “Hyena, please hunt for us today, for I am not well enough to do so.
But hyena, too, made an excuse: “NO, I have a sore foot.”
At this Leopard roared in anger. “I thought you were my friends, but you are a no-good, lazy pair. Never again will I leave you meat when I make my kill.
From this day on, I will make sure of it. I shall take what is left and hang it in a tree when I have eaten all I want. Then neither of you will be able to get at it.”
Leopard was true of his word- since that day he has never left any meat for his selfish friends, Up into a tree it goes, high out of reach of jackals and hyenas.
They have become scavengers now instead, and they eat the scraps that other animals leave behind.
It was a sad day for them when they lost the Leopard’s friendship