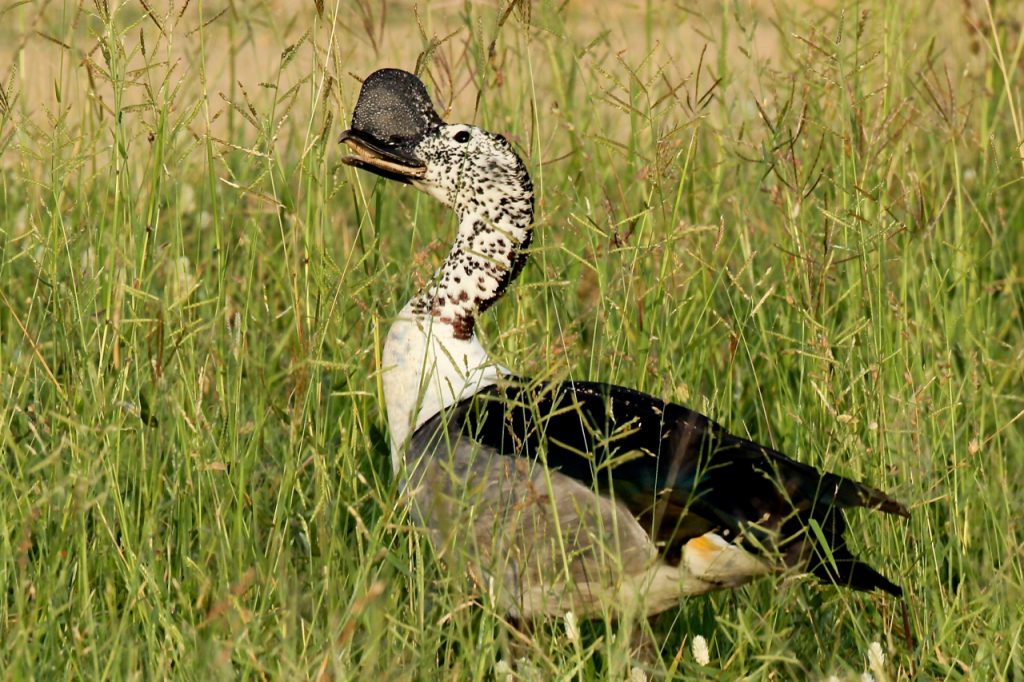 We came across these really weird looking ducks early one morning in the Mala Mala Game reserve. We first thought there was something wrong with the one duck as it had this enormous growth on its bill. As we got a bit closer, we could see that it was snatching the seeds off the top of the grass stems but did not appear to have any problem with eating. 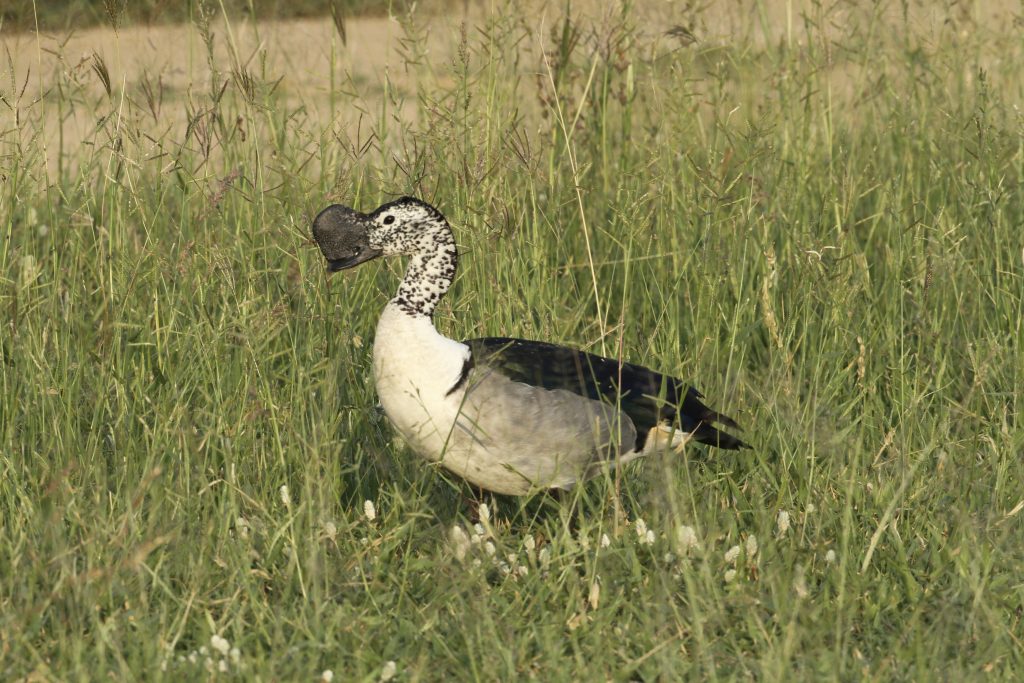 Our guide told us that this was actually a type of duck called a Knob-billed Duck, now called a Comb Duck (Knobbeleend in Afrikaans) and that this knob enlarges when the duck is in the breeding seasons, the female though does not have a knob. 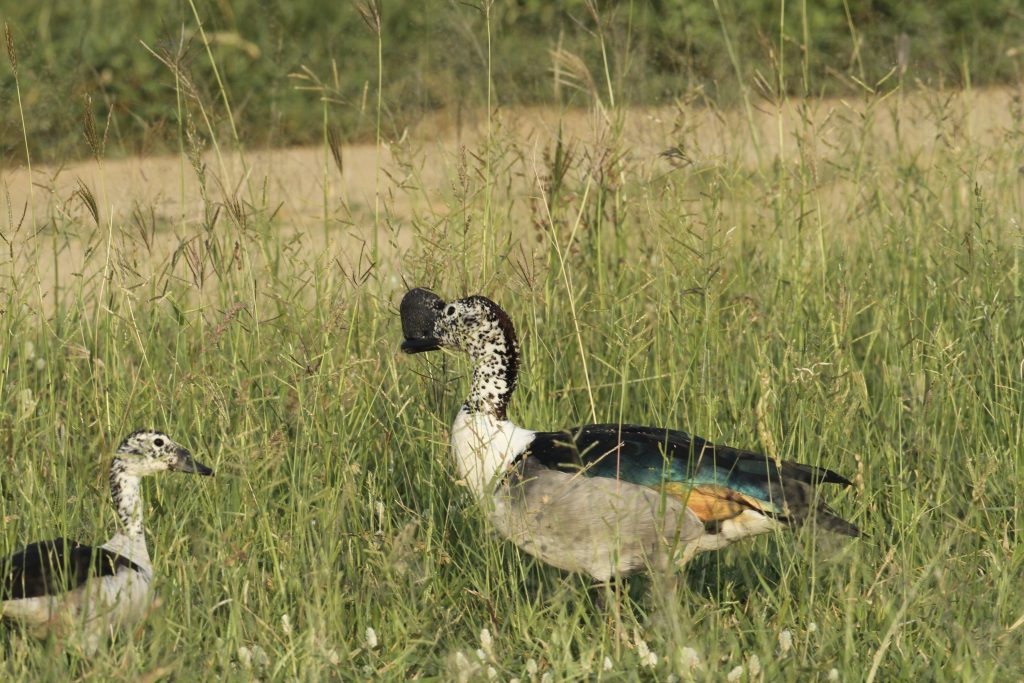 Next day we saw them at another pan together with a group of White-faced whistling ducks, they normally feed in grasslands and in water. THey are found further north in South Africa and seem to nest in a hollow log or in an abandoned Hammerkop nest. 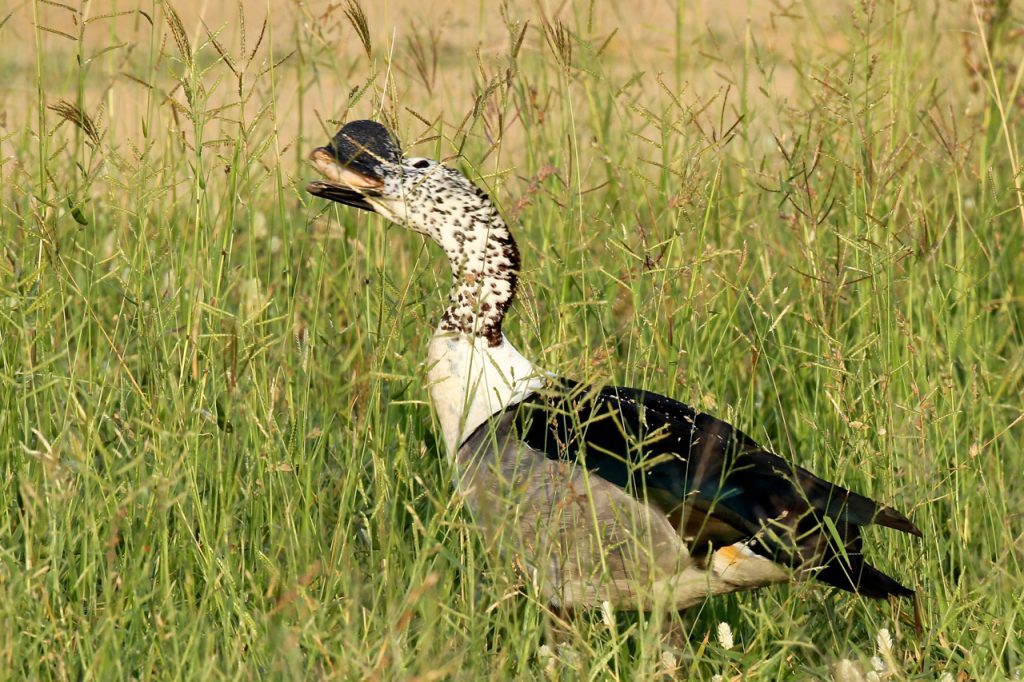 These birds are locally common and an intra-African summer migrant at pans and lakes, in woodland and alongside large rivers.

Hope you enjoy seeing these as much as we did.