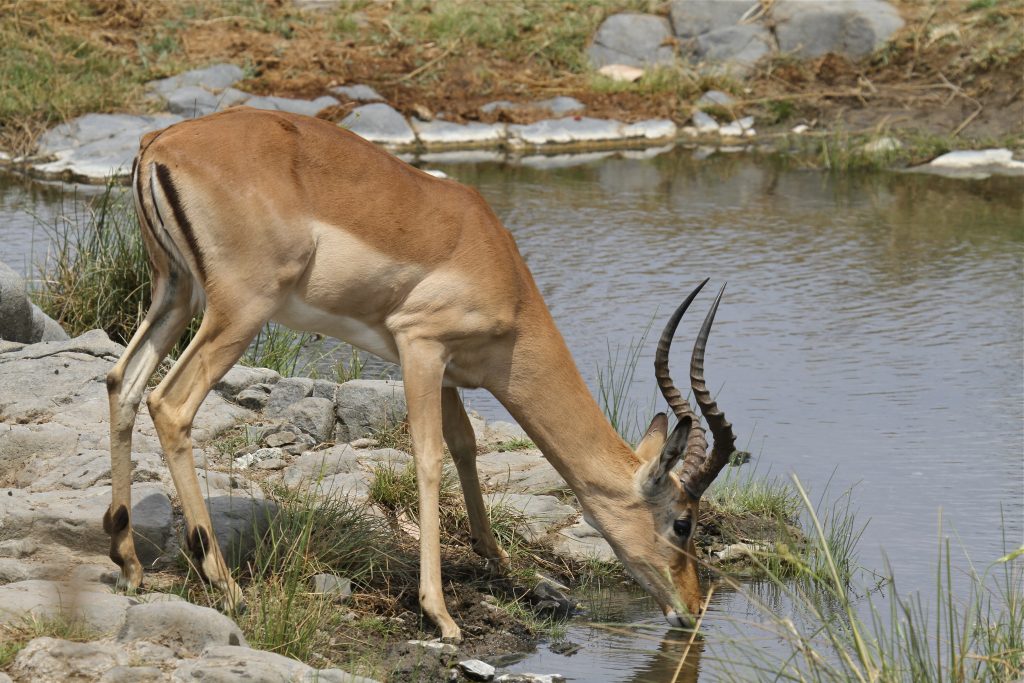 Impala (Afrikaans name Rooibok) are the most commonly sighted buck in the Kruger National Park often seen in large herds. They are lovingly called weer bokke (and there is another buck) by the rangers in the park. 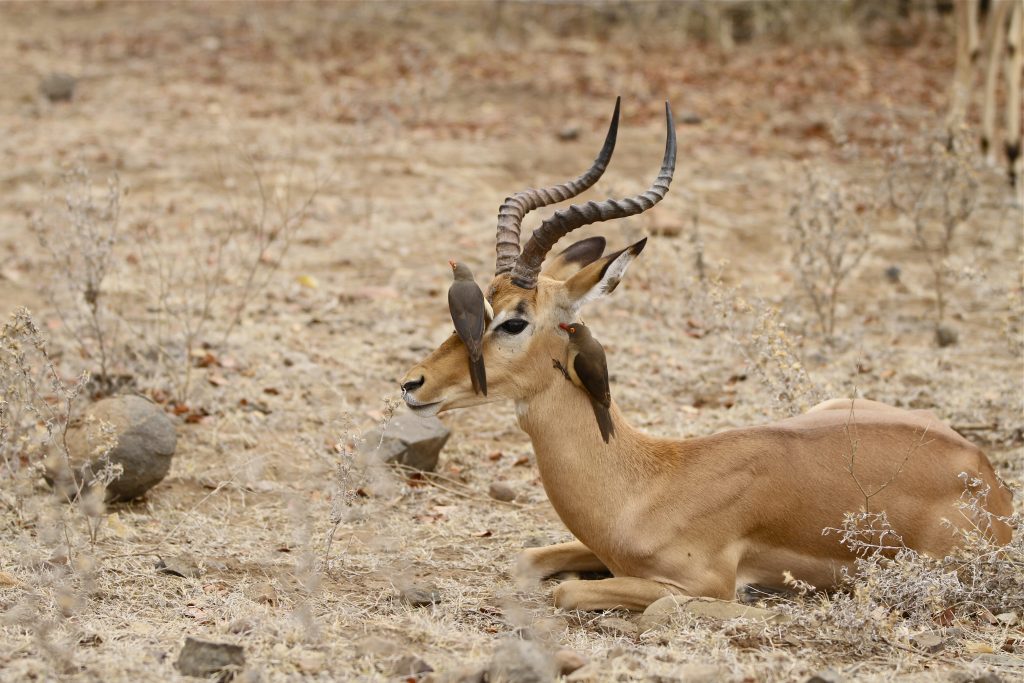 They are a beautiful reddish brown coloured buck easily recognised by the Macdonald’s M on the rump. It is a fleet-footed buck similar looking to the Springbok but doesn’t have the dark brown flank stripe separating the upper parts from the lower parts. 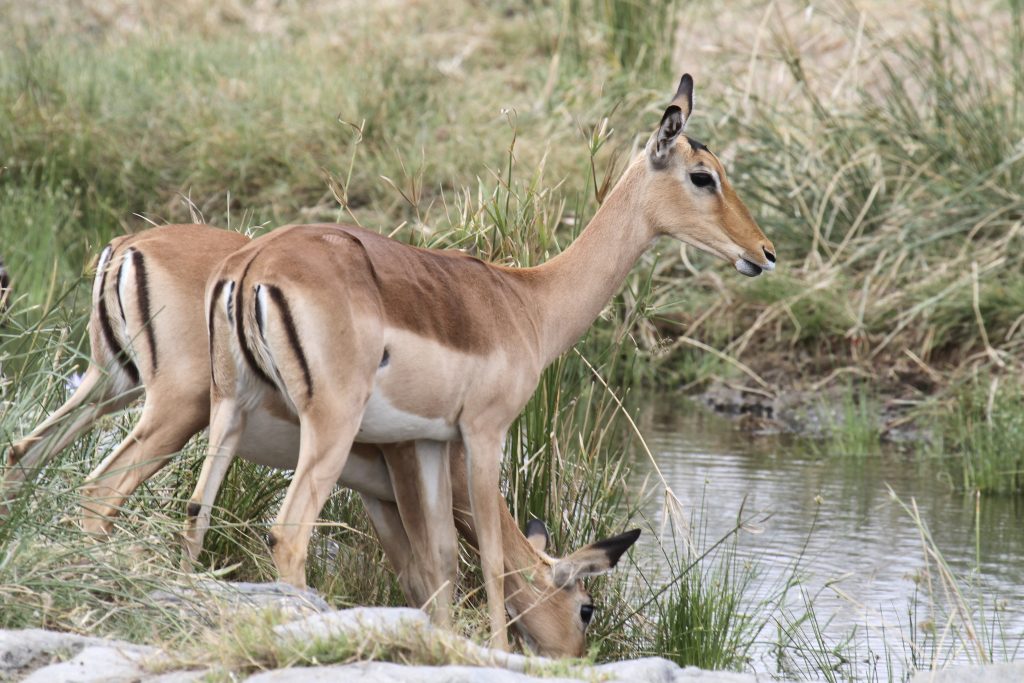 During the mating season from January to May there is a build up of intense rivalry among the males who resort to threatening displays of horn-thrusting and occasionally fatal duels with each other. 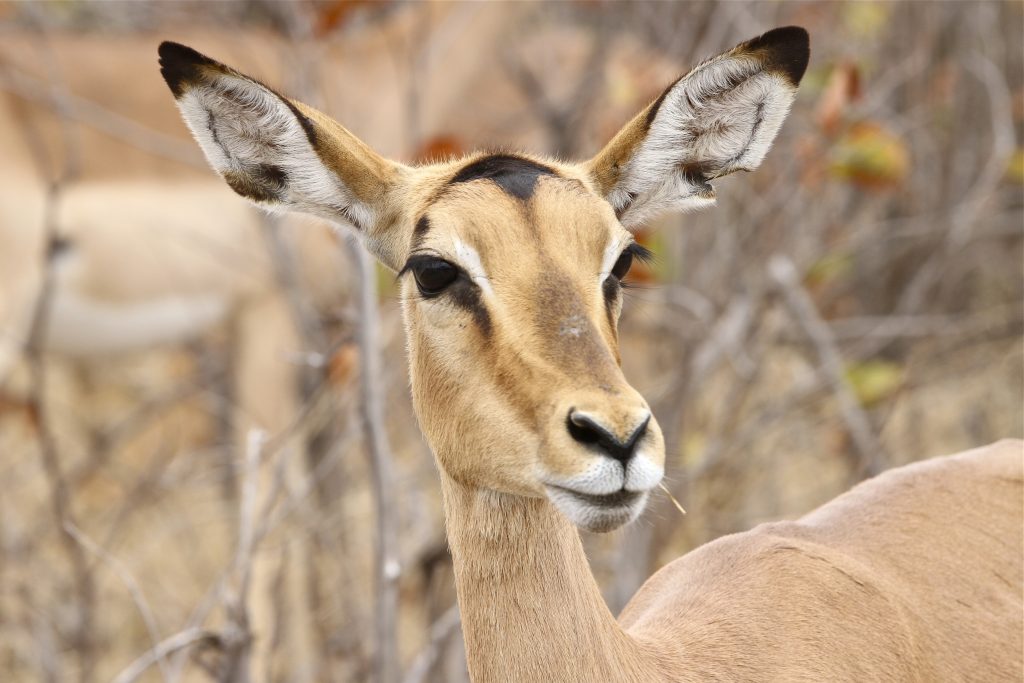 Single young are usually born in early summer and are able to join their mothers within two days of birth, which favours their chances of eluding predators such as lion, leopard, cheetah, wild dog and hyena. 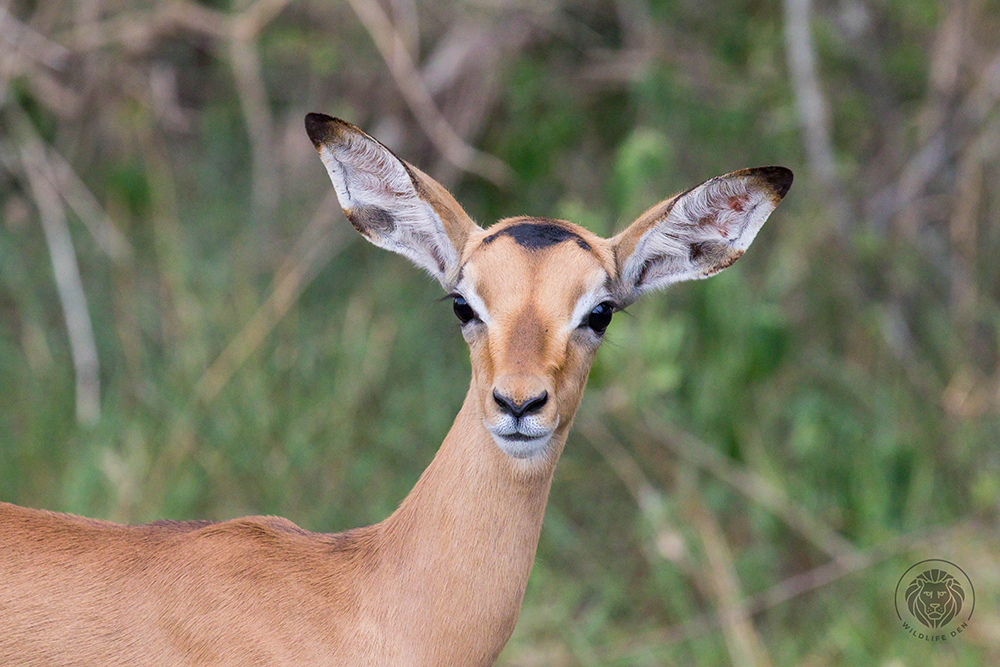