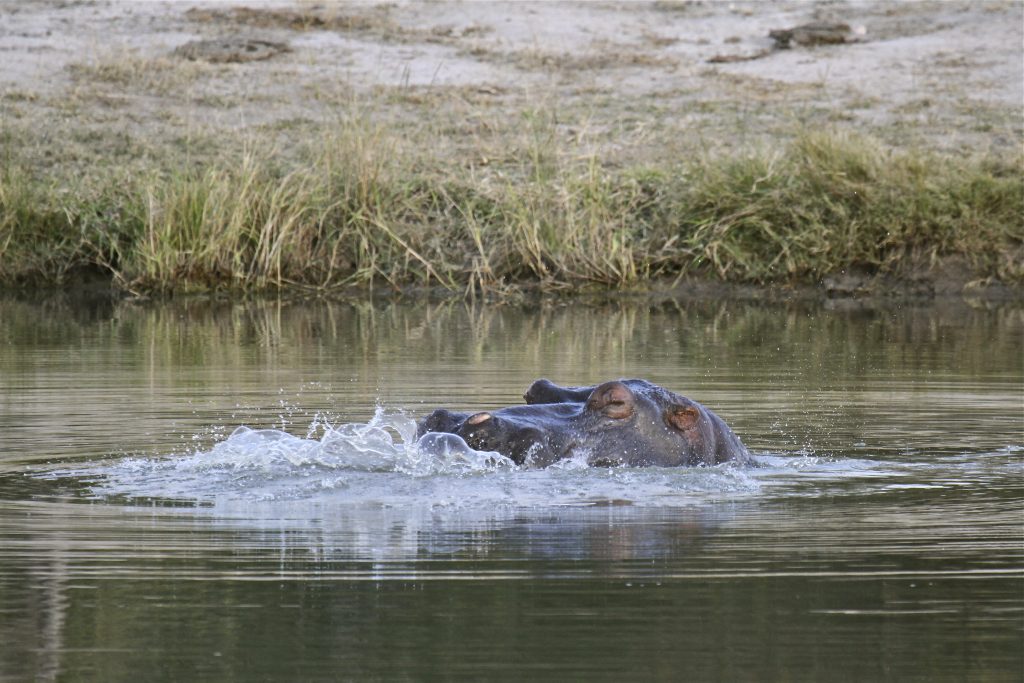 This is Bill the Hippo, he has taken ownership of a small dam at Mala Mala, Bill even holds the fame of a film appearance. He knows when he has an audience and his behaviour is so well known that the guides are able to predict when he will emerge and show off his majestic big yawn. 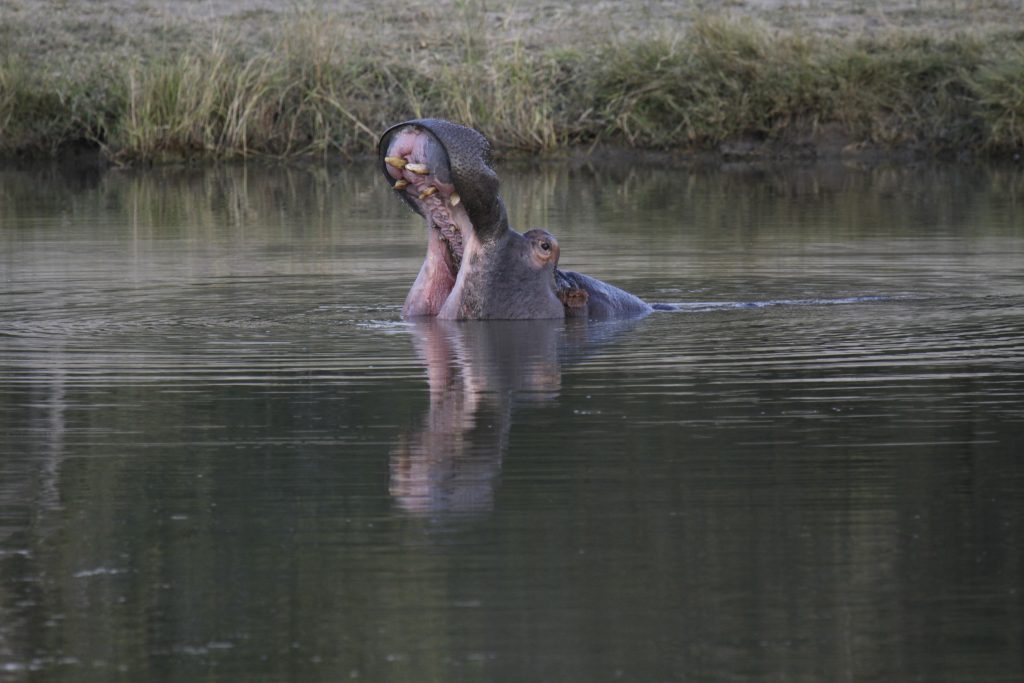 Solitary male bulls are known to claim their piece of water as long as they are able to completely submerge themselves. They are known to travel as far as 30 kilometers whilst looking for food, which they do mainly at night or on overcast, cooler days. They almost look like lawnmowers when eating the grasses as their large square mouths move from side to side over the greenery. 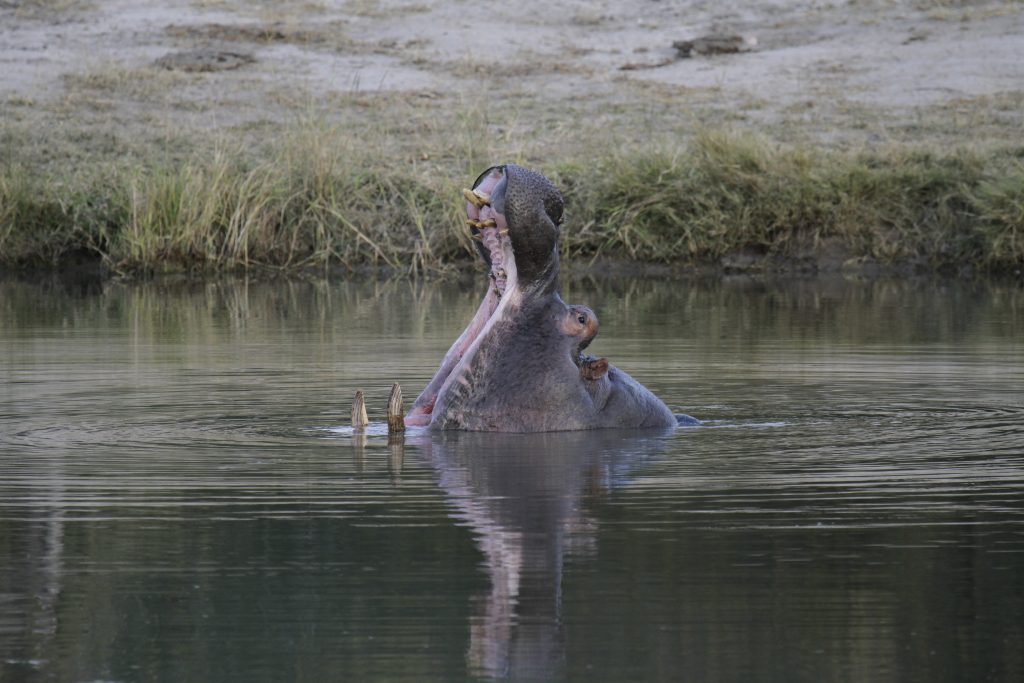 Most of their day is spent in the water but they also lie on the riverbanks warming themselves in the sun. When they get hot they secrete a reddish fluid which acts as a skin lubricant to prevent their skins from drying out. 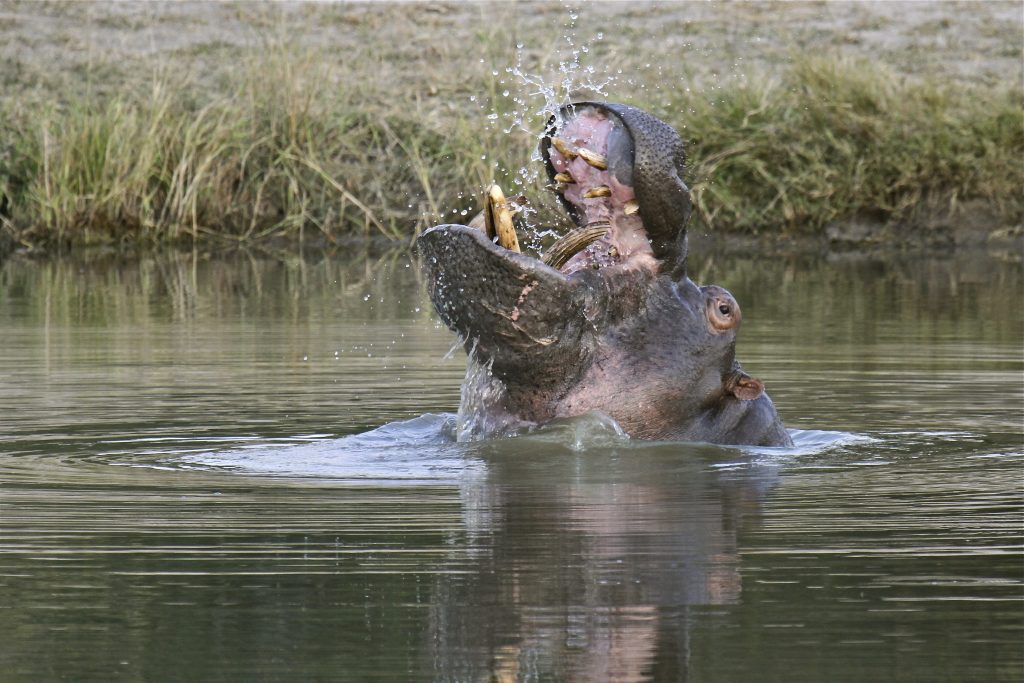 Hippopotamus (Afrikaans name, Seekoei) can stay submerged for as long as six minutes and can move rapidly underwater. 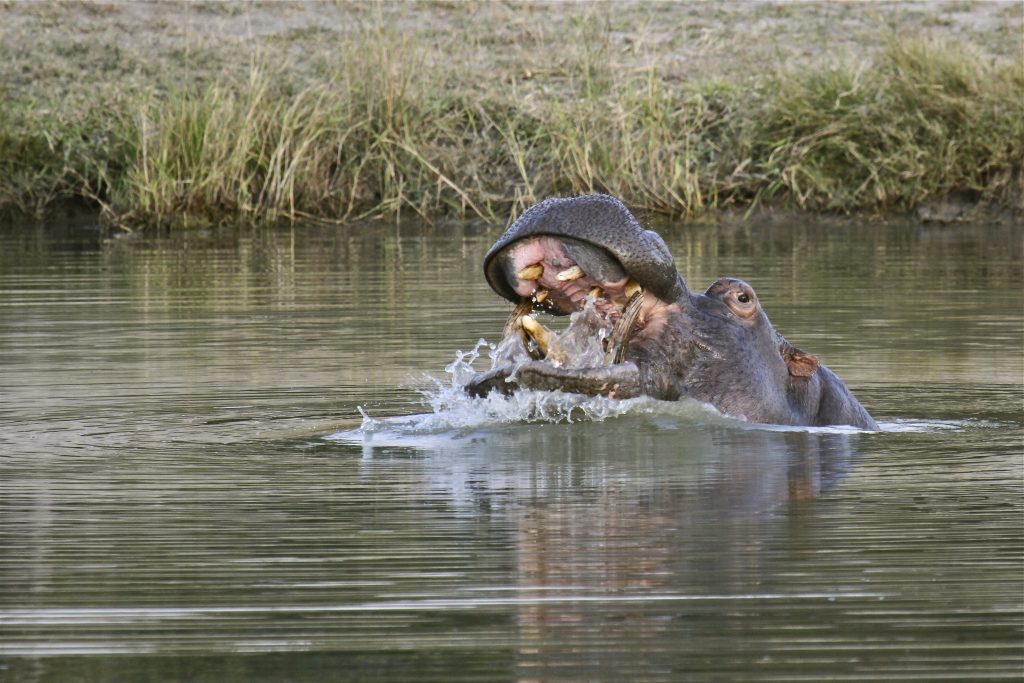 Bill’s special trick is that he submerges then blows three sets of bubbles then he emerges, stretches his mouth as wide as possible and then starts submerging and snapping his huge jaws shut at the same time sending water splashing all around him.