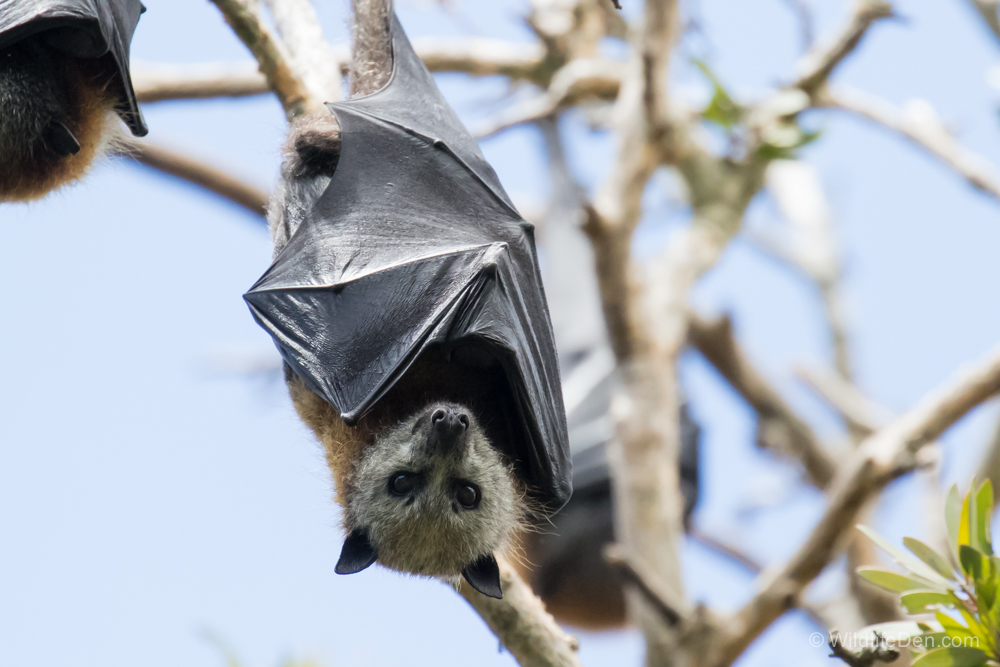 The Grey Headed Flying Fox (Pteropus poliocephalus) is one of the largest bats of Australia. 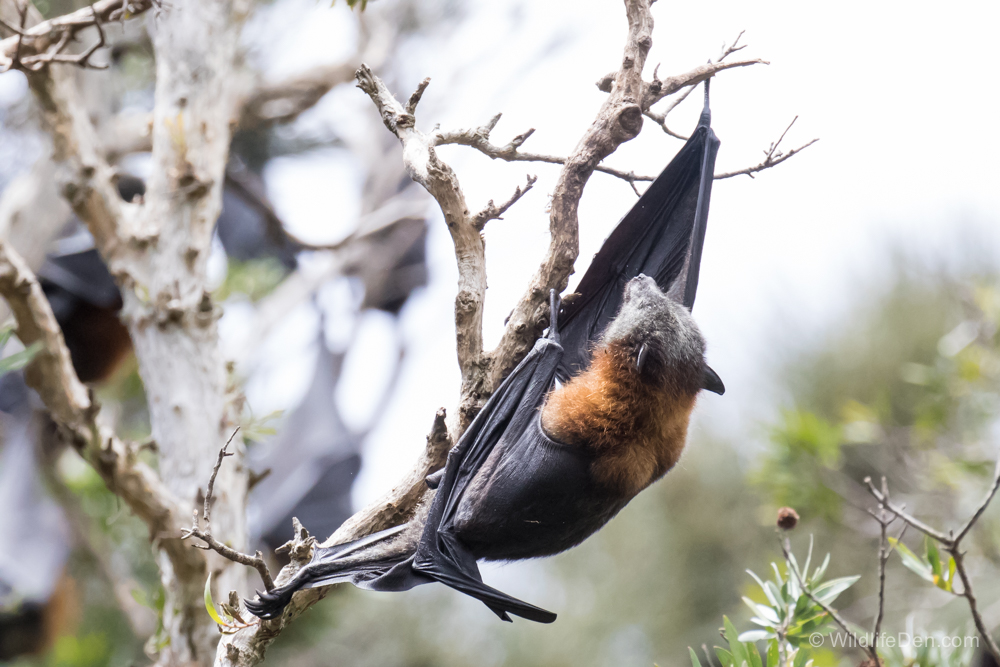 They feed mainly on fruit, flowers and pollen, they leave the roost and travel up to 50kms a night in their search for food. 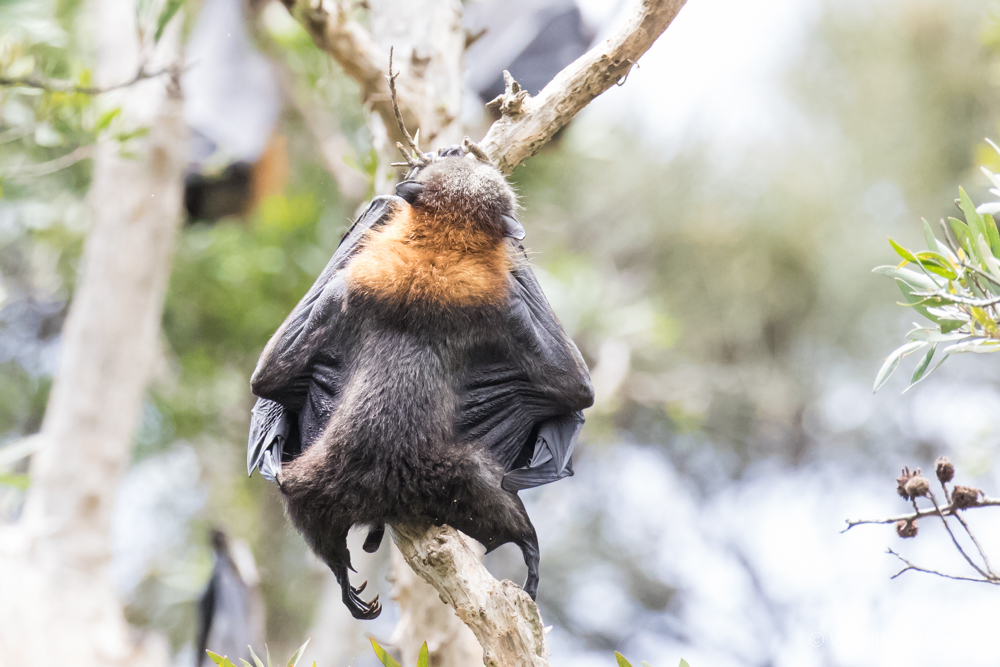 Females give birth to one young a year between September and November, some late births can still occur in January. 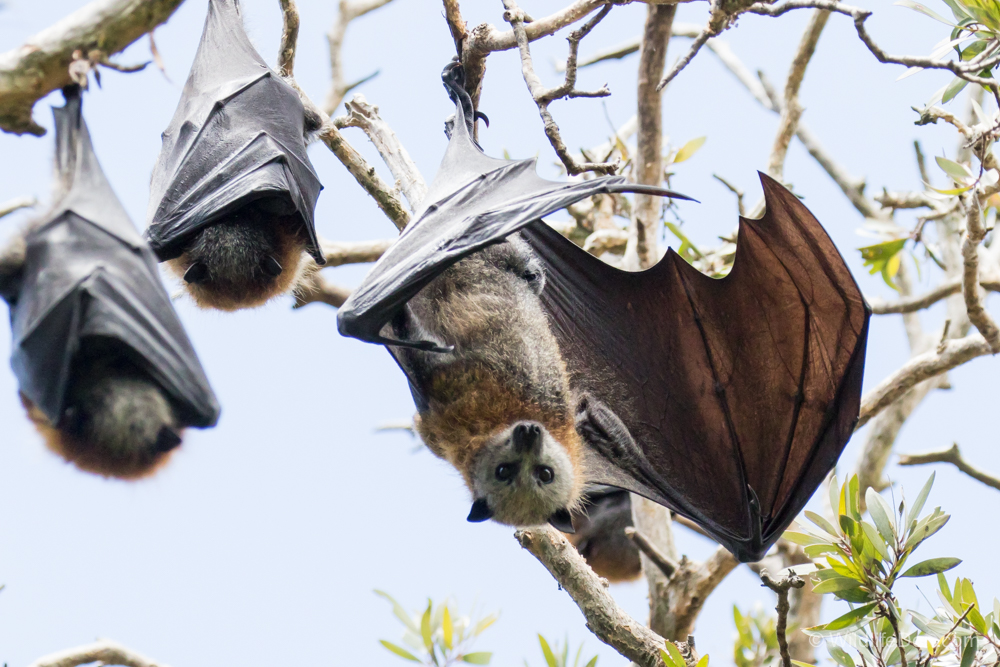 Large numbers of grey-headed flying-foxes (5,000 to ~45,000) – also known as fruit bats – have been roosting within Lachlan swamp, in Centennial Park, since early 2010. We saw large numbers of them in the Park. 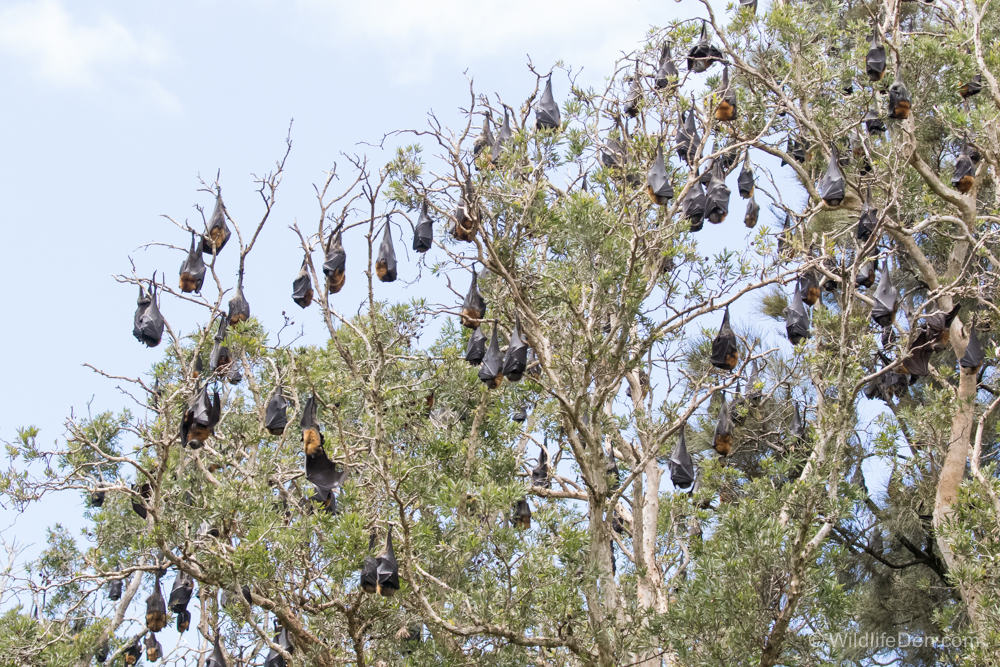 Screeching, shrieking, flying and fighting. It was really a sight to see. 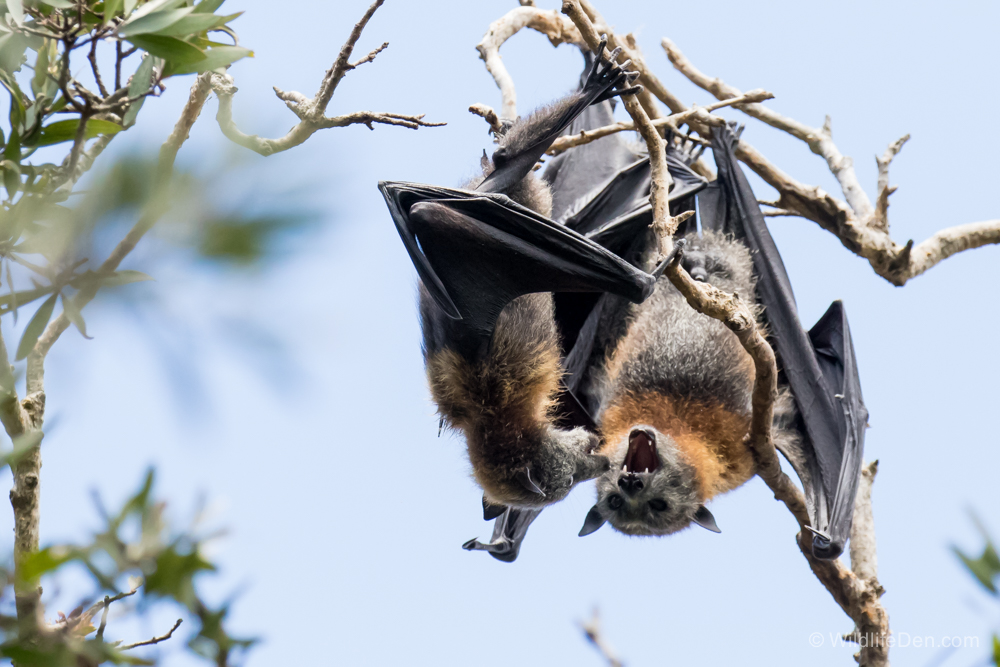