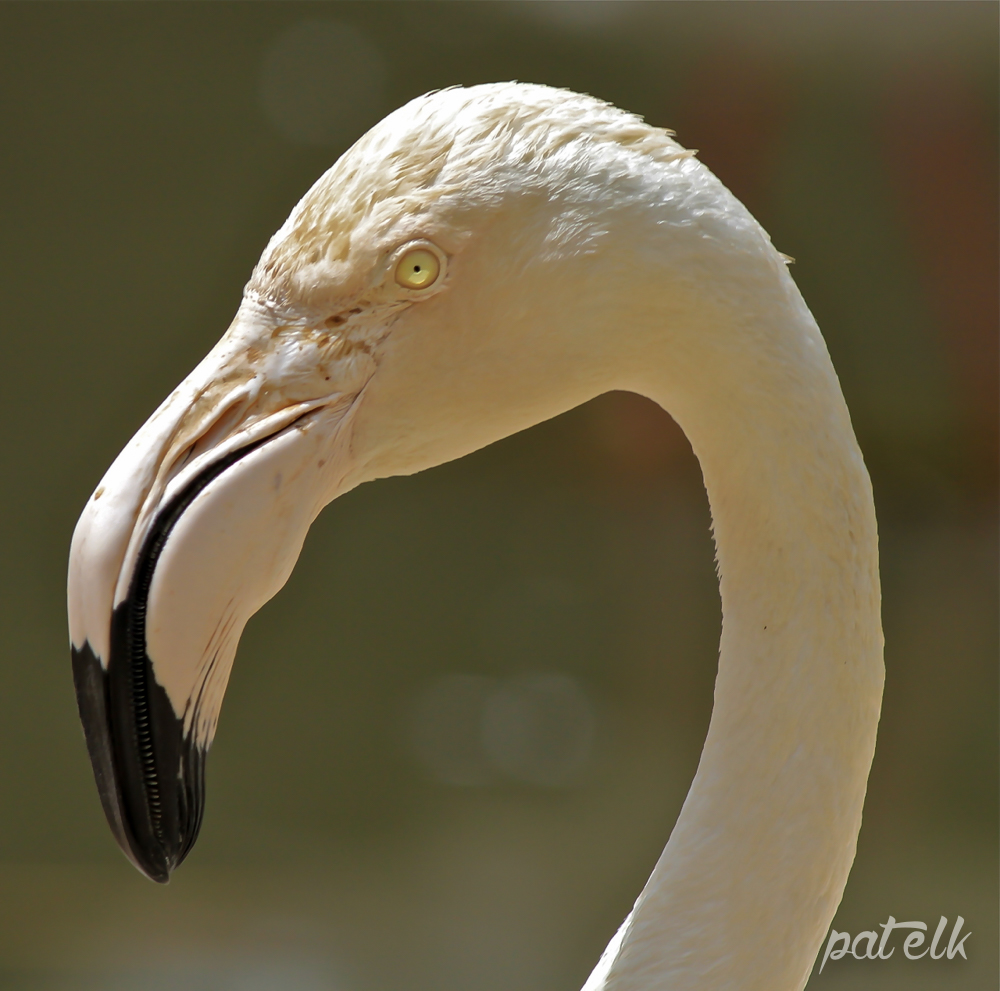 The Greater Flamingo (Afrikaans name, Grootflamink) is a common resident and intra-african migrant. They are found mainly around lakes, salt pans, lagoons and estuaries. They feed mostly on crustaceans and molluscs which they filter from the bottom sediments. 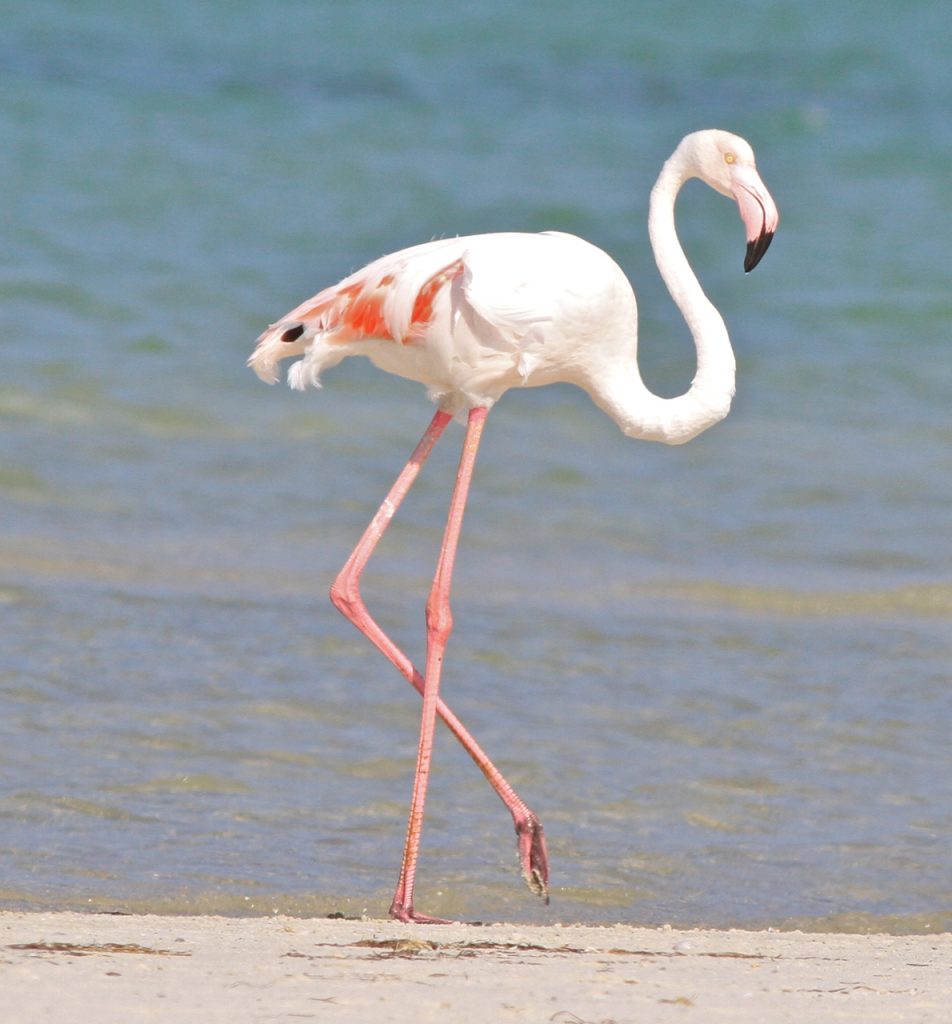 The Greater Flamingo (Afrikaans Name Grootflamink) is the larger of the two South African Flamingoes. They can be distinguished by the black tip on the bill, they have a pale face with creamy coloured eyes. At rest they appear mostly white but in flight the flamingo has salmon pink wing coverts. 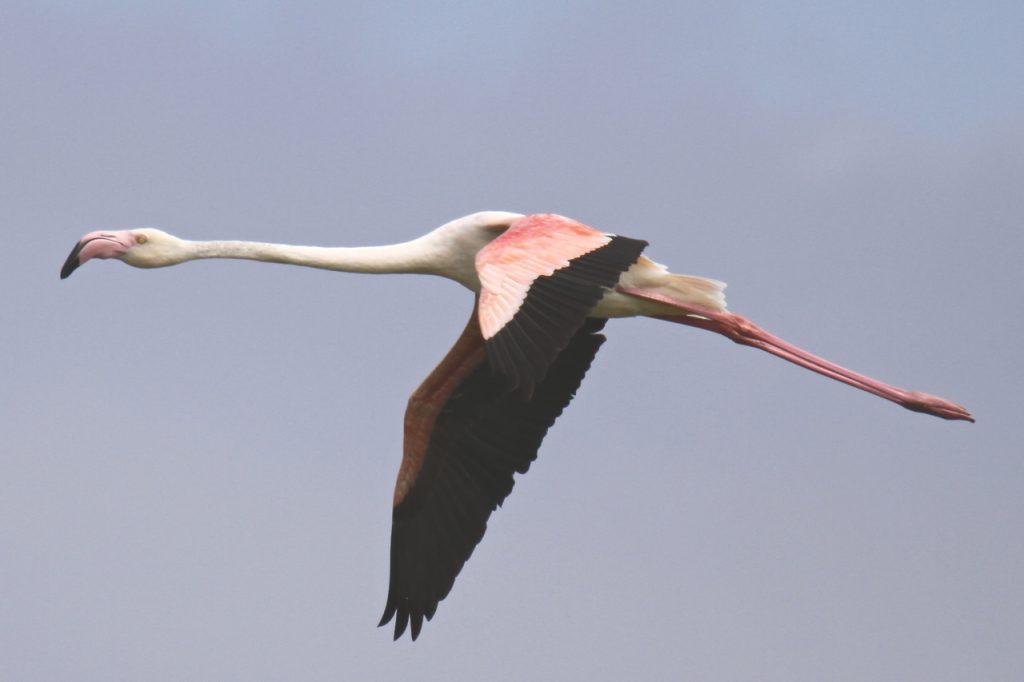 These Flamingoes were spotted on a trip to Strandfontein Settling Pools. They live in enormous flocks in certain parts of the pools and can be seen flying, eating and swimming throughout the day. 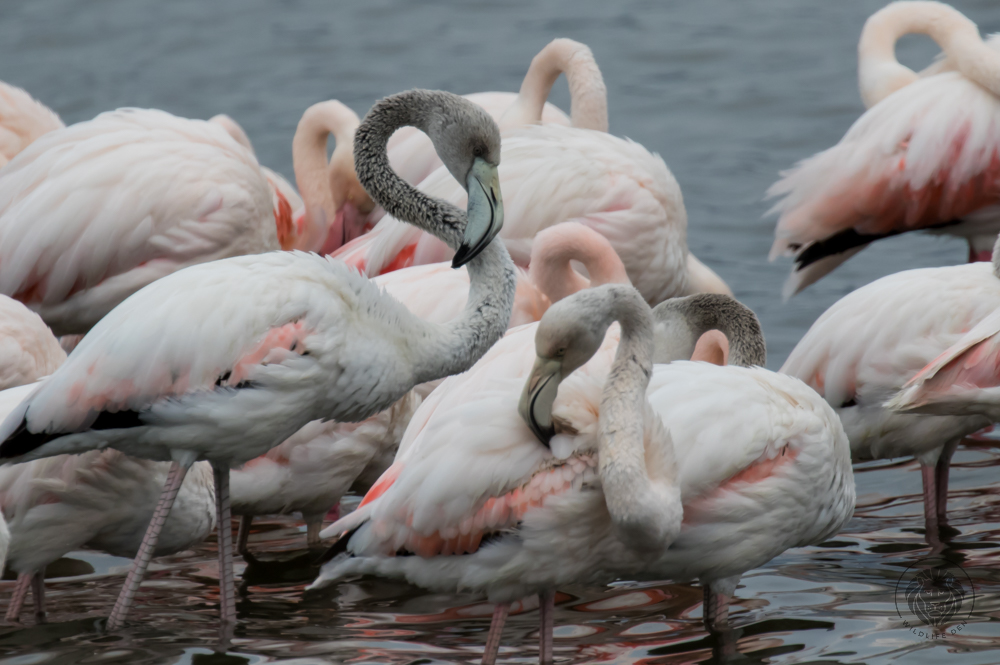 A group of flamingos is called a Flamboyance 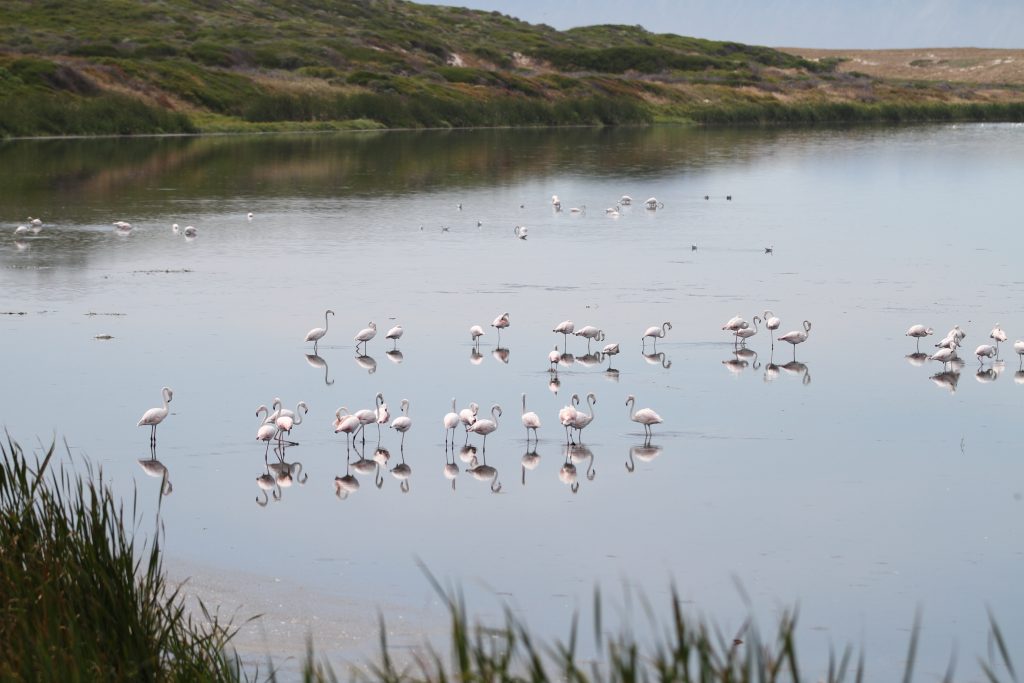