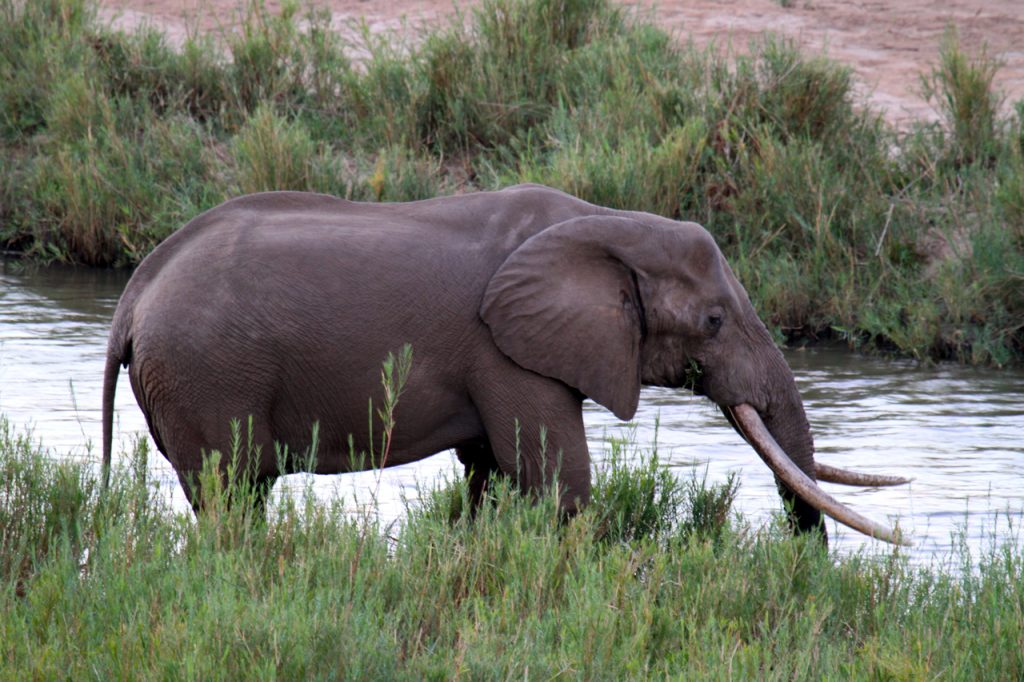 The Elephant (Afrikaans name, Olifant) museum at Letaba (Kruger National Park) identified this tusker as Masthulele. He’s also included in a book on the great tuskers of South Africa, but as a much younger bull with shorter tusks. He’s grown a lot since then – and what a magnificent sight to see. What a privilege to witness in real life. We were so fortunate to see him right from the bench in front of Melville House in the Letaba Camp in Kruger National Park. 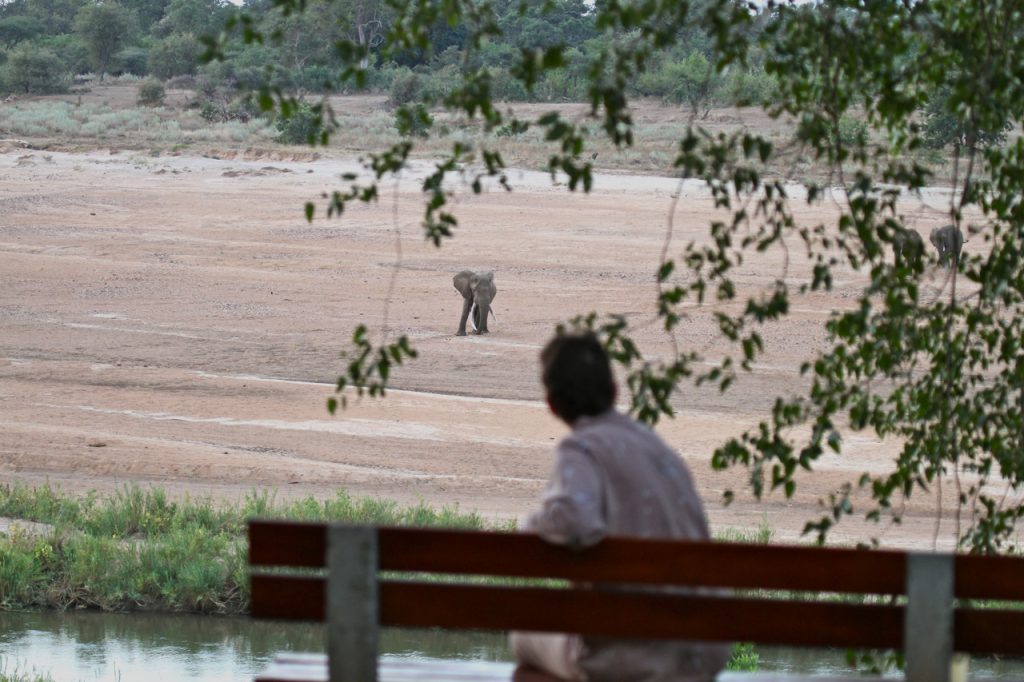 A herd of young elephant bulls being led by Masthulele to the river. 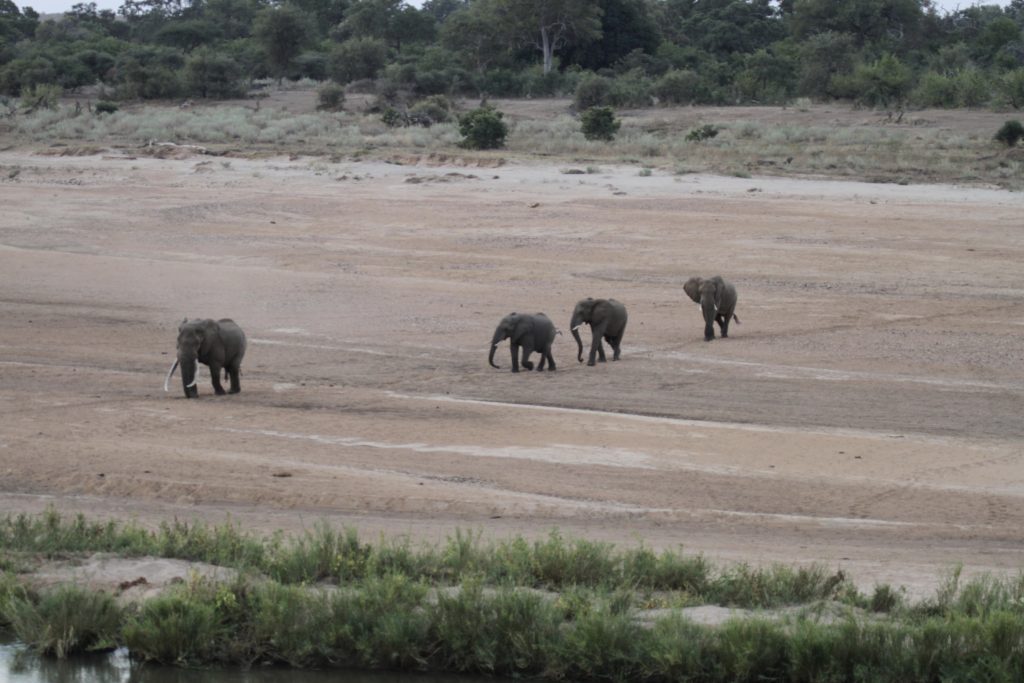 And as they got closer the size of his tusks are quite apparent. 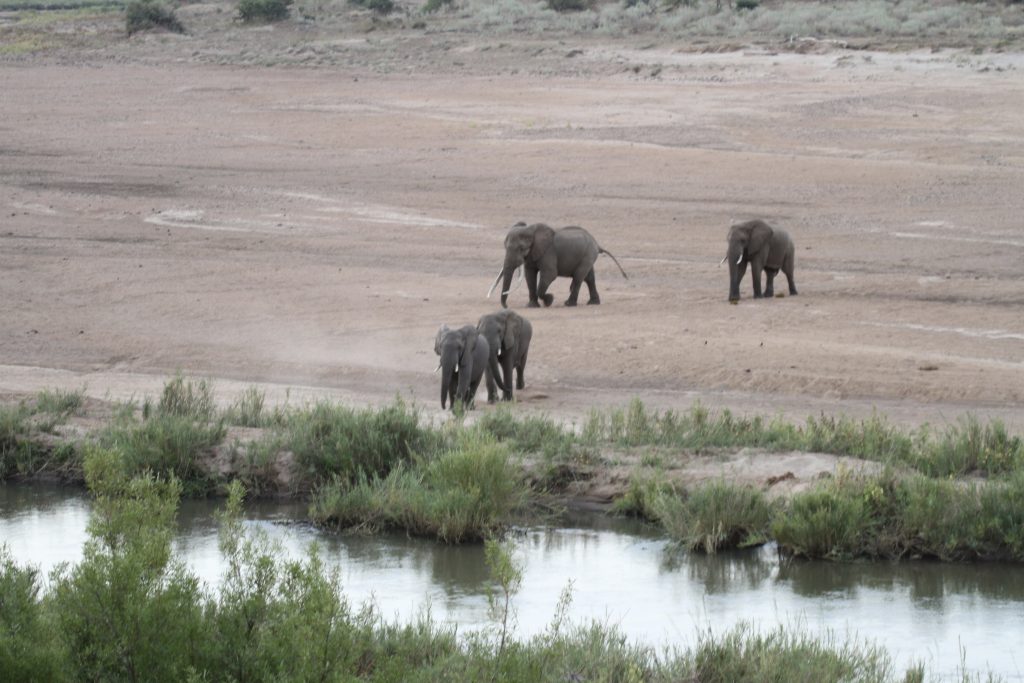 An adult elephant eats 100-200kg of vegetation a day. He must be eating six times that to produce enough energy to carry those tusks around all day. 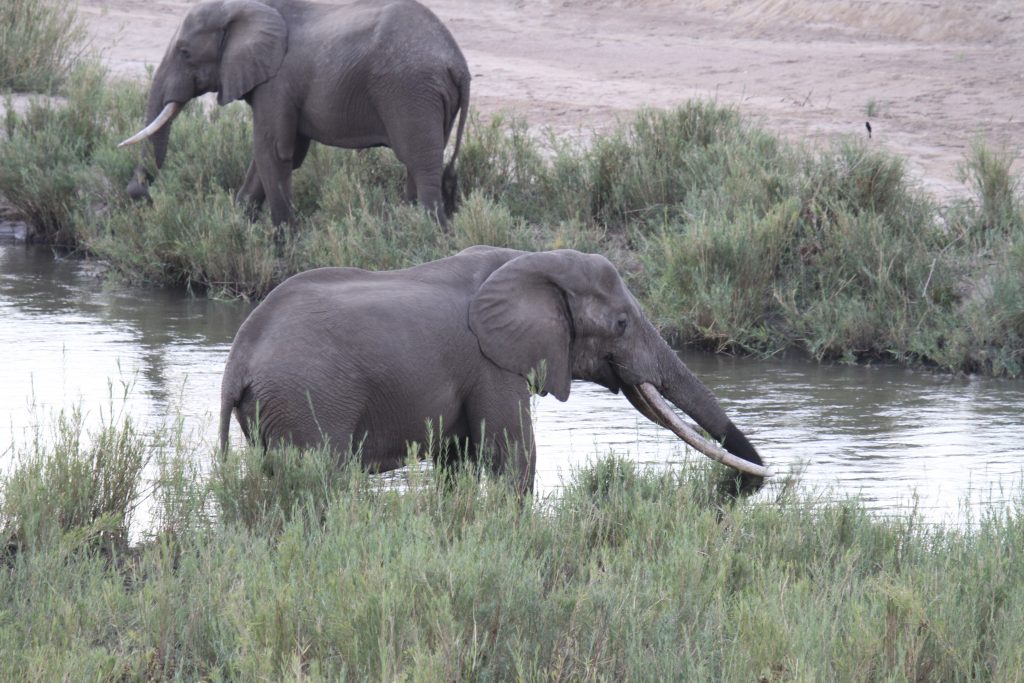 The elephants stayed here for almost an hour, chomping away at the succulent green reeds. 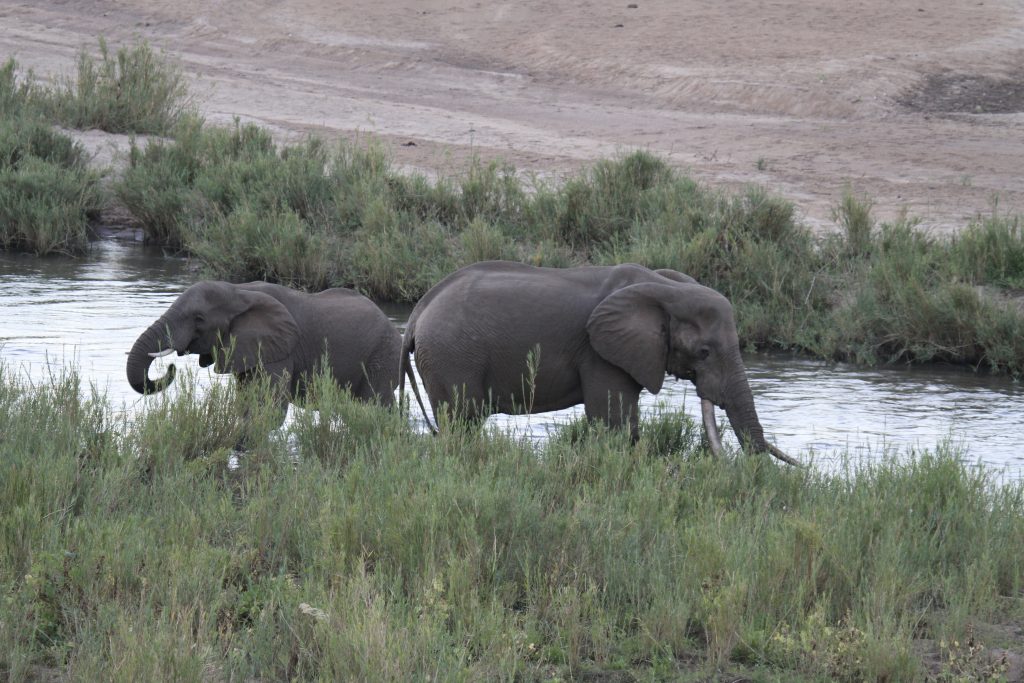 A view of the entire herd feeding alongside and in the Olifants river in the Kruger National Park. 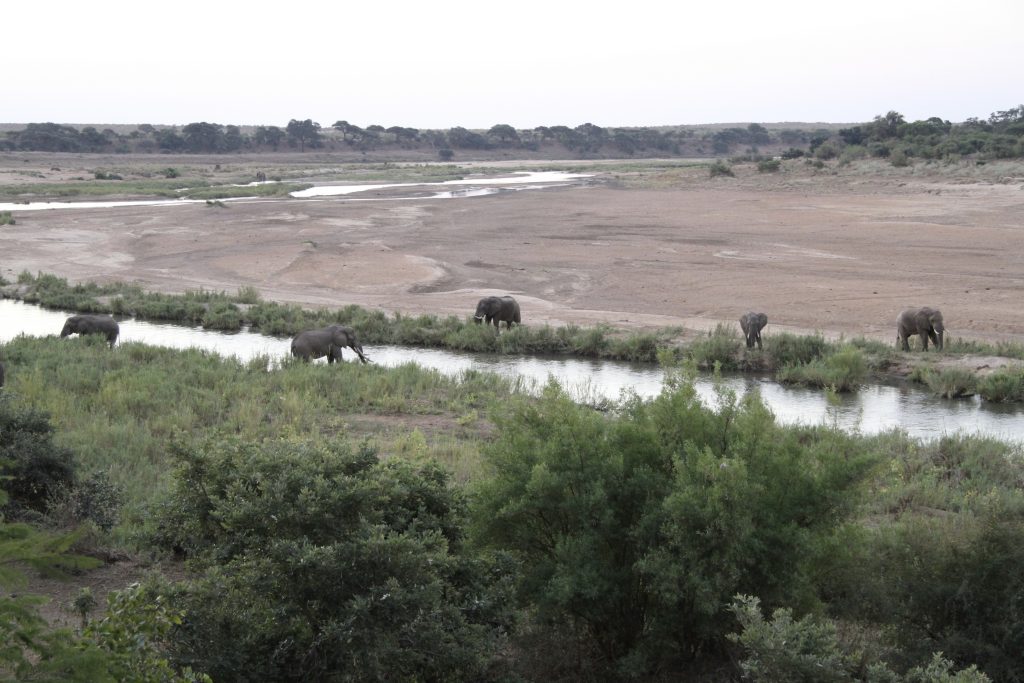 It is with great sadness that we hear from Sanparks that the majestic Masthulele has passed on, here is the official notification:

It is with deep sympathy that we announce the unfortunate passing on of Masthulele, meaning ‘the quiet one’; Masthulele passes on at an estimated age of 49 and 50 years. This bulls name was very appropriate as he lived up to the ‘quiet one’ reputation by being seldom seen, he had only been photographed twice at the time of naming. The first two series of photographs of this bull were both taken from a helicopter during the elephant censuses in 2003 and 2004.

A fight at the beginning of 2008 left him with open wounds on his trunk none of which were life threatening, these have subsequently healed and as a result, Masthulele had notable scarring on his nose which was an aid in his identification.

In the early months of 2015, Masthulele received an injury on his back close to his spine from a bull fight. Despite concerns given his age and general health he recovered well and the wound area healed completely.

In January 2016 with the last confirmed sighting of Masthulele was in the Kingfisherspruit section of the Kruger National Park during his annual pilgrimage to the Timbavati. Efforts by rangers and guests to sight this magnificent bull were ongoing but he remained unseen, a carcass had not been discovered; we hoped that he was still with us.

A carcass found in late 2016 in the Letaba section between Giriyondo and Letaba raised suspicions that perhaps Masthulele had been found as this was his regular stomping ground in autumn and spring. Given the decomposition level of the carcass, a positive ID could not be made at the time.

Images of the ivory were taken and unfortunately, no definitive answer could be given as the presence of a break under the left tusk and a short grass notch raised doubt this was Masthulele as neither of these features were visible in the footage of him on file. An impressive weight and length of the ivory was received from Ivory stores for this ivory which kept suspicions active it could be him; With Masthulele still not being sighted in early 2017 and additional high-resolution images being received of later sightings that showed a subtle change in his ivory towards his final sighting, the decision was taken to arrange a security visit to the Ivory stores with numerous high resolution images taken from different angles to assess if characteristic markings could be found. It is due to security reason this visit could only be arranged for August 2017.

The Kingfisherspruit Section Ranger, who has excellent knowledge on elephants and ivory who knew Masthulele well was accompanied by the Emerging Tuskers Project Coordinator to assist in the process; with access to the Ivory close up and being able to look at all angles sadly several key markers were clearly visible on both tusks when examined and it was agreed by all parties the ivory belonged to Masthulele.

In consultation with Dr. Ian Whyte (retired large mammal scientist) whom Masthulele shared a name with, the lower jaw was examined and a discrepancy in tooth height was noted as well as that his teeth were still in fair condition, this coupled with the last images of him in reasonable health it is felt that nutrition was not a factor in his death. The carcass site was investigated by the Letaba Section Ranger and no foul play is suspected. It is felt the likely cause of death was a bull fight.