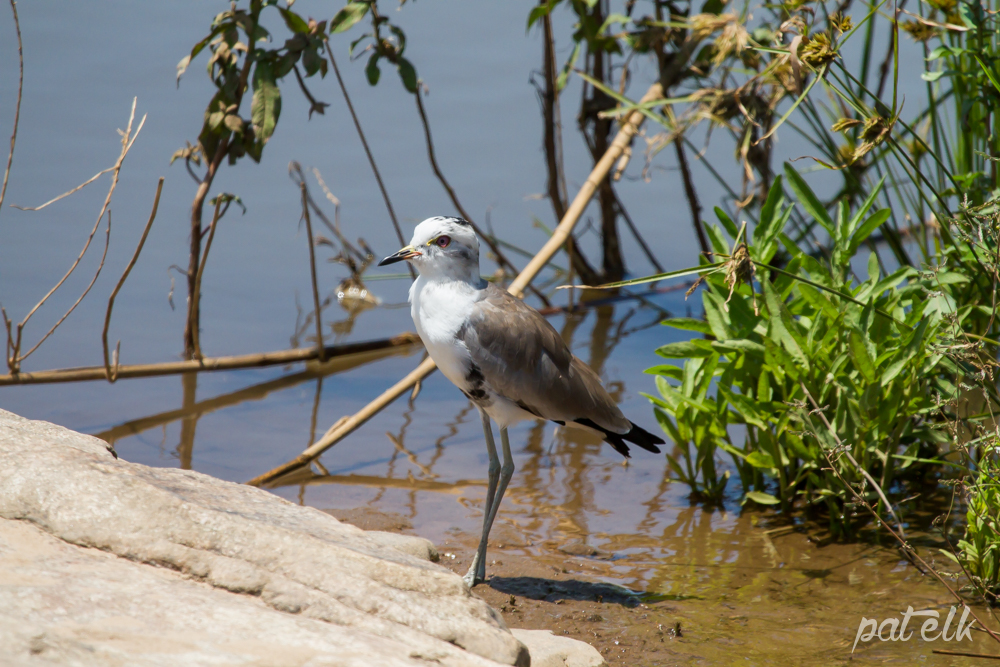 We came across this Blacksmith Lapwing (Formerly known as Plover), Afrikaans name – Bontkiewiet, near Skukuza in the Kruger National Park. The one bird looked very strange with the general look and build of the bird being a Blacksmith Lapwing but the colouring being all wrong. 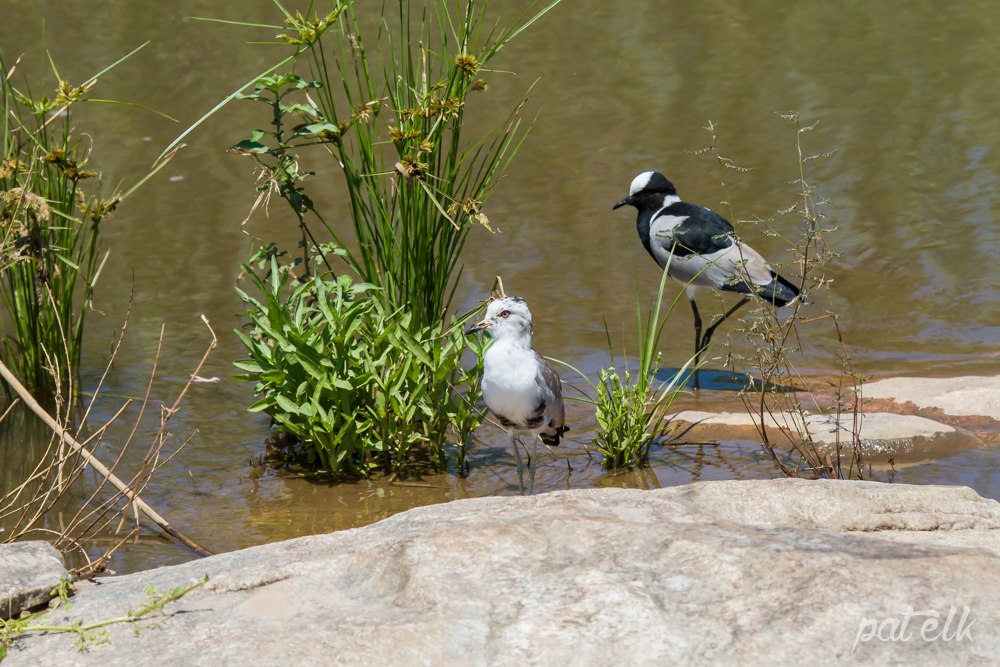 We sent a photo to Trevor Hardacker for identification and he responded saying, “They are the offspring of a hybrid pair of Blacksmith x White-crowned Lapwings which live in that area.” Apparently they have been causing some confusion for the past couple of years. 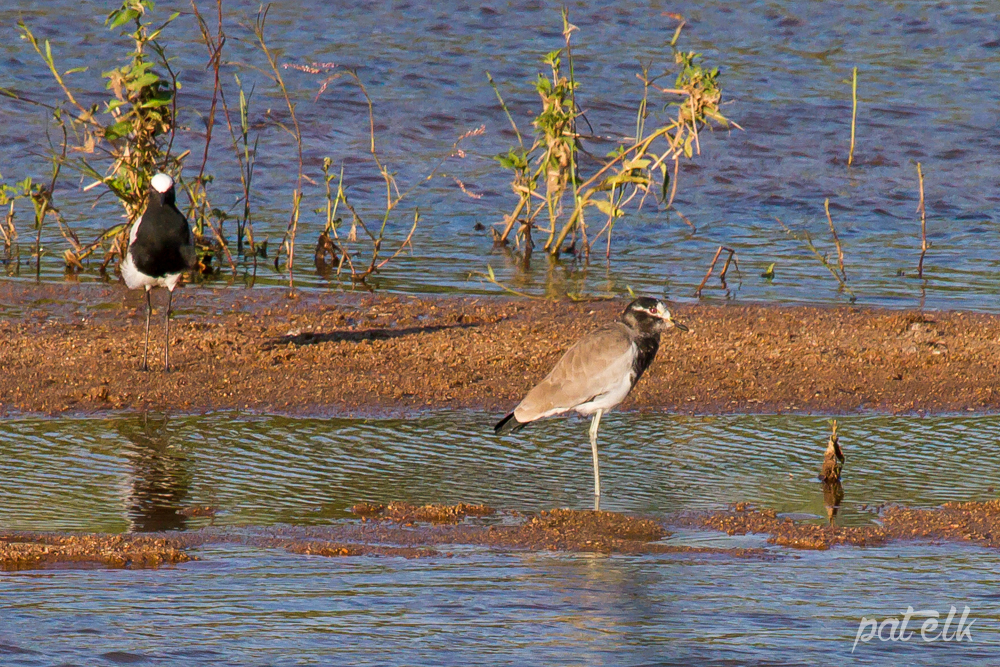 We later saw this second one, not such a great photo as it was far away, this was about 6km away from the other one and as can be seen it is quite different in colouring.