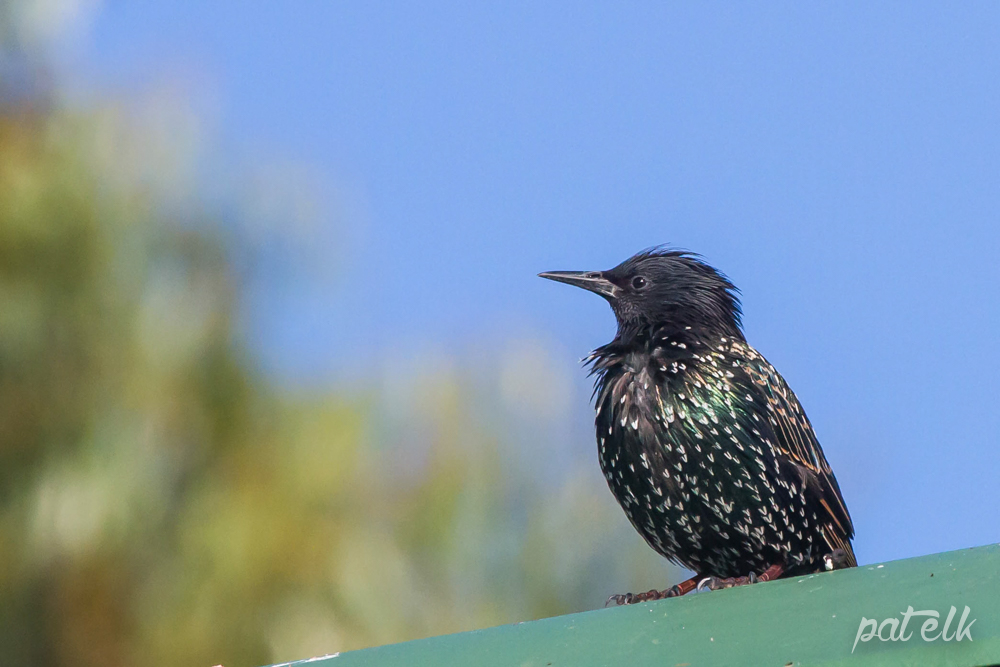 The Common Starling, also known as the European Starling, (Afrikaans name, Europese Spreeu) was introduced from Europe. Its range continues to expand from the original entry point of Durban in Kwazulu Natal. 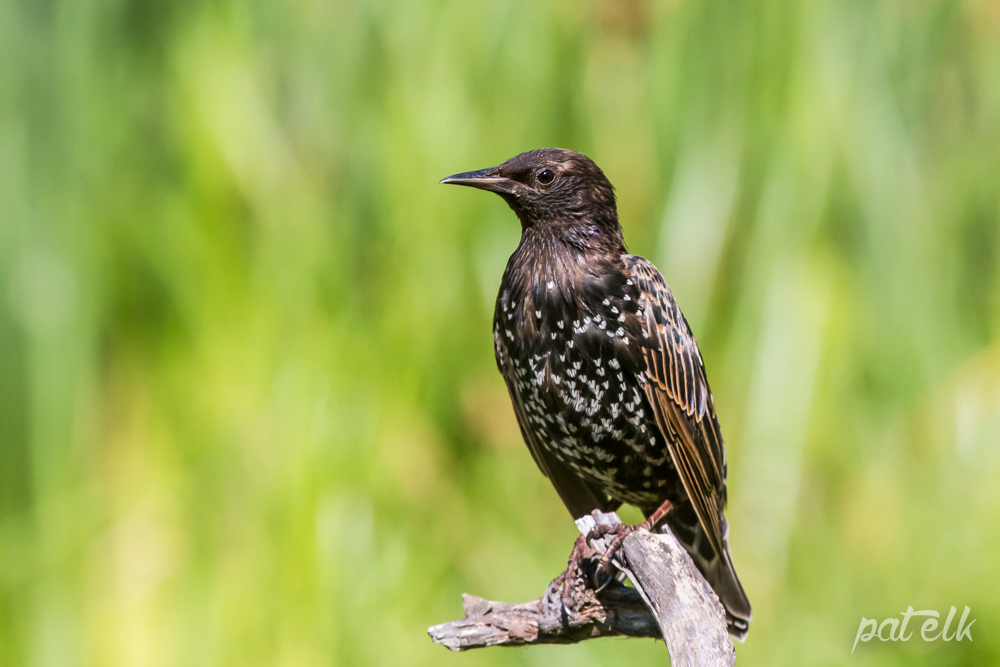 It is now a common resident from towns to open farmlands. Usually has glossy black plumage changing to a speckled plumage and yellow beak during breeding season. A Group of Starlings is called a mumuration. 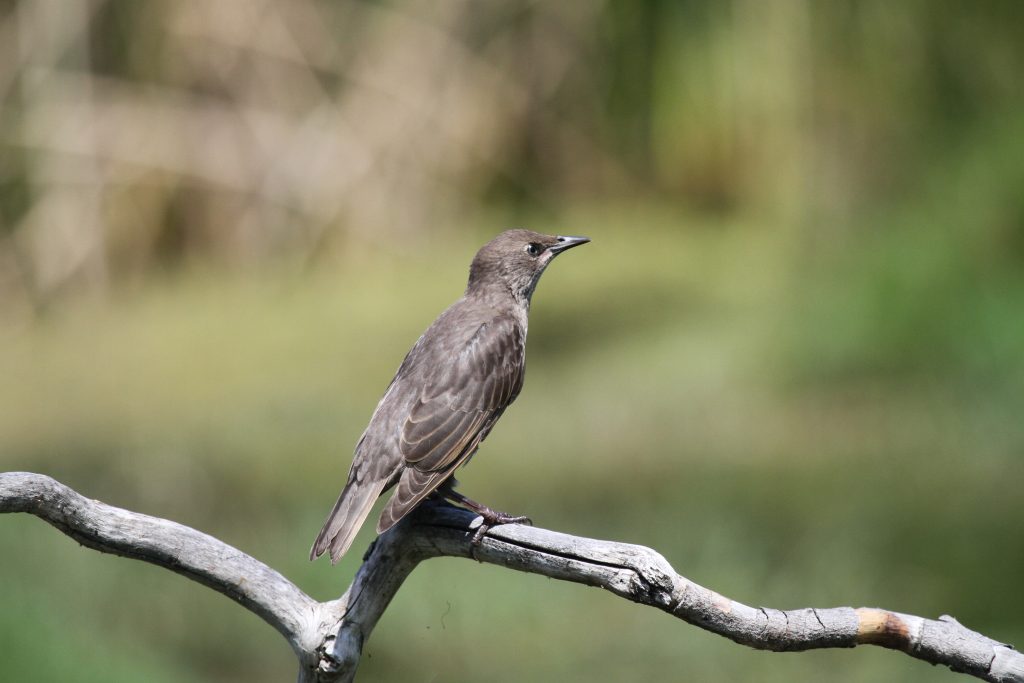 The juvenile is a drab brown with a black bill.