The Cape Dwarf Chameleon, Bradypodion pumilum, (Afrikaans name, Verkleurmannetjie) is only found in the Western Cape and mostly in Cape Town. 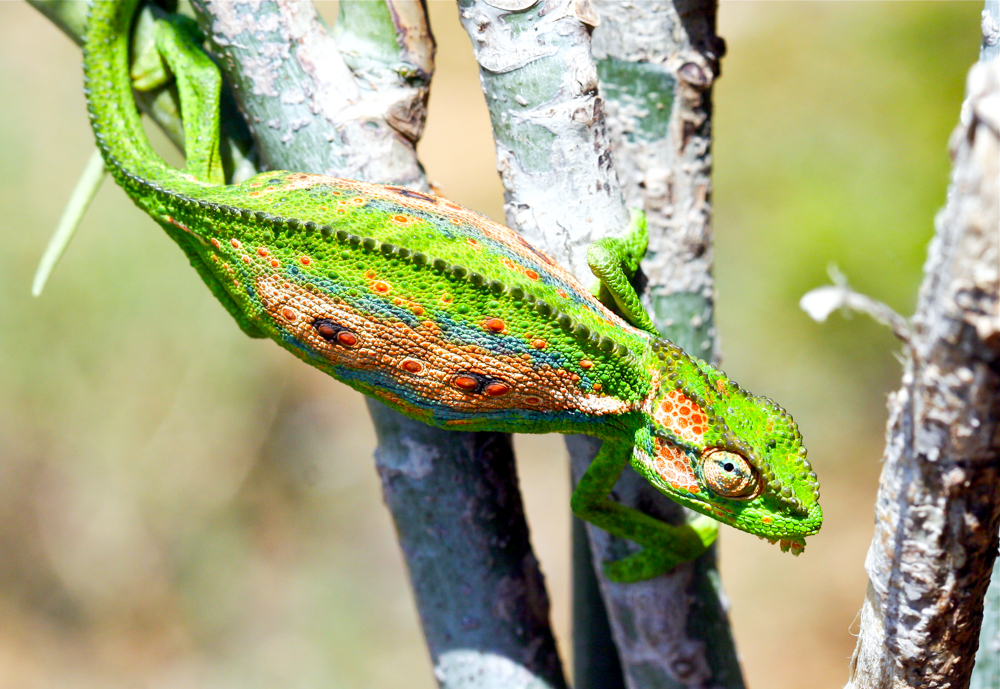 They are quite prolific in some areas and have readily taken to urban gardens. They give birth to live young and only drink water that is collected on the leaves of the plants. 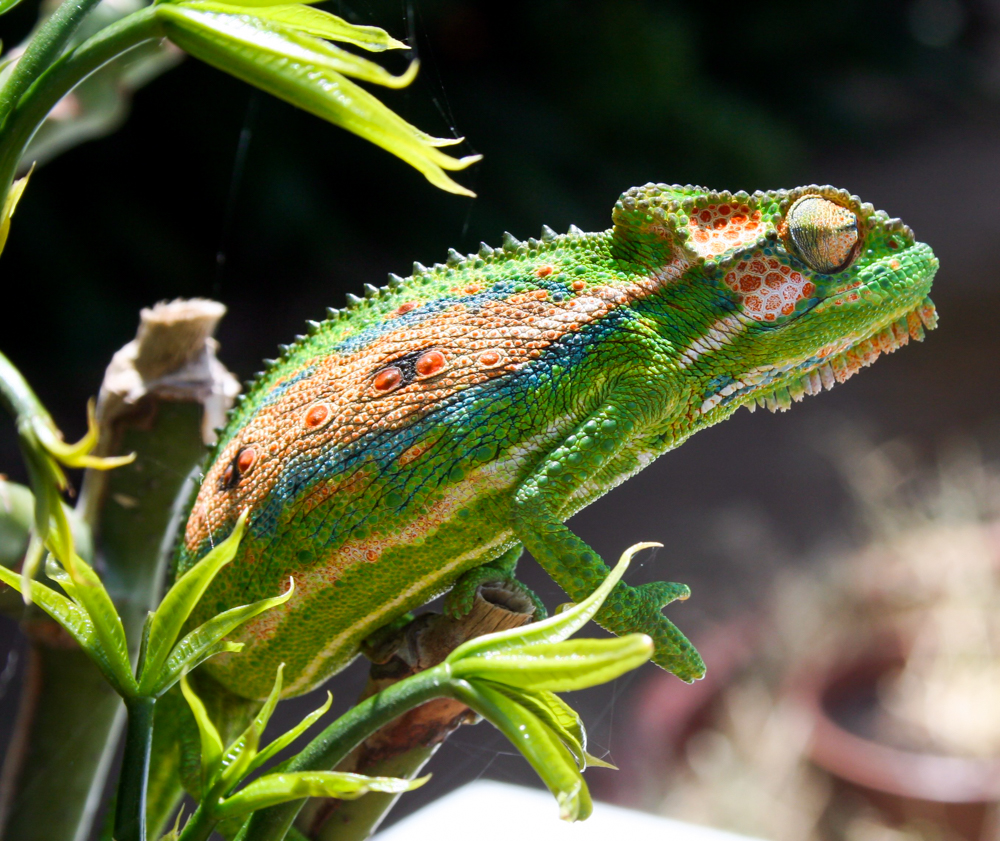 They are such beautiful creatures, with amazing colours, they remind me very much of miniature dinosaurs with their beards and scaly backbones. We have had some in our garden which have given live birth to about eight young. The birds were swooping down trying to catch and eat them and we had to shoo them away in order that the young had time to get into the thick shrubs. 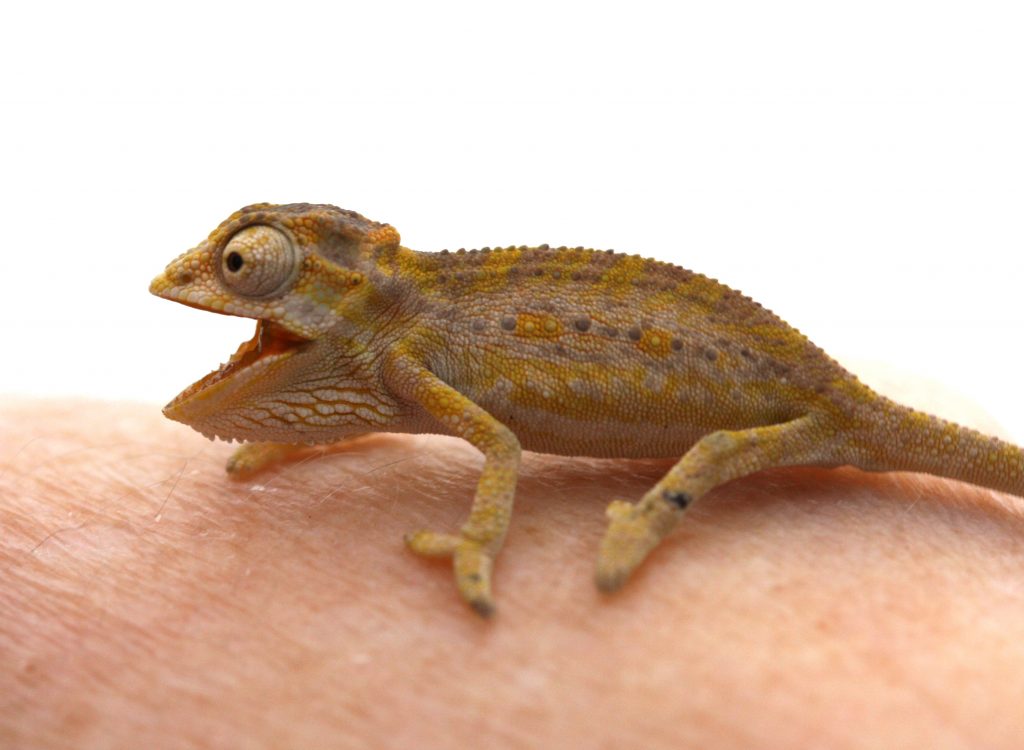 The Cape Dwarf Chameleon is not considered to be an endangered species, but the domestic cats seem to do a good job of eliminating them. The Afrikaans name for Chameleon is Verkleurmannetjie. They are such a pleasure to watch and hopefully we will always have them living in our garden. 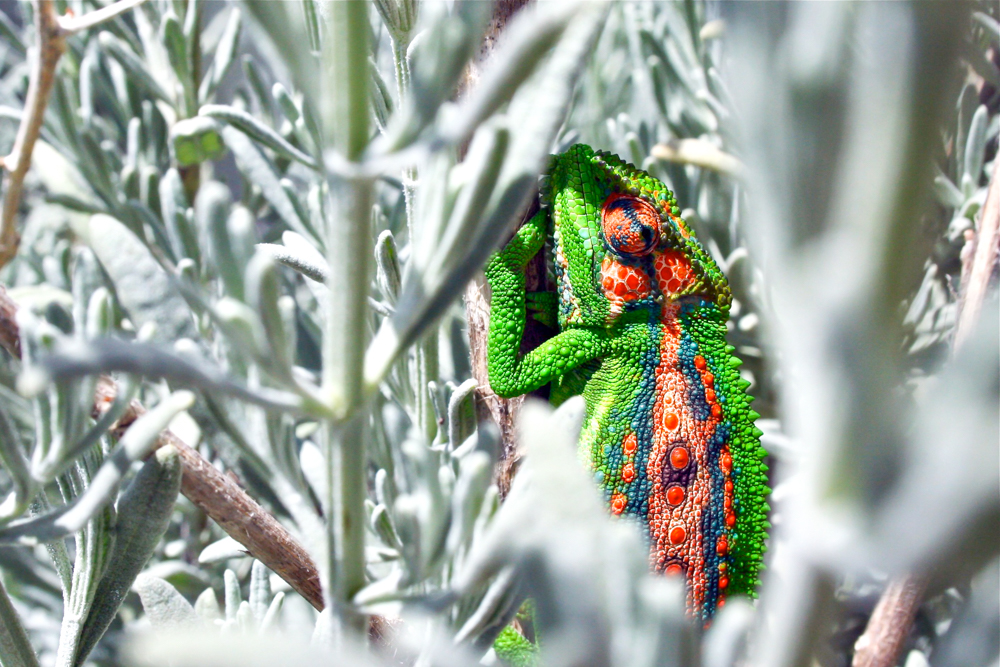