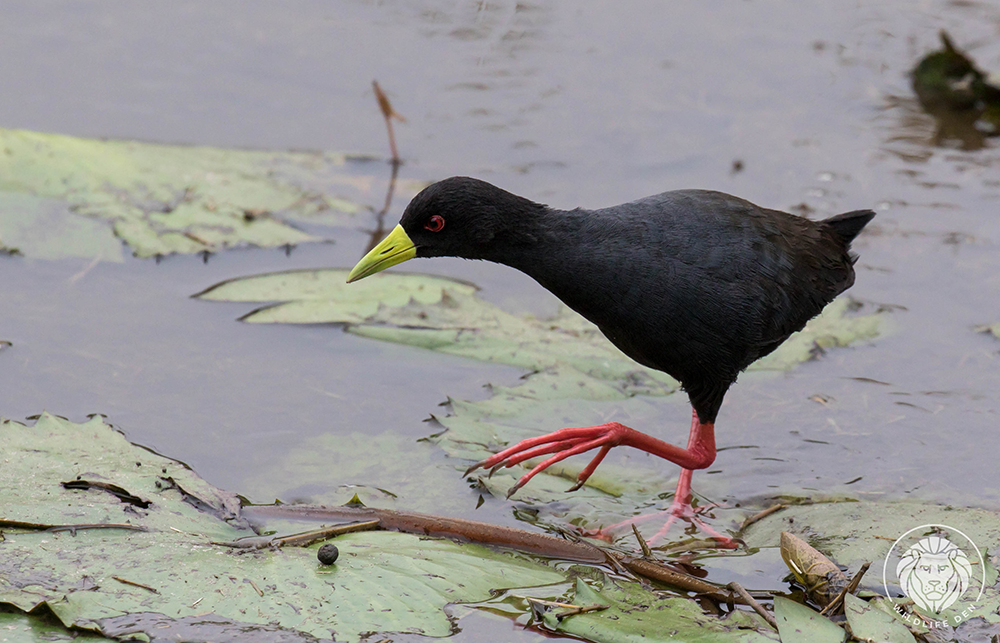 The Black Crake (Afrikaans name Swartriethaan and Zulu name umJekejeke) it is easily recognised by its bright, lunimous yellow beak, with red legs and eyes. 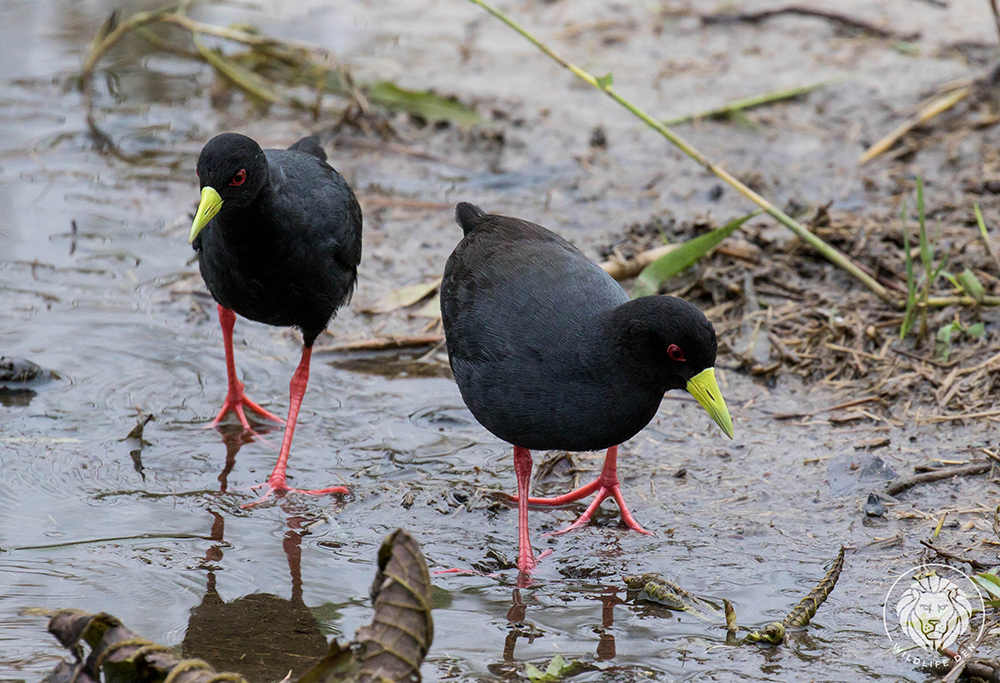 It is fairly common and widespread along the vegetated margins of streams, rivers,dams,pans 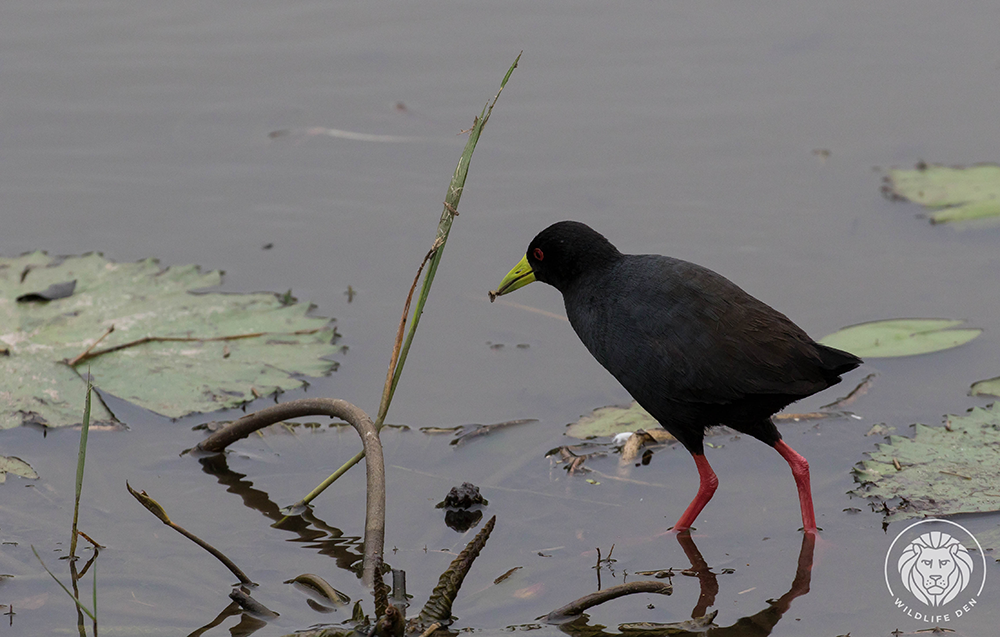 It is a shy bird, dashing out into the open, in the early mornings and late afternoon to feed on various insects, small fish and crustaceans.

The male and female are alike but the juvenile is a brownish colour without the yellow beak and red eyes. 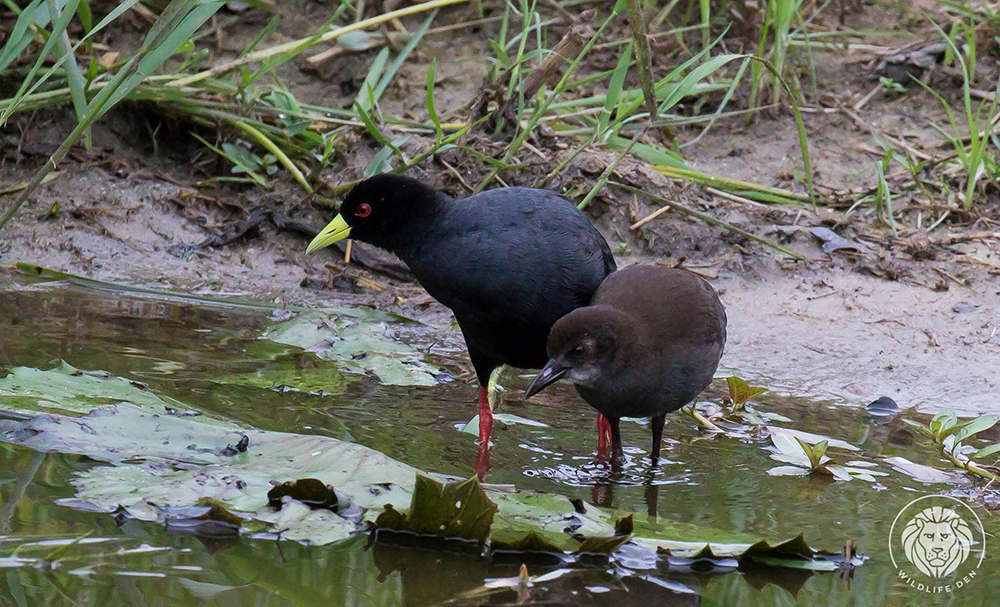