Battle Between A Chameleon And A Boomslang 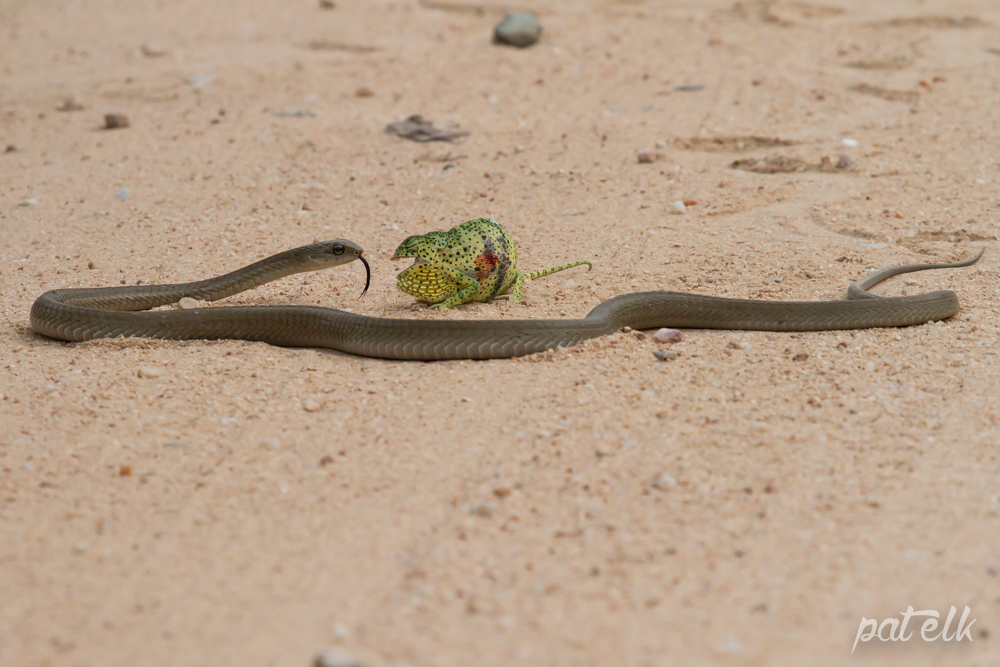 This was a brave battle between a Chameleon and a Female Boomslang in the Kruger National Park. The chameleon had already been bitten by the boomslang but he fought bravely on, defending himself and lunging out at the snake but it would all have been in vain as the boomslang venom is very strong and would eventually kill it. 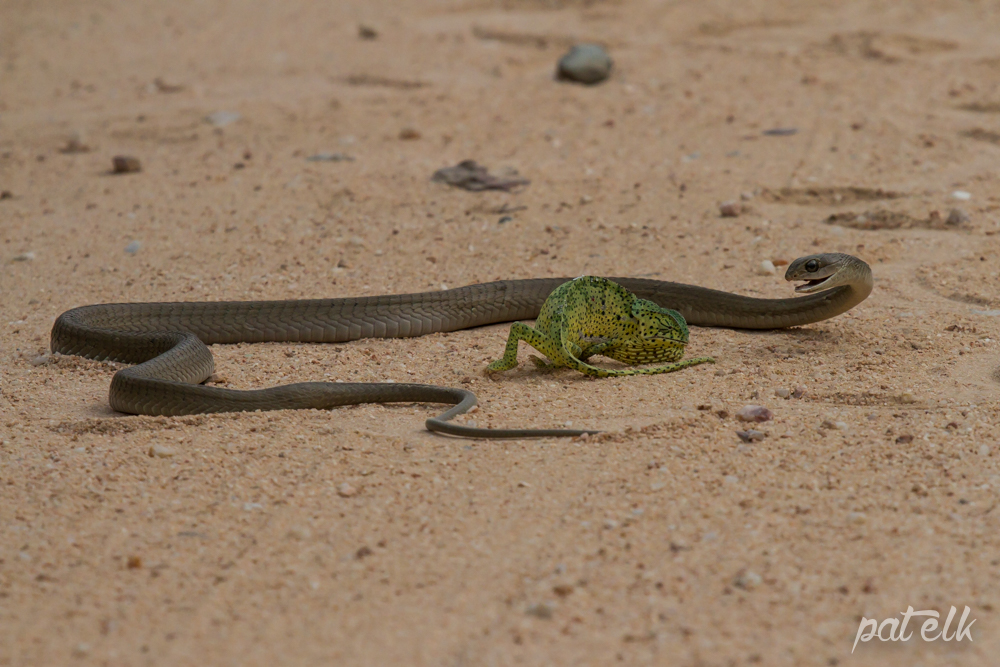 I was told that even though the boomslang left the chameleon it would be back later to collect its meal.