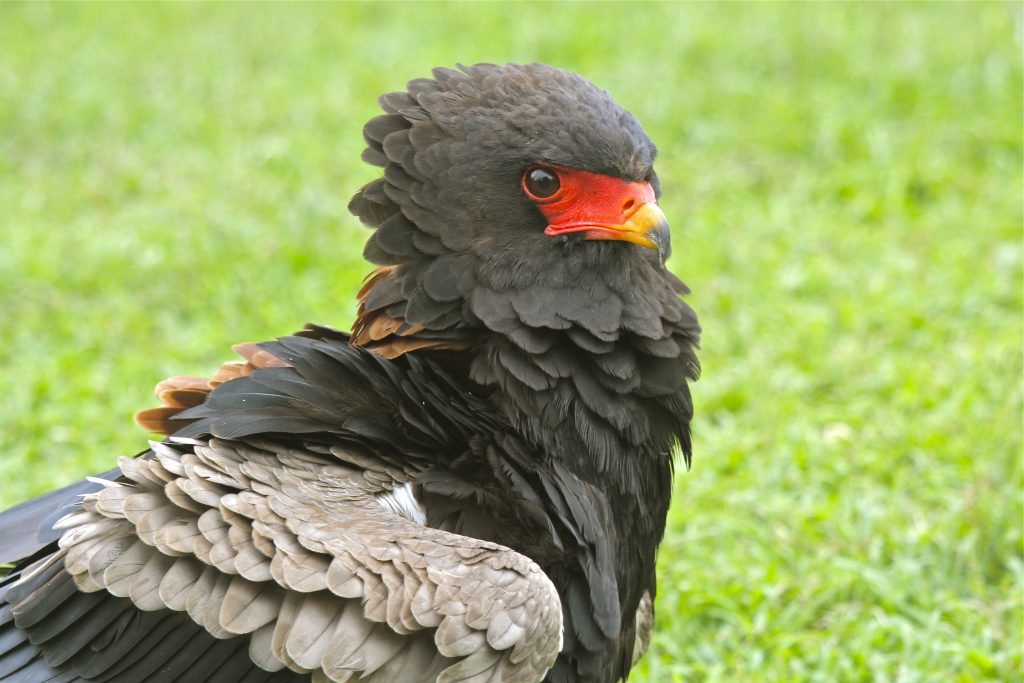 The Bateleur (Afrikaans name Berghaan) is a large raptor which spends most of it’s time in flight. It gets it’s name, meaning tightrope walker in French, from the way it slowly rocks from side to side when in flight. 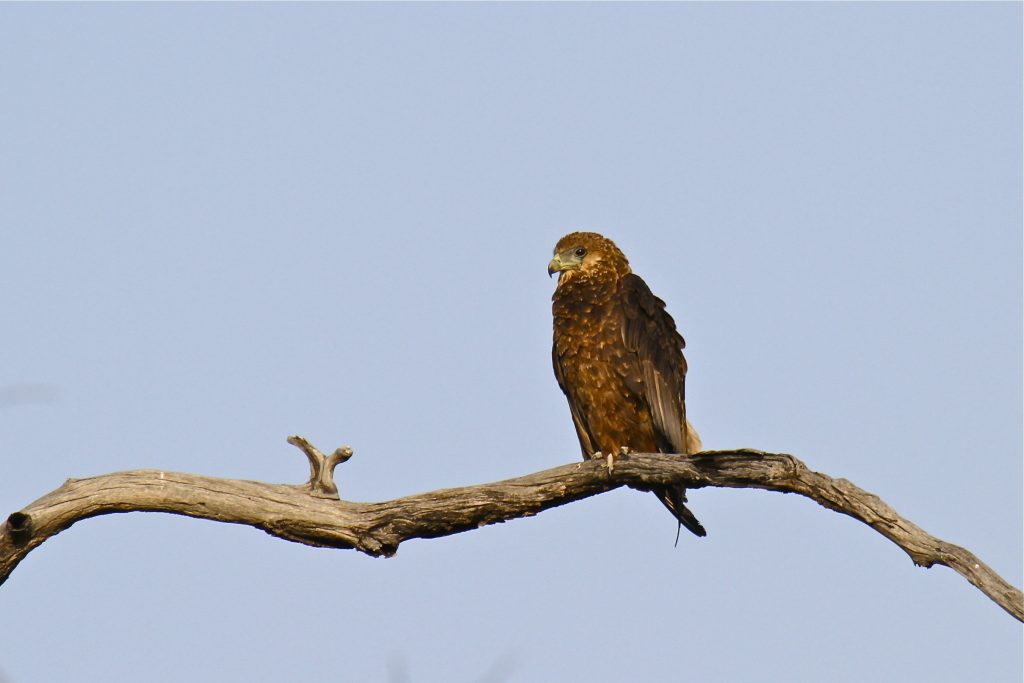 It takes seven to eight years for a Bateleur to reach the beautiful adult plumage. Juveniles are brown and similar in shape to a snake eagle. 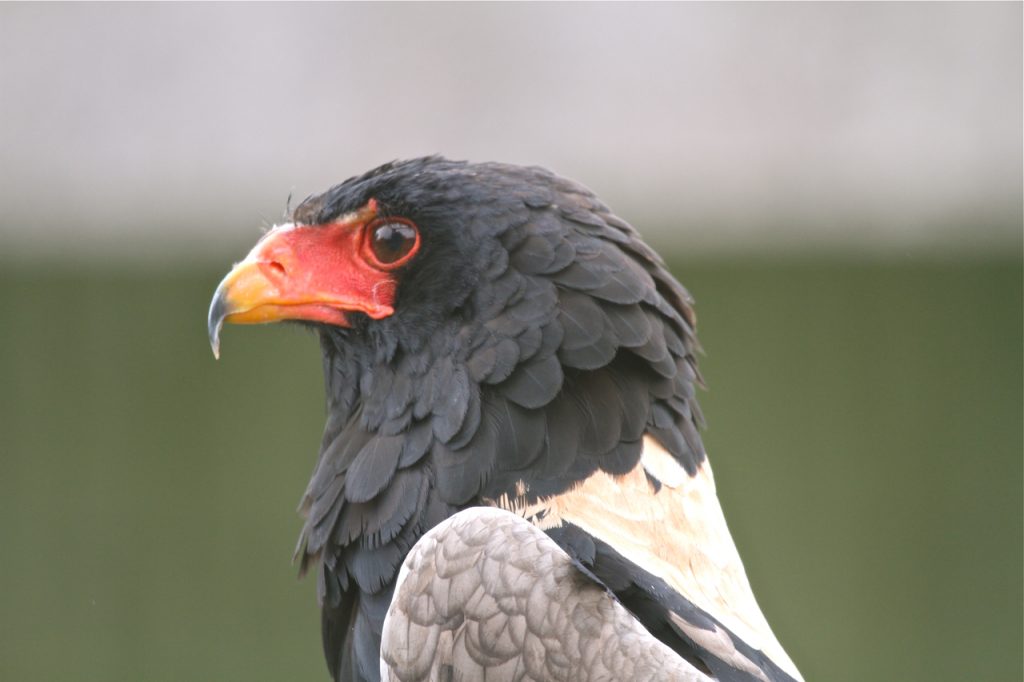 Unlike other eagles, both Bateleur parents share incubation and brooding activities. They lay a single egg in a large stick nest, in the major fork of a tree. 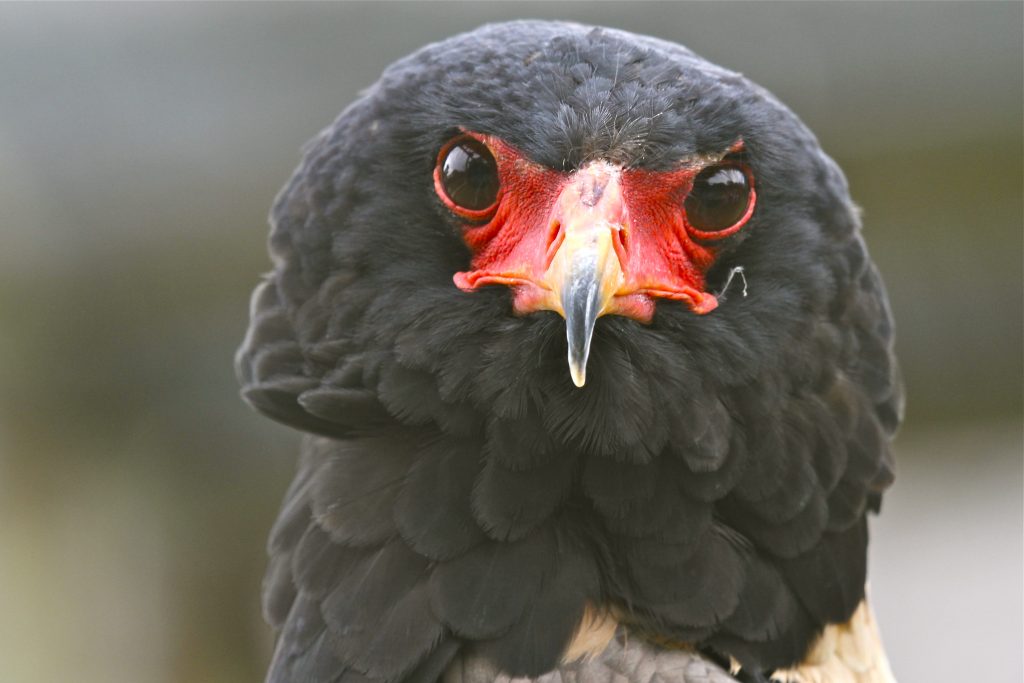 Bateleurs feed mainly on small mammals and other birds, reptiles and will even scavenge at large animal carcasses. Juveniles are sometimes seen eating with vultures.