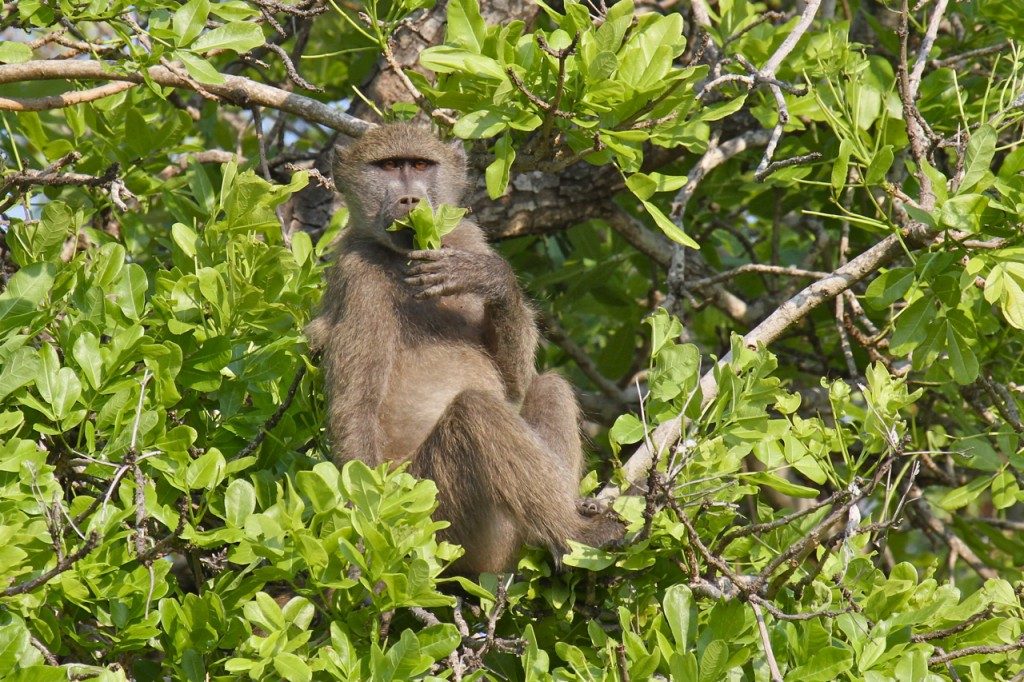 We came across this small troop of Baboons in the Mala Mala Game reserve, they never seem to stop eating, this one was shoveling the leaves into his mouth at a great speed. 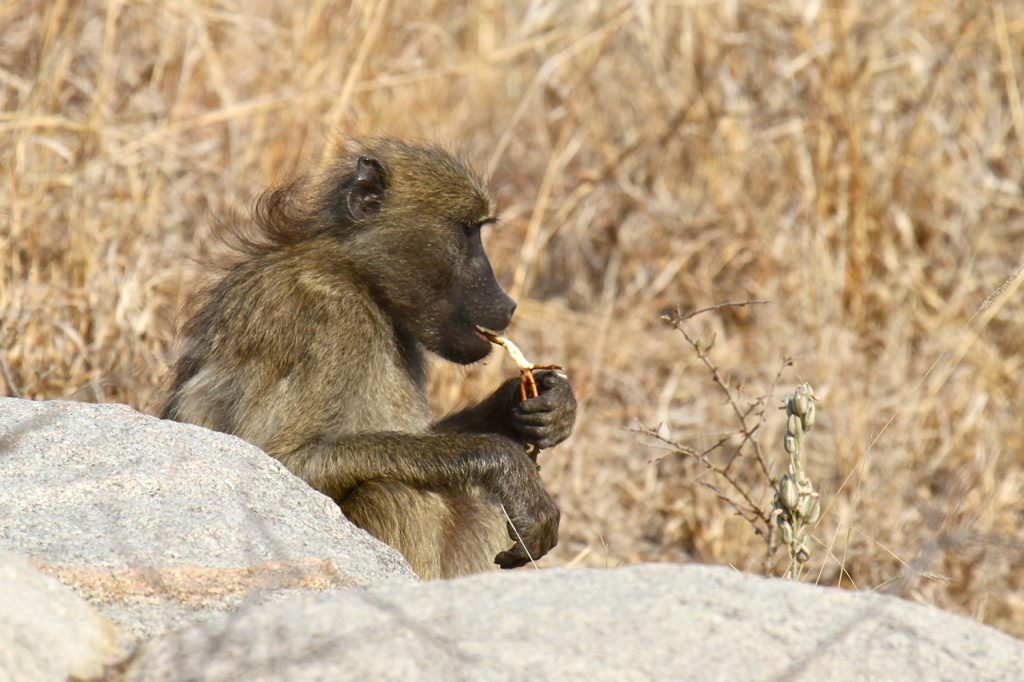 This one decided he needed a snack on the way and stopped off for a morsel. 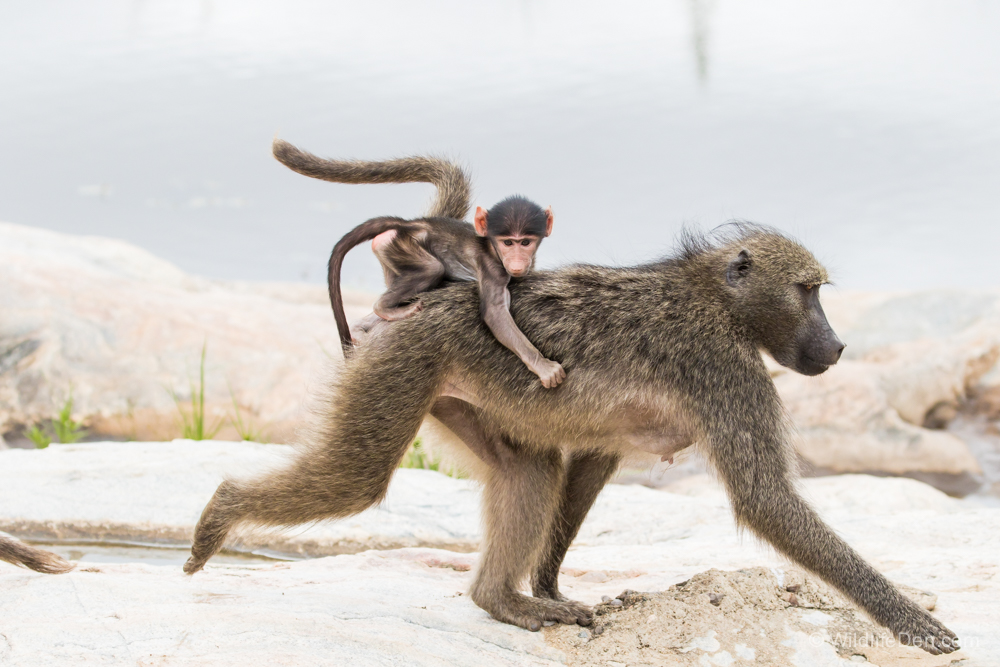 This baby baboon was having an awesome outing, riding on his mother’s back. 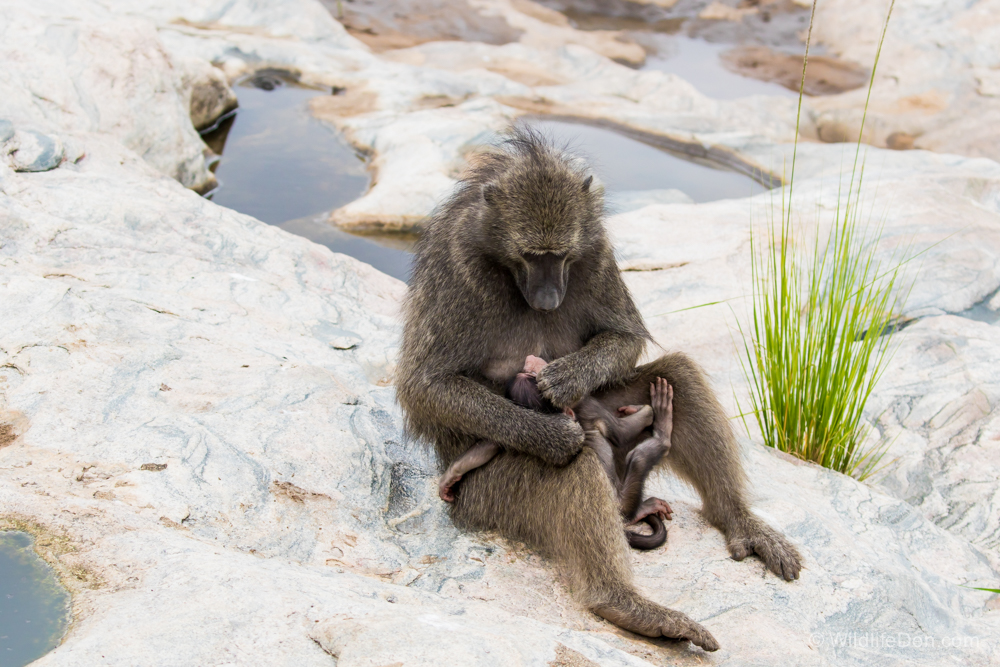 This second female came up and a while later took the baby to cuddle. 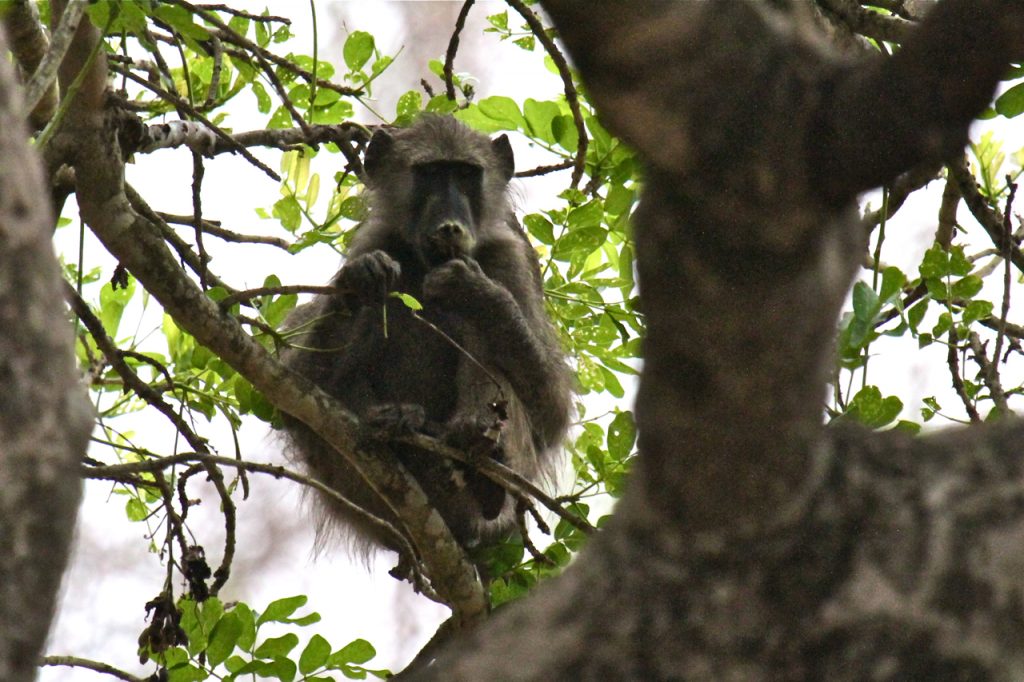 This little guy was trying to hide far away from the big fangs of the older baboons and was having his own private feast.